Ten years ago, in February 2011, Yemenis took to the streets for freedom and the rule of law. But instead, the uprising turned into a war that has lasted for years. Impressions from a torn country. More... END_OF_DOCUMENT_TOKEN_TO_BE_REPLACED

Arabellion and the advent of Joe Biden: Yemen 10 years after the Arab Spring – never lose hopeInterview with Yemen expert Marie-Christine Heinze: "Now is the time to start preparing for reconstruction"Interview with Nobel Peace Prize Laureate Tawakkul Karman: "We need to bring back the Arab Spring!"

Islam scholar and social anthropologist Marie-Christine Heinze is head of an academic exchange project with the University of Sanaa on "Post-conflict Reconstruction in Yemen". In conversation with Elisa Rheinheimer-Chabbi, she talks about weapons from Germany, crucial reforms and why Yemeni women are the ones healing social rifts END_OF_DOCUMENT_TOKEN_TO_BE_REPLACED

Omitted from the United Nations' list of shame: Yemen's dead and injured children haunt Saudi-led warBearing the brunt of the war: Yemeni families in dire straitsWomen's rights in Yemen: Making the most of the space availableNobel Peace Prize Laureate Tawakkul Karman: "We need to bring back the Arab Spring!"

Yemen's Arab Spring uprisings led to a raging civil war that has inflicted immense suffering on the population for the past seven years. Will the United States' halt on arms sales to Saudi Arabia and a new envoy help bring peace? By Jennifer Holleis END_OF_DOCUMENT_TOKEN_TO_BE_REPLACED

10 years of Arabellion: The buds of the Arab SpringInterview with Nobel Peace Prize Laureate Tawakkul Karman: "We need to bring back the Arab Spring!"Unrest in the Arab world: The genie is out of the bottleSaudi Arabia and the U.S.: MbS courts Joe Biden over Iran fears and the economy

Report from a disintegrating world: the early Islamic buildings of Sanaa are suffering from the effects of climate change and war. This world heritage site could be lost forever. By Paul-Anton Kruger END_OF_DOCUMENT_TOKEN_TO_BE_REPLACED

Ten years after the start of the Arabellion in North Africa and the Middle East, many view the movement as a failure. But rather than being over, it has now entered a more mature phase with new forms of protest. An assessment by Claudia Mende END_OF_DOCUMENT_TOKEN_TO_BE_REPLACED 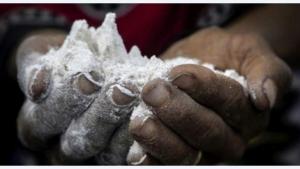 Making the most of the space available

Yemen's modern history has never seen a coherent and consistent women's movement, but rather temporary and fragmented movements with different priorities, such as women's struggle against human rights violations, and feminists' focus on combating patriarchal tribal structures that discriminated against women. But, writes Afrah Nasser, they all stemmed from genuine concerns for human rights and democracy END_OF_DOCUMENT_TOKEN_TO_BE_REPLACED

Interview with Nobel Peace Prize Laureate Tawakkul Karman: "We need to bring back the Arab Spring"Women in Egypt: The long and bumpy road to gender equalityWomen's liberation in the Gulf: Arab women – fighting for their rights for 60 years

Is he a reformer, a despot, or both? Ben Hubbard's detailed biography explores Mohammed bin Salman's style of rule – even though he has not yet acceded to the Saudi throne. Moritz Baumsteiger read the book END_OF_DOCUMENT_TOKEN_TO_BE_REPLACED

Islamic environmentalism: The call to eco-jihadInterview with environmental expert Tarik M. Quadir: "If we don’t pull together to save the earth, we will ‘sink’ together"Environmental protection in Islam: Patterning natureQantara dossier: Climate change

Morocco officially declared itself a country of immigration in 2013, responding to the growing number of immigrants arriving from sub-Saharan Africa. Since then, tens of thousands of illegal aliens have been given residence permits, making them legal residents of the country. Despite this progress, however, Morocco's immigration policies remain inconsistent, and society has yet to truly accept the newcomers. By Claudia Mende END_OF_DOCUMENT_TOKEN_TO_BE_REPLACED

Just one day after the UN Secretariat omitted Saudi-led forces from a "list of shame", an airstrike killed four children. The UN is under pressure to acknowledge Saudi Arabia's role in killing and maiming children. By Lewis Sanders IV and Kerstin Knipp END_OF_DOCUMENT_TOKEN_TO_BE_REPLACED

Yemen's Saudi-backed government and southern separatists agree on ceasefireCOVID-19 pandemic: Coronavirus pushes Yemen to the brinkInterview with Wafa′a Alsaidy, co-ordinator of Medecins du Monde in Yemen: At the expense of the Yemeni people

War, poverty, cholera – and now coronavirus has taken hold in Yemen. The country could collapse, aid organisations fear. A Yemeni journalist talks about the situation in her country. By Diana Hodali END_OF_DOCUMENT_TOKEN_TO_BE_REPLACED

Yemen pledging drive seeks $2.4 billion to save aid operations as coronavirus spreadsYemen conflict: Saudi Arabia's botched warInterview with Wafa′a Alsaidy, co-ordinator of Medecins du Monde in Yemen: At the expense of the Yemeni peopleInterview with Hooria Mashhour: On the rebels′ blacklist

The anti-Israeli Quds Day did not take place this year – a first both for Iran and Lebanon's Hezbollah. While Hezbollah leader Nasrallah sees his organisation in a state of siege, revolutionary leader Khamenei resorted to blatant provocation. By Ali Sadrzadeh END_OF_DOCUMENT_TOKEN_TO_BE_REPLACED

Hezbollah chief rejects U.S. pressure to beef up role of UN peacekeepersHezbollah, Lebanon's Iran-backed paramilitary organisationU.S.A and Iran: Trump – agent provocateurIsraeli attacks on bases in Iraq: Is war with Iran on the horizon? 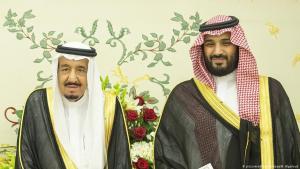 The economic backlash of the corona pandemic already means dramatic consequences for the Saudi royal family. But what happens when it becomes too expensive for them to fulfil their part of the social contract and the Saudi people rebel? An analysis by Karim El-Gawhary END_OF_DOCUMENT_TOKEN_TO_BE_REPLACED

Interview with Nobel Peace Prize Laureate Tawakkul Karman: "We need to bring back the Arab Spring!"Turkeyʹs Middle East exiles: Istanbul – the Arab worldʹs beacon on the BosphorusA year to the day: The infamous murder of Jamal Khashoggi

Saudi Arabia has spent the past five years fighting off Iran-backed Shia rebels in a seemingly endless conflict that has cost more than 100,000 lives and left 80% of the population in need of humanitarian assistance. Only by backing UN-led peace talks will it be possible to achieve a political settlement. By Amin Saikal END_OF_DOCUMENT_TOKEN_TO_BE_REPLACED

Bearing the brunt of the war: Yemeni families in dire straitsInterview with Wafa′a Alsaidy, co-ordinator of Medecins du Monde in Yemen: At the expense of the Yemeni peopleUAE foreign policy and the Crown Prince of Abu Dhabi: Hardly a ruler in waiting

END_OF_DOCUMENT_TOKEN_TO_BE_REPLACED
Social media
and networks
Subscribe to our
newsletter