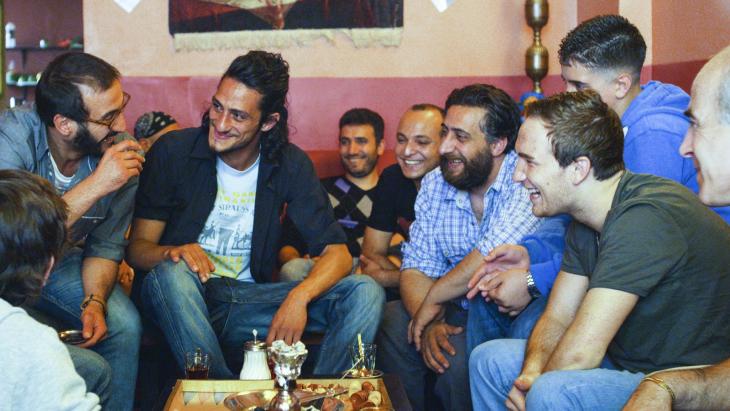 With his first feature film, "Ummah – unter Freunden," the German-Turkish film director Cüneyt Kaya deliberately confronts viewers with a world that stands in sharp contrast to prevalent prejudices. The film, set in the Berlin problem district of Neukölln, can be taken as an invitation to get to know the Muslim community. By Anke Sterneborg

Like a soldier returning home from combat, Daniel has just come back from an undercover mission for the German intelligence service. Battered both physically and spiritually, he moves into a run-down apartment in Neukölln, where he is to keep a low profile for the next three months until the dust settles from his controversial assignment in Hamburg's neo-Nazi milieu.

His first encounters in the new environment, such as with his pretty neighbour, who just wants to welcome him, and with the owner of a second-hand electronics shop (Kida Khodr Ramadan), who tries to talk him into buying a hideously enormous old television set, are poisoned from the start by his professionally ingrained sense of distrust.

Yet, thanks to the uncomplicated hospitality he experiences, it doesn't take long until prejudices and initial reservations soften. The direction of integration is reversed here, and the doors of a foreign culture are thrown open to Daniel.

Neukölln as a completely normal place to live

No simmering violence, no festering aggression, no rip-off rackets, and no terrorist suspects: In a refreshing manner, the film refuses to depict Neukölln as a problem district, but simply as a completely normal place to live. A taxi driver does indeed mutter something about a "bad neighbourhood," but this is the only time the cliché of Neukölln as social hotspot is even mentioned. 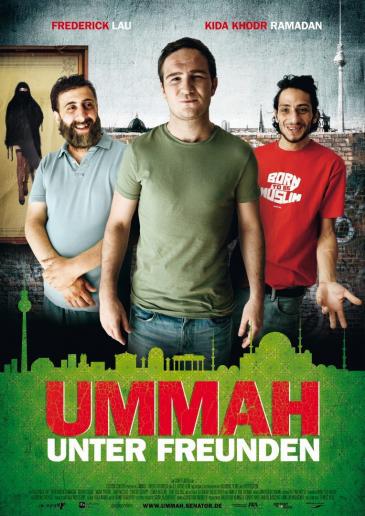 The German-Turkish film director Cüneyt Kaya deliberately confronts viewers with a world that stands in sharp contrast to prevalent prejudices. His feature film debut can clearly be seen as an invitation to get to know the Muslim community. The film's title can be translated as "Muslim community – among friends."


In parts, the fairy-tale aspect of the story might be a little bit too overplayed, yet Kida Khodr Ramadan does provide an accessible and very human portrayal of a conciliatory figure, who takes on the role of promoting better understanding between cultures. He is a man completely opposed to fundamentalist, black and white kind of thinking. By contrast, the security forces and the police are seen as blustering and heavy-handed in their moves directed against foreigners.

Despite this, Kaya tells his tale in such a quiet and unassuming manner that audiences gladly get drawn into his world. Following the adventures of this clueless, yet curious new Berliner, who brings along alcohol to a Muslim wedding ceremony and later even signs up for a Koran course, the viewer experiences a culture that is not only known for honour killings and compelling women to wear headscarves, but also for its generous hospitality. Just as Daniel starts to feel at home in his new surrounding, his friends come under the scrutiny of his employer. He is then forced decide whether to become a whistle-blower or to betray his friends.

Home
Print
Newsletter
More on this topic
Multiculturalism in German Cinema: We Are Here and That Is How It Should Be!Fatih Akin's Film "The Edge of Heaven": Transcending Prejudice and IdeologyTurkish Cinema: Miracle Spirit of Optimism and a Lack of Craftsmanship
Related Topics
Dialogue of Cultures | Intercultural Dialogue, Integration in Germany, Migration in Germany, Turkish cinema
All Topics

German Middle East analyst Guido Steinberg and television journalist Ulrich Tilgner have both published new books on the conflicts in the Middle East. Their analyses and their ... END_OF_DOCUMENT_TOKEN_TO_BE_REPLACED

On 7 March, Switzerland became the latest European country to vote in favour of a so-called "burka" ban. It was yet another feather in the cap of the right-wing populist Swiss ... END_OF_DOCUMENT_TOKEN_TO_BE_REPLACED

Syrian-born Rafik Schami is a gifted storyteller and one of the most successful authors writing in German today. In his 50 years in exile in Germany, he has introduced the Arab ... END_OF_DOCUMENT_TOKEN_TO_BE_REPLACED

The Syrian war has moved through many phases and included a number of changing actors. But one aspect has remained constant throughout: the Assad regime is using the conflict to ... END_OF_DOCUMENT_TOKEN_TO_BE_REPLACED

It's no secret that the Baha'i community in Iran is persecuted. Now, a document has come to light that appears to show the extent to which the repression is state-sponsored. By ... END_OF_DOCUMENT_TOKEN_TO_BE_REPLACED
Author:
Anke Sterneborg
Date:
Mail:
Send via mail

END_OF_DOCUMENT_TOKEN_TO_BE_REPLACED
Social media
and networks
Subscribe to our
newsletter