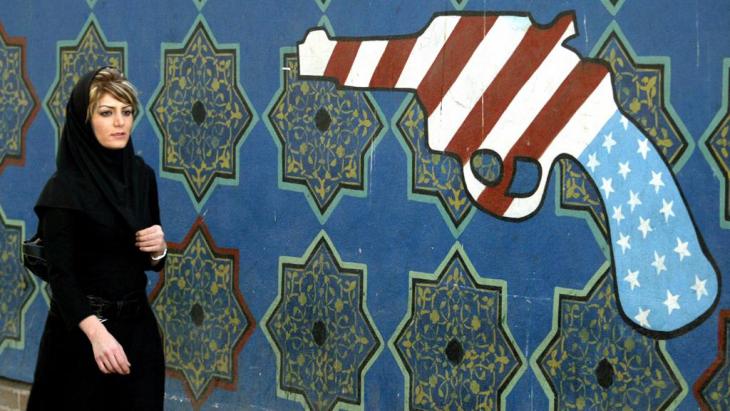 US-Iranian Relations at the Crossroads

There is no traditional enmity between the US and Iran – at least not among ordinary people. Entrenched hostility at government level is largely due to historical errors. Iran's new President Hassan Rohani appears to be intent on learning from these mistakes. Commentary by Rudolph Chimelli

America is not popular with the peoples of the Arab world, even though many of the region's rulers are loyal vassals of Washington. The picture is quite different in Iran, a country that has been living in the shadow of a ruinous feud with the US for more than three decades. Persians – the people, but not the regime – are almost the only ones in the region to love America, its lifestyle, its music and other cultural products.

Many Iranian families have relatives in the US. There are at least 600,000 Iranians in Los Angeles alone – dubbed "Tehrangeles". The exchange of visitors between the two nations is frequent, and many young Iranians would express a desire to emigrate to the US. There is no traditional enmity between the US and Iran.

A real opportunity to settle the dispute?

Viewed in a historical context, the breakdown in relations is an exceptional situation. And for the first time, due to new policies introduced by President Hassan Rohani and the revised evaluation of US interests in the Middle East under Barack Obama, there would appear to be an opportunity to settle the dispute. 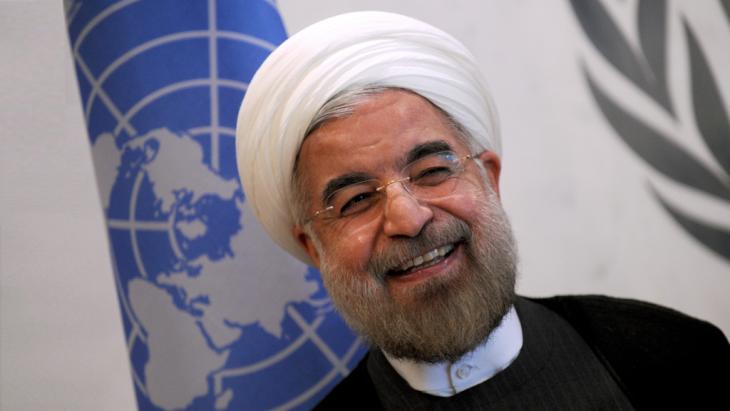 "No traditional enmity": For the first time, due to new policies introduced by President Hassan Rohani (pictured) and the revised evaluation of US interests in the Middle East under Barack Obama, there would appear to be an opportunity to settle the dispute, Chimelli writes

For the Iranians, the British were always traditionally viewed as the enemy. Along with the Russian Tsars, the British divided up the nation into spheres of interest thereby securing their own access to Persian oil. The Iranians were subdued with a pittance.

When a chronically bankrupt Shah transferred the profitable tobacco monopoly to a British company, this triggered a nationwide smoking boycott which was even joined by the ruler's own wives. The tobacco protests led to the constitutional movement, the 1906 Revolution and the convening of the first parliament.

What would Iran look like, and how would relations with the US be, if the only democratically legitimate head of government in the history of the country, Mohammed Mossadegh, had not been ousted by a coup staged by the CIA and the British in 1953 because he nationalized oil production?

According to the views of an excellent English biographer of Mossadegh, under his leadership Iran would have maintained a favourable foreign-policy stance towards the West; it would have been committed to the capitalist world by dint of its oil, and to the US through cautious friendship, but also cordial in its dealings with its powerful Soviet neighbour to the north.

Domestically, Iran would have been democratic to an extent inconceivable at a time when much of the Middle East was in the grip of dictatorships and sham democracies. Transposed into the present day, this is pretty much exactly the kind of nation Rohani would wish for.

The roots of this major discord lie in the putsch against Mossadegh and a quarter-century of massive US support for the Shah dictatorship. It was this hostility that gave the 1979 Islamic Revolution its anti-US impetus from the very outset. The Iranians wrote the next chapter with the storming of the US embassy in Tehran by radical students who took US diplomats hostage. 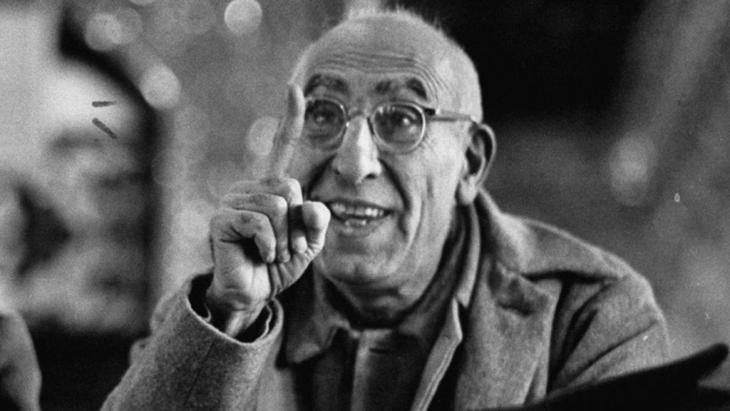 Hypothetical history: Mohammad Mosaddegh was the democratically elected Prime Minister of Iran from 1951 until 1953, when his government was overthrown in a putsch orchestrated by the British MI6 and the CIA

To this day, relatively few Iranians understand that this was the costliest adventure in their country's history. The US, which up to that point was willing to maintain a modus vivendi arrangement with the anti-Communist Islamic Republic, became an irreconcilable enemy. It supported the invasion of Iraqi leader Saddam Hussein, and continued to provide him with information on Iranian troop positions even when he was already using toxic gas to kill Revolutionary Guards in their thousands as they approached Basra.

There was no talk of any "red lines" at the time – Saddam Hussein was viewed as a secular bulwark against the tide of Islam, before he later mutated into the "new Hitler". Three US presidents pushed – not for an arrangement with Tehran – but for regime change.

The Iranians felt extremely badly treated by the US-dominated world order. The UN Security Council did not see any threat to world peace in the Iraqi attack. It was more than two years before it called for both sides to withdraw their troops. But when Saddam Hussein invaded Kuwait, an unconditional demand for an Iraqi pullout was issued within 12 hours.

A lesson for Iranians

This was a lesson for the Iranians: They cannot rely on the UN, the Geneva Convention or international public opinion, but only on themselves. Since then, the nation's top priority has been – both at regime level and among the vast apolitical majority – to safeguard Iran against the same catastrophic fate suffered by neighbouring Iraq and Afghanistan caused by US military intervention.

The question today is, for how much longer will relations be determined by past traumas rather than reason. Iran needs America and the West if it is to pull itself out of its dire economic predicament. Tehran will be ready to pay a high price for the lifting of sanctions. It would be a wanton act to miss this chance.

The Middle East is plagued by electronic armies working at the behest of one regime or another. Long used by those in power as a weapon in the fight against activists and ... END_OF_DOCUMENT_TOKEN_TO_BE_REPLACED

On Friday, Iranians head to the polls to elect a new president. What's at stake in this presidential election? Sanam Shantyaei explains. END_OF_DOCUMENT_TOKEN_TO_BE_REPLACED

For centuries, the great classical Persian author Hafez has inspired German writers. Translations, adaptions and homages have been created in his wake, and the process continues ... END_OF_DOCUMENT_TOKEN_TO_BE_REPLACED

In the run up to Iran’s presidential election, Supreme Leader Ayatollah Ali Khamenei has sought to entrench his power. Alex Vatanka asks whether a sharp slump in voter turnout ... END_OF_DOCUMENT_TOKEN_TO_BE_REPLACED

Turkey's parliamentary and presidential elections are scheduled for June 2023. But they are already casting a shadow. While the opposition is calling for early elections, ... END_OF_DOCUMENT_TOKEN_TO_BE_REPLACED
Author:
Rudolph Chimelli
Date:
Mail:
Send via mail

END_OF_DOCUMENT_TOKEN_TO_BE_REPLACED
Social media
and networks
Subscribe to our
newsletter