After the Six-Day War, many viewed Israel as invincible. But a coordinated attack by Egypt and Syria on October 6, 1973, brushed away any illusions of security. A photo essay by Klaus Dahmann 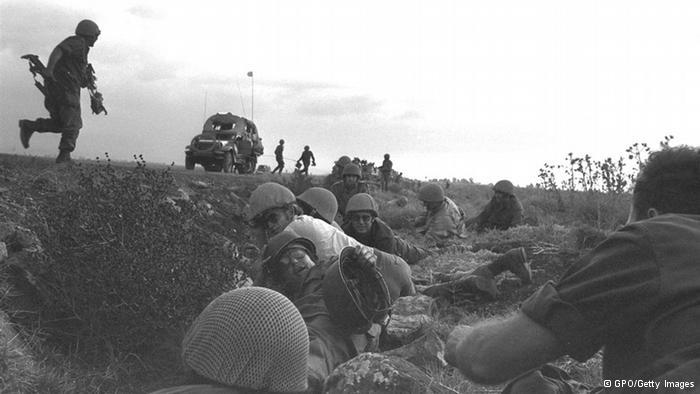 Surprise attack: On October 6, 1973, the Egyptian army advanced on the Israeli-occupied Sinai Peninsula. At the same time, Syrian troops in the north attacked the Golan Heights. Israel was not prepared for war, particularly as it took place on the highest Jewish holiday, Yom Kippur. The numerically far inferior Israeli soldiers could barely withstand the attacks. 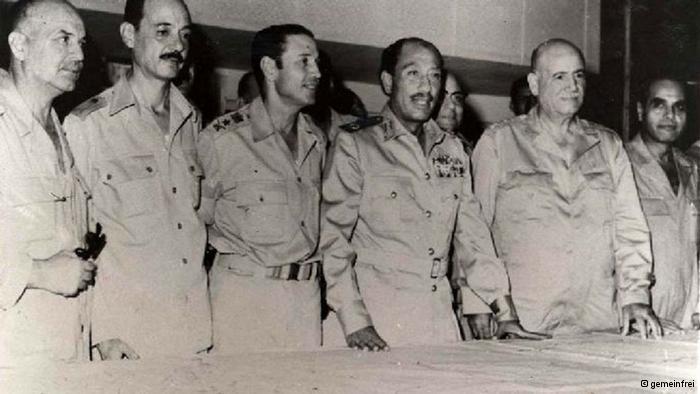 A shame not forgotten: Egypt couldn't get over the trauma of the Six-Day War that it lost in 1967. When President Gamal Abdel Nasser died three years later, successor Anwar Sadat (third from right) swore to recapture the Sinai Peninsula. He found a willing ally in Syrian President Hafiz al-Assad for a two-front war against their mutual enemy. 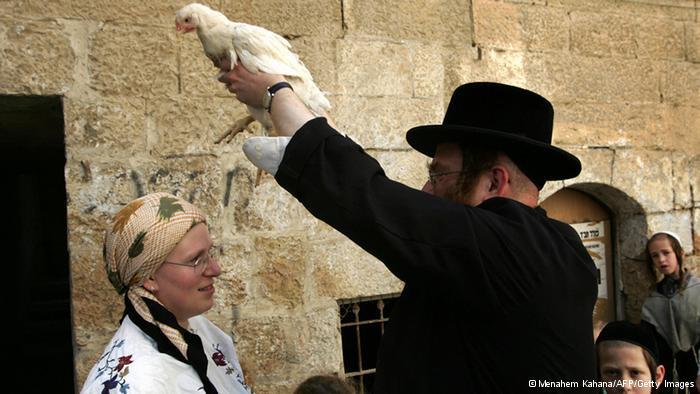 Good timing? For their attack, Egypt and Syria chose the holiest Jewish holiday, Yom Kippur. The evening before, a sacrificial chicken is slaughtered to atone for sins. On Yom Kippur itself, fasting takes place, public life comes to a standstill. The latter turned out to be an advantage: empty streets allowed Israel's mobilized army to quickly arrive at the front. 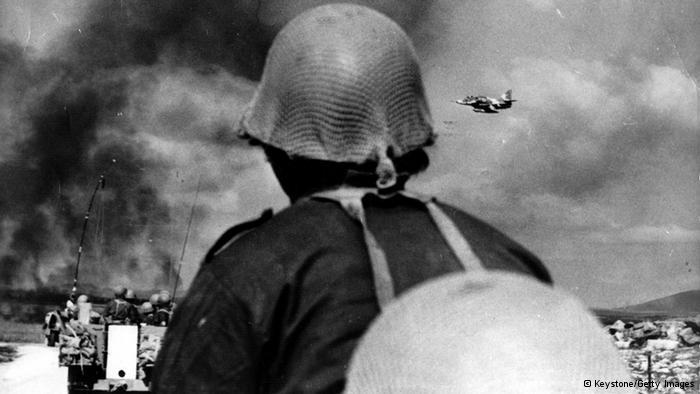 Counterattack: For the first two days, Sadat and Assad celebrated military victories. In the south, Egyptian troops crossed the Suez Canal at five locations, penetrating the Sinai Peninsula. In the north, with Jordanian support, the Syrian army occupied the Golan Heights. Then, the tables turned: Israelis succeeded in pushing the attackers back. 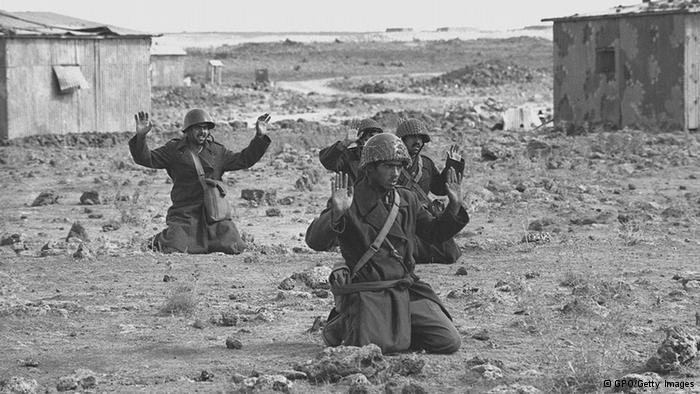 First success: By the third day of the war, the Israeli counter-offensive in the north brought the Syrian army in the Golan Heights its first heavy defeat. On foot, the Israelis advanced toward Damascus and conducted aerial bomb raids on the Syrian capital. 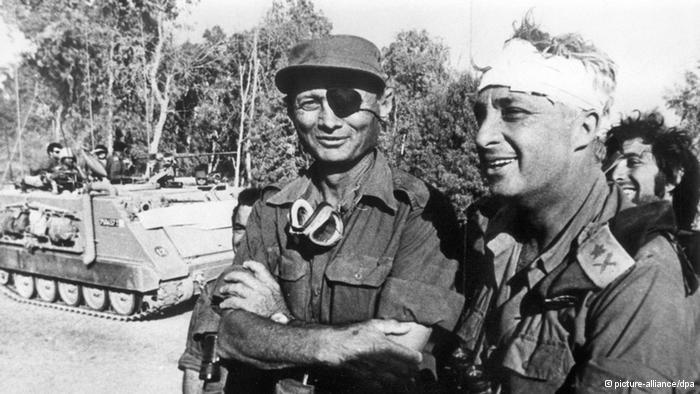 Offensive in the south: Israeli troops in the Sinai Peninsula also made progress. Under the leadership of Israeli General Ariel Sharon (right), they managed to cross the Suez Canal. Sharon's tank division broke through Egyptian lines and encircled enemy forces. Israelis later celebrated Sharon as a hero and he began a political career that would make him prime minister in 2001. 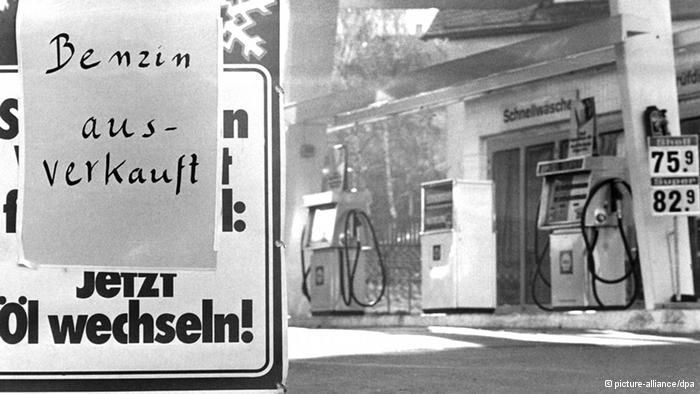 "Fuel sold out": In view of Israel's military success, the Organization of Oil Exporting Countries (OPEC) enacted an oil embargo against Western countries for the first twelve days of the war. The Arabic countries making up OPEC wanted, in particular, to put pressure on the US, a supporter of Israel. The severing of oil supplies led to an energy crisis and drastic savings measures - also in Germany. 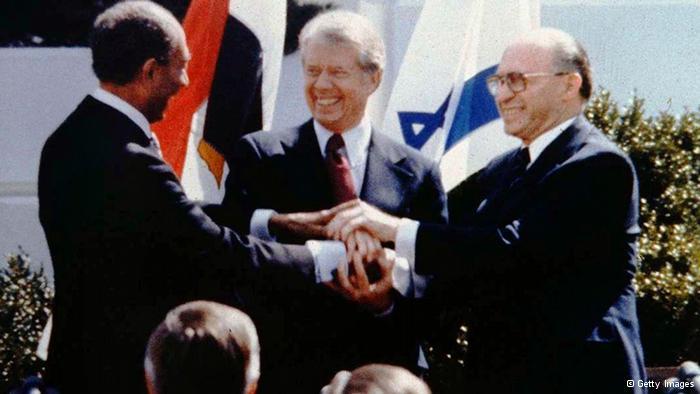 A late peace: Two weeks after the start of the war, the UN Security Council urged all parties to end the fighting. On October 24, a ceasefire was declared on all fronts. But only in 1979 did Egyptian President Anwar Sadat (left) and Israeli Prime Minister Menachem Begin (right) sign the Camp David Accords mediated by US President Jimmy Carter. 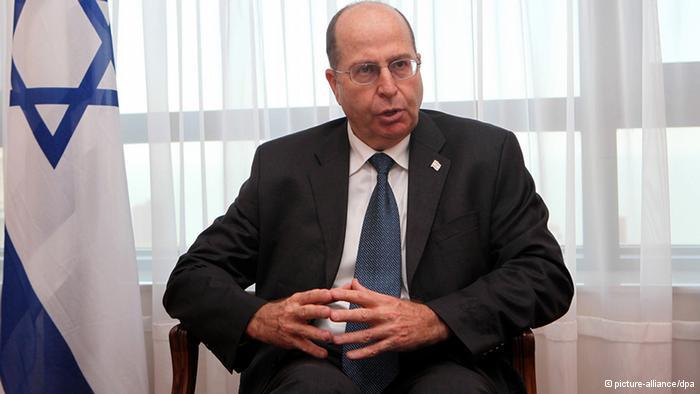 Post-war crisis: In spite of military success, the Yom Kippur War unleashed an internal political crisis in Israel. The aura of Israeli invincibility had been destroyed. Many government officials and military leaders resigned. Their behavior prior to the war was characterized by current Israeli Defense Minister Moshe Ya'alon, then serving as a soldier, as "arrogance, recklessness and complacency." 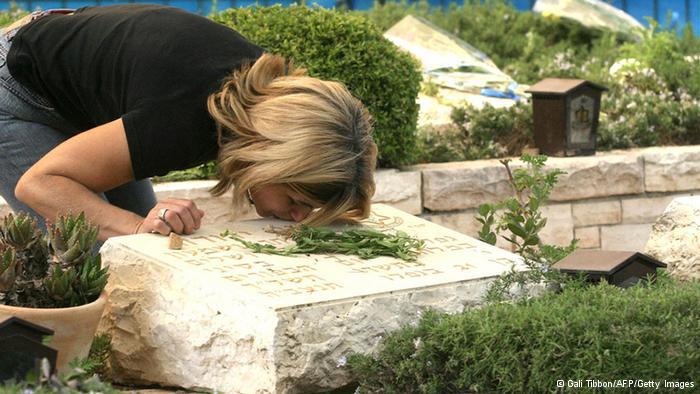 Painful memories: For a two-week war, the numbers are staggering: On the Arab side, an estimated 18,500 died. Israeli casualties numbered 2,500. They are remembered every year in a ceremony on the day following Yom Kippur.

END_OF_DOCUMENT_TOKEN_TO_BE_REPLACED
Social media
and networks
Subscribe to our
newsletter