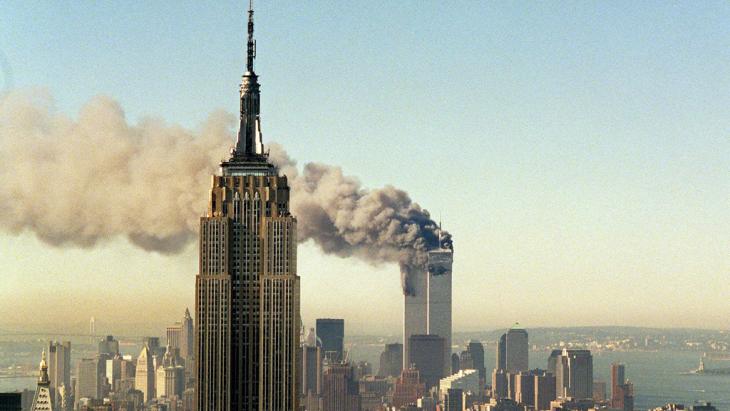 "The Clash of Civilisations"
Where Huntington Got It Wrong

The Clash of Civilisations would bring about a division between East and West. Or so went the thesis put forward twenty years ago by the American political scientist Samuel P. Huntington. His essay was to become a classic – but it would also be abused to stir up hatred against Muslims. It is obvious today that the world is in an even bigger mess than Huntington could ever have realised. A commentary from Nicolas Richter

That summer twenty years ago, the Iron Curtain was still a recent memory, the Balkans were at war, and the journal Foreign Affairs published an article entitled "The Clash of Civilisations?". In the article American scholar Samuel Huntington ventured a prognosis: neither economy nor ideology were the factors that would divide mankind and bring future conflict, but rather civilization.

A civilisation was defined by its culture and its tradition, he claimed, but even more so by religion, and the clash of cultures, he predicted, would have its most profound impact in the divisions it would create between the West and Islam. 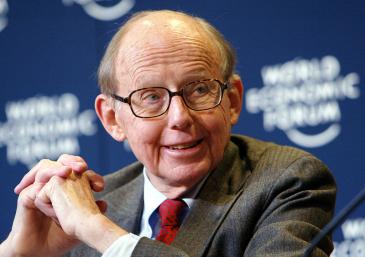 Though many people regarded Huntington's thesis as rather abstruse, the essay soon came to be regarded as a classic. "Today, twenty years after the publication, it is time to recognise that the "Clash" thesis was simply wrong," writes Nicolas Richter

Though many people regarded his thesis as rather abstruse, the essay soon came to be regarded as a classic. In the wake of the Al Qaeda attacks of 2001, the criticism abated when, to many, it seemed that perhaps Huntington had been the only one perceptive enough to discern the true future course of events.

The acclaim proved to be misguided however. It soon became clear that those who saw Al Qaeda as the representatives of Muslim civilisation had simply been duped by its propaganda.

Today, twenty years after the publication, it is time to recognise that the "Clash" thesis was simply wrong. Even in 1993 the assumptions upon which it was based were rather dubious. Nowadays it has been well and truly superseded.

Huntington's idea is very much of its time – the 20th century. He sees the world as divided up into power blocs: the West (Europe, USA) the Islamic world, the Confucian, Latin American, and so on. It is strange that, according to this system, Latin America does not belong to the West and that Sunnite and Shiite Muslims do not make up a single unit. In general, this thinking in terms of blocs is incompatible with today's interconnected world in which even rival nations such as the US and China are heavily dependent on one another.

Of course, the most telling evidence that Huntington got it wrong is provided by the fact that the culture clash between his rival blocs has failed to materialise. The bloodiest battles take place within civilisations, not between them – Africans kill Africans in the Congo, Muslims murder Muslims in Egypt, and the civil war in Syria has claimed more victims than the US invasion of Iraq. And let's not forget that back in the nineties the West entered a war – in Yugoslavia – to help out the Muslim side.

Huntington's thesis seemed likely to be vindicated in 2001. Al Qaeda terrorists have never been the representatives of traditional Islam, however, but rather the rootless adherents of an Islamic tinged Western nihilism.

The role of religion

Huntington's prediction was true insofar as it foresaw that religion would remain a source of distrust, hatred and violence. Many Europeans still feel that Turkey is too 'different' to belong to the EU. 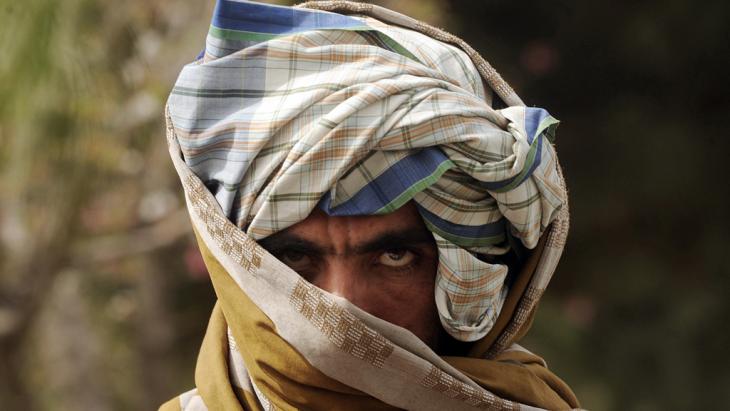 Quote from "The Clash of Civilizations": "The fundamental problem for the West is not Islamic fundamentalism. It is Islam, a different civilisation whose people are convinced of the superiority of their culture and are obsessed with the inferiority of their power." Pictured: A former Taliban fighter who joined Afghan government forces

Elsewhere, particularly in countries with young populations, religious belief is likely to foment violence for a long time to come, and the terror committed in the name of God is not going to disappear either. It is likely that all those for whom the global markets remain elusively out of reach, or those who consider them as decadent, will continue to turn to violence in the future. It is also likely that the violence will get worse as weapons, poisons and viruses become easier to get hold of.

Huntington's lines of conflict however were wrong. Osama bin Laden may have liked to see himself as the avenger of all the wrongs perpetrated against Muslims, but he never succeeded in unifying the Muslims between Morocco and Indonesia far less mould them into a geo-strategic power. The recent wars in Afghanistan and Iraq were not wars between cultures. The first was in retaliation for the September 11 attacks, the second arose from the incompetence and paranoia of the government of George W. Bush, who, despite widespread disapproval in the West, wanted a show of strength against a secular dictator.

All of this has distracted attention away from the fact that the most dangerous rifts have long since existed within the Muslim world itself. They divide Sunnis from Shiites, the secular from the religious, the military from the civilian, the rebel from the democrat, and the bureaucrats from the Facebook revolutionaries. This is as true for the Middle East or Pakistan as it is for the Parisian suburbs.

A clash of civilisations, or just another form of xenophobia?

Rather than acknowledge this, however, irresponsible politicians in Europe have been all too ready to act as if they were preparing to defend the West against a Muslim invasion, all the while issuing dark mutterings about "Eurabia" and the supposed threat posed by headscarves and minarets. Huntington's thesis was often abused in this context and cited as the academic evidence for Muslim hostility. 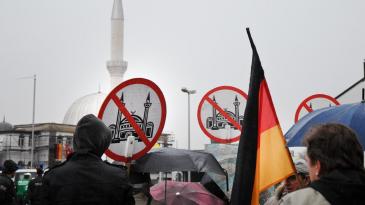 Huntington's essay as the academic evidence for Muslim hostility: anti-Muslim protests in Germany

Does any of this amount to a clash of civilisations? Or is it just another form of the age old xenophobia and distrust only too familiar to illegal Latino immigrants in the US? Does the fact that Turkey has – rightly – remained an EU candidate not in itself refute the notion of a clash?

Huntington underestimated the hegemony of states over civilisations. Governments can shamelessly exploit religious sensibilities, but for many their interests lie elsewhere. An ever greater number of countries participate in the game of globalisation; they are competing with one another for food, water, raw materials, weapons, investment, interest rates and Formula 1 circuits.

Countries engage in struggle for worldly things – there is not a lot of room left for God. They pick and choose from the global supermarket of goods and ideas. China has copied capitalism, consumerism and hedonism. But not freedom of speech or freedom of the press, to Peking those are subversive. Nothing to do with a clash between Confucianism and the West, of course, but quite a lot to do with the regime's fear of its own citizens.

Culture is not a fortress

Contrary to Huntington's thesis, culture need not be defined by religion. In the cities of the world there is a growing middle class that is far more interested in jobs, education and prosperity than in religion, if it is interested in that at all. Religion-free amusement on tap has long been available on YouTube, with phenomena such as the viral "Gangnam Style", for example, which mixes the cultures of the US and Korea. 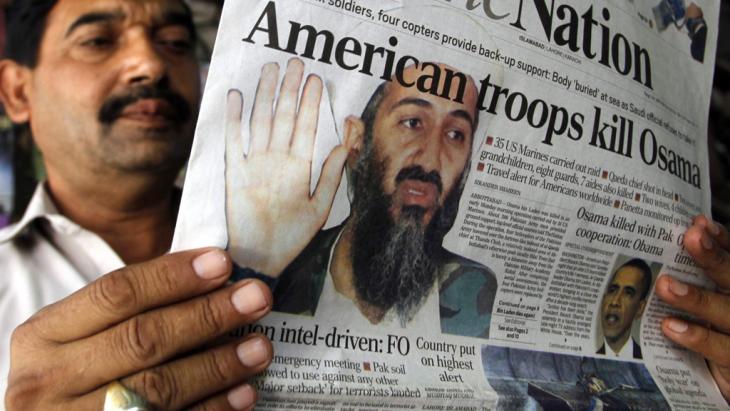 "Culture is not a fortress, civilisation no blood brotherhood": After 9/11, the attacks masterminded by Osama bin Laden, the attention has been distracted away from the fact that the most dangerous rifts have long since existed within the Muslim world itself, Richter says

Culture is not a fortress, civilisation no blood brotherhood, and home can be a community on the Net. The tension between individualism and collectivism, faith and consumption, global citizenship and local identity is growing nowadays, not between cultural blocs, but within each individual. It was not tensions between America and the Caucasus that preceded the Boston attacks, but tensions in the souls of Zarnajew brothers and their search for an identity.

The world has become a messier place than Huntington expected. It is not civilisations that are going to gain in influence, but networks and coalitions. Religious passion may kindle conflict, but it will have very little effect on the realpolitik of the large and middle-sized powers. The religious leaders in Iran know that if it should come to war with the US, they will be on their own. No Sunnite country will go to war to save Islamic civilisation. This is a fact the Iranian clerics have long understood, and it is also the reason why they are so eager to have the atomic bomb.

Home
Print
Newsletter
More on this topic
Elif Shafak: There Is No Clash of CivilizationsOn the Death of Samuel Huntington: A Portentous Buzzword"Manual for the Clash of Civilisations": Islam Challenges Our Ability to Make Distinctions
Related Topics
9/11, Al-Qaida, Clash of civilisation, Dialogue of Cultures | Intercultural Dialogue, Iraq War, Islam and the West, U.S. policy in the Middle East
All Topics

Very different Western reactions to the suffering in Ukraine and the Arab world show that there is a profound rift among cultures. Essay by Michael Young END_OF_DOCUMENT_TOKEN_TO_BE_REPLACED

The documentary "Nadia" tells the incredible story of Nadia Nadim, who was forced to flee from the Taliban as a child and became a football star. By Annabelle Steffes-Halmer END_OF_DOCUMENT_TOKEN_TO_BE_REPLACED

Three award-winning female directors appeal to the international film industry to save Afghan cinema. Supporting women filmmakers is more important than ever. By Christine Lehnen END_OF_DOCUMENT_TOKEN_TO_BE_REPLACED

Russia's ranking on the World Press Freedom Index has fallen again over the Kremlin's wartime censorship of the Ukraine conflict. From Myanmar to Mexico, journalists continue to ... END_OF_DOCUMENT_TOKEN_TO_BE_REPLACED

Ideally, those Europeans currently welcoming Ukrainian refugees would show the same sympathy to Syrians, Afghans and others fleeing war beyond the continent. But, argues Ian ... END_OF_DOCUMENT_TOKEN_TO_BE_REPLACED

END_OF_DOCUMENT_TOKEN_TO_BE_REPLACED
Social media
and networks
Subscribe to our
newsletter