Istanbul has become a refuge for many Arab communities – including the Muslim Brotherhood – but its cosmopolitan ways are also changing them. By Mohanad Hage Ali END_OF_DOCUMENT_TOKEN_TO_BE_REPLACED

The Arter, art and gentrification: Modern art makeover in Istanbul?Gentrification in Egypt: Urban counter-revolution in CairoDevastated by war, Syriaʹs Idlib braces for coronavirusSyriaʹs crisis within a crisis – coronavirus could hit hard 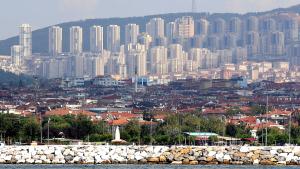 Amid recent fears of earthquakes, Turkey has rolled out a new urban renewal plan. But past plans have failed to helped quake-prone neighbourhoods, due to a market dominated by construction firm interests. Ayse Karabat reports from Istanbul END_OF_DOCUMENT_TOKEN_TO_BE_REPLACED 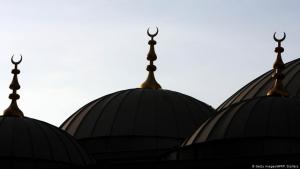 Turkey's highest religious authority brings in huge profits, say experts. But as a historic brewery in Istanbul faces demolition, critics argue that such profiteering is not in line with Islam. By Aram Ekin Duran END_OF_DOCUMENT_TOKEN_TO_BE_REPLACED

The Turkish Diyanet organisation: Muslim faith under strict controlDITIB Central Mosque in Cologne: A place to pray, a place to meetQantara dossier: Turkey 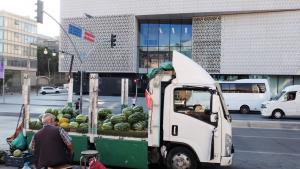 The Arter, art and gentrification

A new modern art museum recently opened its doors at the heart of Istanbul's working-class Dolapdere neighbourhood. An opportunity for this culturally diverse quarter or a threat in an area recognised as a social flashpoint? Ulrich von Schwerin reports on the relationship between art, commerce and gentrification on the Bosphorus END_OF_DOCUMENT_TOKEN_TO_BE_REPLACED

Anti-construction protests in Turkey: ″Reclaim Istanbul!″ – policy vs. architectureCulture in Turkey before and after Gezi: The end of Cool IstanbulInterview with the Turkish Roma musician ″Balik″ Ayhan Kucukboyaci: ″We Roma are more than just entertainers″ 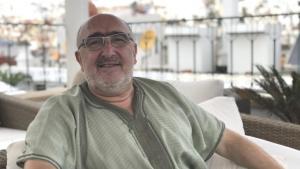 Two years on from the publication of his book "Tangier: port, people and pleasure – an ethnographic study", anthropologist Dieter Haller met with Karima Ahdad to discuss the clash between indigenous inhabitants and newcomers, Tangierʹs international outlook against the backdrop of the city today and the desire of young Moroccans to emigrate END_OF_DOCUMENT_TOKEN_TO_BE_REPLACED 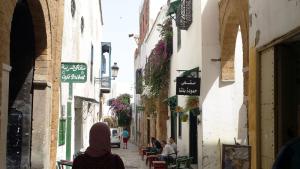 Keeping the speculators out of Tunis

While there is a gradual reawakening of interest among the inhabitants of the Tunisian capital in their historical old town, the cityʹs colonial districts are at risk of falling prey to property speculators. Sarah Mersch on the development of Tunis END_OF_DOCUMENT_TOKEN_TO_BE_REPLACED

Urban appropriation in Jerusalem: Mamilla and the Tower of DavidGentrification in Egypt: Urban counter-revolution in CairoAnti-construction protests in Turkey: ″Reclaim Istanbul!″ – policy vs. architecture 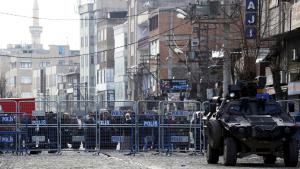 Diyarbakir and the Turkish military offensive

The spoils of urban warfare

The Turkish military operation brought death and destruction to the historic heart of Diyarbakir. Now, there has been a sudden decision to nationalise the neighbourhood – sounding alarm bells for its historic legacy. By Sonja Galler END_OF_DOCUMENT_TOKEN_TO_BE_REPLACED

Turkey: interview with Bilgin Ayata: No haven for refugeesTurkey and the Kurdish conflict: The desolation of CizreTurkey′s campaign against the PKK: Siege tactics 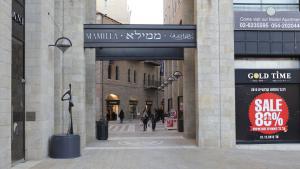 Mamilla and the Tower of David

The Jerusalem district of Mamilla, located between West Jerusalem and the Old City, is an outstanding example of how urban planning decisions alter the public space and create a new visual reality with great political resonance. Felix Koltermann took a look around END_OF_DOCUMENT_TOKEN_TO_BE_REPLACED 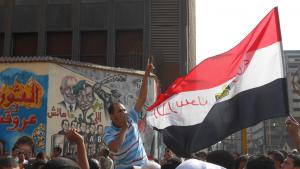 The "Reclaiming Downtown" campaign launched by the Egyptian government is no ordinary measure designed to advance the gentrification of the Cairo city centre. It is instead a politically motivated drive against any form of opposition and civilian autonomy. The "backyard of the revolution" is to be refurbished and its revolutionary history wiped out. By Sofian Philip Naceur END_OF_DOCUMENT_TOKEN_TO_BE_REPLACED

The revolution of 25 January 2011 and its consequences: Learning from past mistakesFive years of Arab Spring: The butterfly effectQantara dossier: "Gentrification" 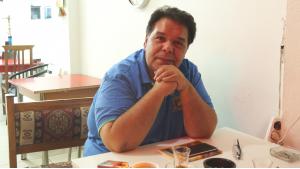 ″We Roma are more than just entertainers″

Ayhan Kucukboyaci, better known as Balik Ayhan (Fish Ayhan), is one of Turkey′s most famous Roma musicians. He also works to preserve the Romani culture. Ceyda Nurtsch talked to him about the demolition of the world′s oldest Roma settlement, Sulukule, and the situation for Roma in Turkey END_OF_DOCUMENT_TOKEN_TO_BE_REPLACED

Anti-construction protests in Turkey: ″Reclaim Istanbul!″ – policy vs. architectureCulture in Turkey before and after Gezi: The end of Cool IstanbulTurkish literature: Gloriously resurrecting a bygone Istanbul 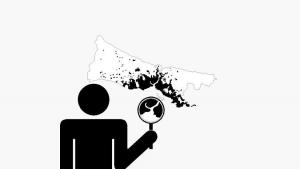 Turkey′s construction industry is booming. As a key pillar of the nation's economy, President Erdogan's ambitious goal is to ensure it catapults Turkey into the world's top ten economies by 2023. But the AKP's ″urban transformation project″ has many downsides. By Ceyda Nurtsch END_OF_DOCUMENT_TOKEN_TO_BE_REPLACED

"Reclaim Istanbul" websiteCulture in Turkey before and after Gezi: The end of Cool IstanbulProtests against construction projects in Istanbul: A government addicted to superlatives 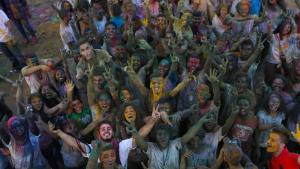 Life in the West Bank

The changing face of Ramallah

After the signing of the Oslo I Accord in 1993, Ramallah, the de-facto capital of the Palestinian Authority, became the biggest per-capita recipient of aid in the world. This, coupled with the influx of investment, turned the city into something of a boomtown. Ramallah's vibrant nightlife and work opportunities with international organisations have attracted many young people from the periphery of Palestine, but also criticism from those who ask how an occupied city can be so seemingly oblivious to what is happening just a few kilometres away or so willing to build over the city's heritage. By Ylenia Gostoli END_OF_DOCUMENT_TOKEN_TO_BE_REPLACED

Young women and start-ups in Gaza: Getting down to businessThe Palestinian village of Susiya: Archaeology of a dispossessionThe Taybeh Vinfest, West Bank: Turning water into wineIsraeli economist Shir Hever: An economy of disparities 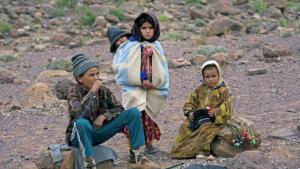 The many faces of poverty

Travel guidebooks and tourist agencies are fond of using flowery language to sell Morocco as a holiday destination, describing it as a "nation of contrasts". In view of the omnipresent social disparities that define Moroccan society, this is actually a very accurate description. By Susanne Kaiser in Casablanca END_OF_DOCUMENT_TOKEN_TO_BE_REPLACED

Street children in Marrakech: The oasis of Sésame GardenDemocratic change in Morocco: The right king in the wrong monarchy?Migration in Morocco: From emigration to immigrationWomen's rights in Morocco: Gender equality on paper only 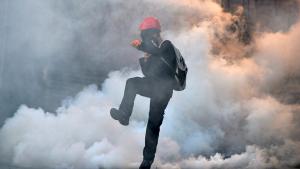 Turkey a year after the Gezi protests

The dream is over

The lack of mass protests against Erdogan's policies on the first anniversary of last summer's demonstrations in Taksim Square and Gezi Park highlights the lack of unity within the Gezi movement and the continuing crackdown on civil society activists and organisations in Turkey. By Luise Sammann in Istanbul END_OF_DOCUMENT_TOKEN_TO_BE_REPLACED

Culture in Turkey before and after Gezi: The end of Cool Istanbul"Open Forums" in Turkey: New Forms of ParticipationInterview with Turkish theologian Ihsan Eliacik: The Koran and social justice

END_OF_DOCUMENT_TOKEN_TO_BE_REPLACED
Social media
and networks
Subscribe to our
newsletter