In Nathan Englander's novel "kaddish.com", a Jewish man is plagued by feelings of guilt and regret for disregarding the rules of the Kaddish (prayer for the dead) for his deceased father a decade before. A witty yet simultaneously melancholy novel for all readers, not just people of faith. By Volker Kaminski END_OF_DOCUMENT_TOKEN_TO_BE_REPLACED 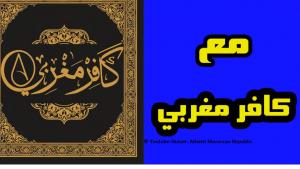 The Internet has made it possible for some to declare and even to promote their atheism by criticising Islam and other religions. Ismail Azzam spoke to some young Moroccans who have left their Muslim faith behind END_OF_DOCUMENT_TOKEN_TO_BE_REPLACED

Atheism in the Arab World: The dictators' scourge: Of 'heresy' and humanistsAtheism in Saudi Arabia: God's own countryIslam in the Middle East: The curse of religiosity 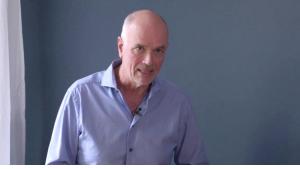 A psychogram of the Arab soul

In "Und Gott schuf die Angst: Ein Psychogramm der arabischen Seele", psychologist Burkhard Hoffmann draws on his own caseload to present some of the uniquely Arab hang-ups plaguing individuals in the Gulf region, highlighting the urgent need of Islamic societies to recognise the value of psycho-anaylsis. Gunther Orth read the book END_OF_DOCUMENT_TOKEN_TO_BE_REPLACED

Trauma in contemporary Arab literature: Translating oblivionTerrorism and repression in the Arab world: On Islam, anti-terrorism and fascismTyranny in the Islamic world: Keeping the tribe alive 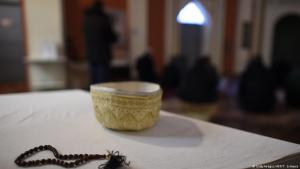 Atheism in the Arab World

The dictators' scourge: Of 'heresy' and humanists

Posing as guardians of the faith, many Arabic regimes abuse their religious power in order to compensate for their states′ lack of democratic legitimacy. Hardly surprising, then, that they regard as atheism as an existential danger. Essay by Brian Whitaker END_OF_DOCUMENT_TOKEN_TO_BE_REPLACED

Atheism in Saudi Arabia: God's own countryAtheism in Egypt: Breaking the tabooTurning away from Shia in Iran: ''A tsunami of atheism'' 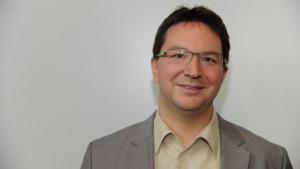 Turning away from Islam: Muslims beat a silent retreat

Is Germany home to a self-assured Islam and Muslims confident in their faith? It doesn't seem that way, says the religious scholar Michael Blume in interview with Christoph Hasselbach. Instead, Islam is in serious crisis END_OF_DOCUMENT_TOKEN_TO_BE_REPLACED

The secularisation of Muslims: Silent withdrawalIslam and enlightenment: Beware of the myth The Islam debate: The dual consciousness of Muslims 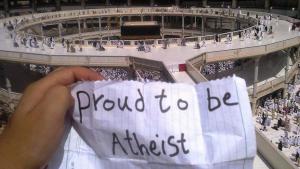 Atheism remains one of the most extreme taboos in Saudi Arabia. It is a red line that no one may cross. Regarded on a par with terrorists, atheists in Saudi Arabia suffer imprisonment, marginalisation, slander, ostracisation and even execution. Efforts at normalisation between those who believe and those who don′t remain bleak. By Hakim Khatib END_OF_DOCUMENT_TOKEN_TO_BE_REPLACED

Saudi domestic policy: Salman the PowerfulIran and Saudi Arabia: Chalk and cheeseIslam in the Middle East: The curse of religiosity 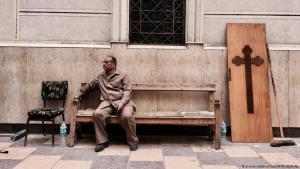 Islam in the Middle East

The curse of religiosity

Some regard the fanatical and raging tide currently sweeping through Arab societies as variations of a "latent Daesh-isation". Indeed, argues Khaled Hroub, despite falling short of the use of violence or arms, in its most extreme form, its ideological principles and convictions share common ground with the heinous beliefs of Islamic State END_OF_DOCUMENT_TOKEN_TO_BE_REPLACED

Arab identity crisis: What is left of the Arabs?Political discourse in the Arab world: Defaming democracyTaha Hussein and the democratisation of education in Egypt: The sea of knowledge 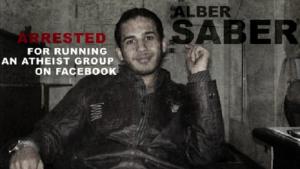 Atheists claim to hold no religious beliefs whatsoever: though some find that hard to accept, freedom of speech dictates that everyone should be entitled to express their ideas and thoughts without intimidation. Challenging religious oppression and outdated social mores, many Egyptians risk their lives to uphold and protect freedom and tolerance. By Hakim Khatib END_OF_DOCUMENT_TOKEN_TO_BE_REPLACED 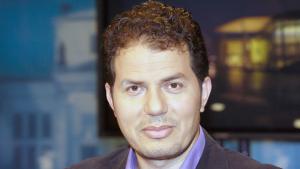 The Egyptian-German Hamed Abdel-Samad is one of Germany′s best-known Muslim media pundits – and at the same time one of the country′s most popular critics of Islam. Following a book on Islamic fascism, he has now brought out his ″reckoning″ with the prophet Mohammed. Yet Abdel-Samad remains wedded to the thought structures of Salafism, says Stefan Weidner in his book review END_OF_DOCUMENT_TOKEN_TO_BE_REPLACED 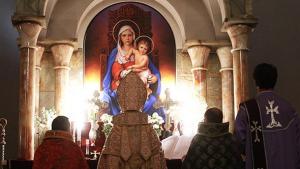 Iran's moral guardians are concerned: while Islam is increasing in political importance throughout the Arab world, people in the Islamic Republic of Iran are leaving the mosques in droves. As Ali Sadrzadeh found out, young people seem especially susceptible to the attractions of sects or Christianity END_OF_DOCUMENT_TOKEN_TO_BE_REPLACED

Mohsen Kadivar: ''People Have Started Believing in Their Own Strength''Iranian Reformist Thinkers in Exile: More Freedom, Less Impact?Interview with Ali Granmayeh about Iran and the ''Arabellions'': Yearning for Lost Freedoms

END_OF_DOCUMENT_TOKEN_TO_BE_REPLACED
Social media
and networks
Subscribe to our
newsletter