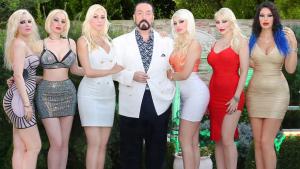 The incarceration of televangelist Adnan Oktar has made headlines in Turkey. Since the early 1980s, Oktar, a controversial figure in his native Turkey, has been spreading his views of Islam, a brand of Islamic Creationism. He has promoted his theories by distributing thousands of copies of his book "The Atlas of Creation" and, until recently, on his own television channel. Hakim Khatib takes a closer look at an outlandish character who has been described as the "most notorious cult leader in Turkey" END_OF_DOCUMENT_TOKEN_TO_BE_REPLACED

END_OF_DOCUMENT_TOKEN_TO_BE_REPLACED
Social media
and networks
Subscribe to our
newsletter