With more than two hundred thousand followers on Facebook and about 54 thousand followers on Twitter, I am one of the most prominent Yemeni politicians on the ground and online. Yet not a day passes without me having to fight in the virtual world because I decided to have a voice. Activist Nora Al-Jarawi gives a personal account END_OF_DOCUMENT_TOKEN_TO_BE_REPLACED

Women entrepreneurs in Yemen: The fight to secure capitalWomen's rights in Yemen: Making the most of the space availableFemale Yemeni artists: Making art in times of war

Tunisians are set to vote on a new constitution on 25 July. The prominent lawyer and women's rights activist Yosra Frawes fears the referendum could facilitate a return to dictatorship. This would also endanger progress on women's rights achieved since 2011. Interview by Claudia Mende for qantara.de END_OF_DOCUMENT_TOKEN_TO_BE_REPLACED

With regard to gender justice, things look bleak in the Arab world. Laws typically discriminate against women, while national legislation all too often does not comply with the international agreements governments have signed. By Mona Naggar END_OF_DOCUMENT_TOKEN_TO_BE_REPLACED 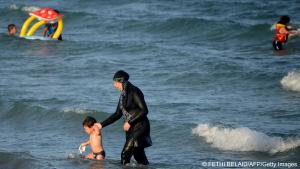 Burkinis have been a long-standing catalyst for dispute in France, calling societal attitudes towards Islam and feminism into question. Rule changes in Grenoble suggest opposition to the garment could be receding, writes Joanna York END_OF_DOCUMENT_TOKEN_TO_BE_REPLACED

Back in 1995, when The Times asserted Islam was to blame for the poor levels of education among women in the Muslim world, Mohammad Akram Nadwi began scouring ancient Arabic manuscripts for women's names. Looking specifically for female scholars, his hope was to find maybe 20 or 30 women. What he found was astounding. By Julia Ley END_OF_DOCUMENT_TOKEN_TO_BE_REPLACED

Women's empowerment in the Gulf has become a tool of deflection, rather than a genuine effort to promote women’s full and equal participation in society. By Mira Al-Hussain END_OF_DOCUMENT_TOKEN_TO_BE_REPLACED

Women entrepreneurs in Yemen: The fight to secure capitalWomen's liberation in the Gulf: Arab women – fighting for their rights for 60 yearsWomen in the Gulf: Exploited and patronised

Asma Jahangir, winner of the Right Livelihood Award: "Every restriction is based on religion"Afghanistan: A brief history of Afghan women's rightsQantara photo essay: The women of Sudan's protests 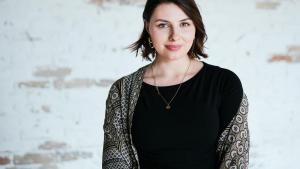 The many ways to tie a headscarf

Some German women who’ve converted to Islam are choosing to maintain a public presence on social media such as Instagram, under names such as "Hijabi on Tinder“. In doing so, they’re fending off the cliches and the hate – no matter where it comes from. Julia Ley reports END_OF_DOCUMENT_TOKEN_TO_BE_REPLACED

The image of Muslim women: “We refuse to be hijab-wearing princesses”Non-fiction: Kubra Gumusay's "Sprache und Sein": Beyond the linguistic pigeonhole Converts to Islam: German Islam 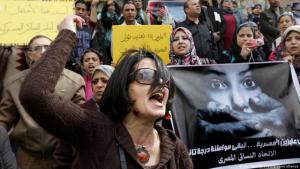 Persecution, prosecution and public shaming have led to a new wave of solidarity among women in Egypt. Could this kind of grassroots movement gain enough power to change the difficult situation on the ground? By Jennifer Holleis END_OF_DOCUMENT_TOKEN_TO_BE_REPLACED

Ten years after the Arab Spring: Arab women's rights, a genuine lifestyle revolution?Women in Egypt: The long and bumpy road to gender equalityWomen's rights in North Africa: "The headscarf is losing its religious edge"The Prophet and Sharia: Islamic family law reform – a question of interpretation

Moroccan sociologist Fatima Sadiqi believes that women's movements in North Africa have changed over the past ten years. Today, women from all social classes are fighting together for more rights, regardless of whether they are "secular" or "Islamic" feminists. Claudia Mende spoke with her for Qantara.de END_OF_DOCUMENT_TOKEN_TO_BE_REPLACED

Ten years after the Arab Spring: Arab women's rights, a genuine lifestyle revolution?Women′s rights in the Arab world: The key to changeAmina Wadud's "Qur'an and Woman" revisited: "Inequality between men and women is contrary to Islam"Violence against women: Young Arab men fight for women′s rightsMoroccan Islamic feminist Asma Lamrabet: Emancipation through a new reading of the Koran

"American*ish" – co-written by Aizzah Fatima and Iman K. Zawahry, and directed by the latter – is a rom com for an America too many don't want to acknowledge. Whereas most mainstream American TV and films present the Muslim immigrant community as a monolithic group with a kind of hive mind, this film goes out of its way to break the mould. By Richard Marcus END_OF_DOCUMENT_TOKEN_TO_BE_REPLACED

The European Court of Justice has given its backing to companies that don't allow female Muslim staff members to wear headscarves – as long as they don't permit the wearing of even small crosses and other religious symbols either. This is a problem for Germany in particular. By Wolfgang Janisch END_OF_DOCUMENT_TOKEN_TO_BE_REPLACED

The image of Muslim women: "We refuse to be hijab-wearing princesses"Headscarves and neutrality: "It′s our decision!"Burka bans in Europe: Why the burka is so important for right-wing populistsAn enduring stereotype: The West's gleeful obsession with the "oppressed Arab woman"Qantara dossier: The headscarf controversy

Penned by pioneering American female imam and champion of gender equality within Islam, Amina Wadud, "Qur'an and Woman: Rereading the Sacred Text from a Woman's Perspective" (1999) had a huge impact on academic thought across the Muslim and non-Muslim world. Now it has finally been translated into French – reason enough to re-examine her groundbreaking premise. By Malika Hamidi END_OF_DOCUMENT_TOKEN_TO_BE_REPLACED

Interview with Amina Wadud: ''Islam belongs to all its believers''Interview with Moroccan Islamic feminist Asma Lamrabet: Emancipation through a new reading of the KoranKoran studies: A reappraisal of the position of women in IslamInterview with the Algerian scholar Said Djabelkhir: What we Muslims need is a critical appraisal of Islamic law 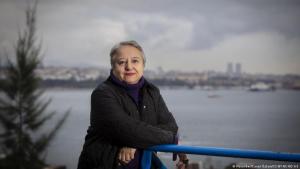 "Women in Turkey are fighting to keep their rights"

As 1 July approaches, the date when Turkey will officially pull out of the Istanbul Convention on violence against women, Qantara.de speaks to Canan Arin, one of the co-founders and most well-known voices of the Turkish feminist movement. Interview by Ceyda Nurtsch END_OF_DOCUMENT_TOKEN_TO_BE_REPLACED

The Istanbul Convention and women's protection: Bombing the heart of the family in Turkey?Turkey's femicide problem: "It was suicide!" – a state-sanctioned cover-up?Women in Turkey: Ankara turns a blind eye to femicideDomestic violence against women in Turkey: ″Don′t prevent divorce, prevent murder!″Remembering victim Hatun Surucu: "A Regular Woman" – the story of an honour killing

Egyptian singer Umm Kulthum continuous to be an icon, almost 100 years after she published her first record. But what about the other famous women of the 1920s? In his new book, historian Raphael Cormack tracks down the female founding figures of Egypt’s modern entertainment industry. Interview by Anna-Theresa Bachmann END_OF_DOCUMENT_TOKEN_TO_BE_REPLACED

Umm Kulthum: Homage to Egypt's "Fourth Pyramid"Culture and innovation in the Arab world: Where are the new Arab icons?Book review: Mohamed Elshahed's "Cairo Since 1900": In pursuit of other modernisms

Among Muslims, the image of women as "cossetted hijab-wearing princesses" is frequently invoked. But Muslim women have long wanted to be more. In her essay, Karoline Roscher-Lagzouli explores how they can find a new approach to their Muslim femininity, beyond patriarchal ideals and the hackneyed Western debate on headscarves END_OF_DOCUMENT_TOKEN_TO_BE_REPLACED

An enduring stereotype: The West's gleeful obsession with the 'oppressed Arab woman'Women′s rights in the Arab world: The key to changeNon-fiction: Kubra Gumusay's "Sprache und Sein": Beyond the linguistic pigeonholeInterview with Dina El Omari on feminism and Islam: "Muslim women need space for critical self-reflection"Feminism, colonialism and Islamophobia: Treacherous sympathy with Muslim women

END_OF_DOCUMENT_TOKEN_TO_BE_REPLACED
Social media
and networks
Subscribe to our
newsletter