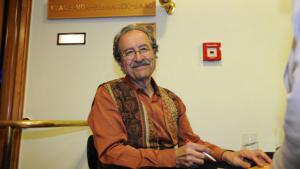 An exile in his homeland

Rafik Schami is one of the most important authors writing in the German language. Though he first came to Germany when he was 25 years old, his Syrian homeland is never far from his thoughts. It is also the setting for many of his stories. Markus Clauer introduces the best-selling author END_OF_DOCUMENT_TOKEN_TO_BE_REPLACED

Interview with Rafik Schami: Defending the Assad kingdomThe Syrian poet Hala Mohammad: "They are stealing the soul from our revolution" Syria's opposition writers: Fighting oppression and censorshipEssay by the Syrian writer Fawwaz Haddad: Children of a divided nation 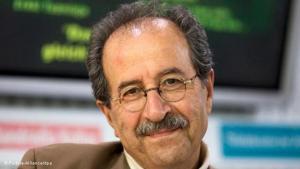 According to renowned Syrian-born writer Rafik Schami, Assad's survival concept is quite straightforward: to keep his clan in power at any price. He is being aided in this endeavour by the West's indecisiveness towards his regime. Interview conducted by Eren Güvercin END_OF_DOCUMENT_TOKEN_TO_BE_REPLACED

Syria and the Ba'ath regime: Assad and the post-eternity eraSyrian opposition groups: Time to join forcesInterview with the Syrian writer Samar Yazbek: ''The Syrian revolution has not lost its innocence'' 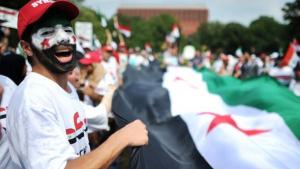 ''The Revolution Has Become an Orphan''

As the military conflict in Syria continues to escalate, the commitment of many peace activists and creative professionals in Syria is going more or less unnoticed by the media and in western public consciousness. An essay by Astrid Kaminski END_OF_DOCUMENT_TOKEN_TO_BE_REPLACED

Creative Protest against Syria's Regime: The Puppet RebellionArt and Resistance in Syria: Creative AwakeningSyrian Artists Caught between Censorship and Criticism: The Art of Ambiguity 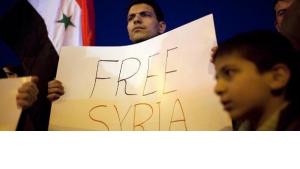 ﻿The Syrian author Rafik Schami is convinced that the 40-year-old dictatorship in Syria is approaching its end, and that there is no going back for the Syrian people. Nevertheless, he is concerned that freedom, once achieved, will only be of short duration. In this essay, Schami calls on the West to support the democratic opposition and on his compatriots to espouse reconciliation END_OF_DOCUMENT_TOKEN_TO_BE_REPLACED

Interview with Rafik Schami: ''The Rebellion's Perseverance Surprises Me''Interview with Haitham al-Maleh: ''We Want the Syrian Regime to Be Further Isolated''The Syrian Uprising: A People on the Brink 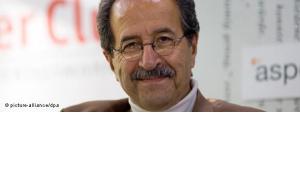 ''The Rebellion's Perseverance Surprises Me''

In the opinion of the German-Syrian writer Rafik Schami, the Syrian opposition is a temporary "front" that is united only in its desire to topple Assad. As soon as the regime begins to weaken, there is a risk of civil war. Anne Allmeling spoke to Schami about the protests in Syria. END_OF_DOCUMENT_TOKEN_TO_BE_REPLACED

Syria: The Opposition and the Church: A Slap in the Face for the Pro-Democracy MovementUprising against the Assad Regime in Syria: Is This a Second Libya?

END_OF_DOCUMENT_TOKEN_TO_BE_REPLACED
Social media
and networks
Subscribe to our
newsletter