Modi’s Citizenship Amendment Act grants the Indian citizenship to members of persecuted minorities from neighbouring countries, yet excludes Muslims. This has sparked waves of protest all across India. For prominent Delhi-based Muslim writer Sadia Dehlvi the new law is a long overdue wake-up call. Interview by Marian Brehmer END_OF_DOCUMENT_TOKEN_TO_BE_REPLACED

Michael Frey has written a fascinating book about the contemporary political thinker Nassif Nassar. Since 1967, Nassar has devoted his life’s work to the question of a fair social order both within and beyond Lebanon. Now Frey offers us the first introduction to his work in a European language. By Sonja Hegasy END_OF_DOCUMENT_TOKEN_TO_BE_REPLACED

Having re-invented himself politically following the Gujarat porgroms of 2002, Narendra Modi has – to the delight of big business – consistently pursued a tough line in market-driven economic policy. Buoyed by this support, the Indian Prime Minister is now intent on realising a darker agenda of discrimination and repression. By Dominik Muller END_OF_DOCUMENT_TOKEN_TO_BE_REPLACED

India's rapid descent into xenophobia, violence and irrationality has an important economic dimension, but it takes politicians to channel these emotions into nationalism and to embolden the nationalists to commit violence. Now that the ruling BJP has done so, is it able – or willing – to exorcise the many demons it has unleashed? By Jayati Ghosh END_OF_DOCUMENT_TOKEN_TO_BE_REPLACED 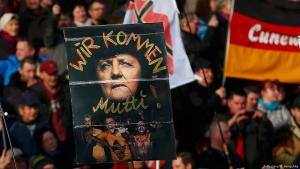 Merkel and "the danger of self-Islamisation"

Anti-Muslim racism means more than just discriminating against Muslims. It is an ideological worldview that pleads for the restructuring of society and more control in the view of the "Islamic threat". Those who do not bow to right-wing demands are deemed guilty of Islamisation. By Ozan Zakariya Keskinkilic END_OF_DOCUMENT_TOKEN_TO_BE_REPLACED

Islamophobia: Criticism of religion? Blatant racism!The perception of Islam as the enemy: When fear creeps inCriticism of Islam in Germany: Irrational demonisation

France is locked in a row over Islam, Islamophobia and the headscarf. But one key voice is almost completely missing from the debate – that of the women who wear the veil. By Nadia Pantel END_OF_DOCUMENT_TOKEN_TO_BE_REPLACED

Calls for a free Kashmir are becoming louder on both sides of the divided region. Can the German reunification model be applied to the India- and Pakistan-ruled Kashmirs? And what can Kashmiris learn from it? By Shamil Shams END_OF_DOCUMENT_TOKEN_TO_BE_REPLACED

Modi and the revocation of Article 370: Kashmirʹs tormented quest for freedomKashmir, Xinjiang and Arab land in the Middle East: Victims of the civilizational agendaIndia, Modi and the Muslim minority: "Not yet a Hindu Pakistan"

An interview with the Iranian-American historian and cultural philosopher Hamid Dabashi about writing, Europe's past and present, right-wing populism and the Arab uprisings. By Tugrul Mende END_OF_DOCUMENT_TOKEN_TO_BE_REPLACED

Interview with Hamid Dabashi: ''Another people now Is re-defining the Idea of democracy''Iran and Saudi Arabia: A plea for Islamic toleranceFather of post-colonial studies: Edward Said – exiled between cultures 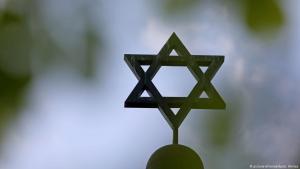 Ongoing investigations into the Halle attack have so far concluded that the right-wing extremist attacker acted alone. But "lone wolves" are anything but isolated. By Sandra Petersmann and Naomi Conrad END_OF_DOCUMENT_TOKEN_TO_BE_REPLACED

Against hate and exclusion: For a new co-existenceGerman pianist Igor Levit dedicates award to victims of far-right terror Anti-Semitism and Islamophobia in Europe: The eternal Muslim

In an innovative move for both religions, European Jews and Muslims have committed to standing up in solidarity more often. The aim is to combat the resurgence of right-wing extremists in Europe. By Christoph Strack END_OF_DOCUMENT_TOKEN_TO_BE_REPLACED

Qantara dossier: "Dialogue of Religions"Jews and Muslims in dialogue: "Jews are being used to create anti-Muslim feeling" Abrahamic Teams in the MENA: Interfaith dialogue – a painstaking process 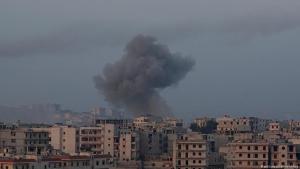 Middle East expert Kristin Helberg has published an authoritative book on Syria. In it, she explains why the conflict there is by no means over. In her home country of Germany, however, the Syrian debate is short on hard facts and more often than not clouded by populist repatriation fantasies. By Rene Wildangel END_OF_DOCUMENT_TOKEN_TO_BE_REPLACED

Interview with Kristin Helberg on the Syria conflict: Boundless cynicismWar reporting: Facts must be respected – even in Syria!The left-wing/right-wing alliance of Assad apologists: Disenchantment with the West? 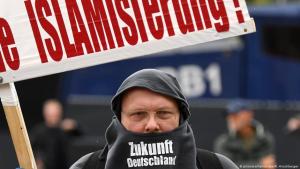 The champions of white identity are re-grouping. In the West hostility towards Islam has had its day. It is now being absorbed into common or garden racism, says Stefan Buchen in his essay END_OF_DOCUMENT_TOKEN_TO_BE_REPLACED

Islamophobia and xenophobia: The West’s racism problemTrump, MbS and the aftermath: Did the global order die with Khashoggi? The end of the "Islamic State": Entering a new chapter in Syria 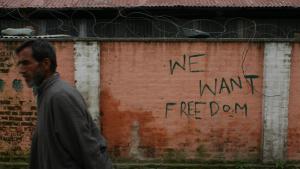 Since India scrapped its special status, tensions in Kashmir are rising once again. The conflict over the valley has defined the lives of Kashmiris for decades. Marian Brehmer reports from Kashmir END_OF_DOCUMENT_TOKEN_TO_BE_REPLACED

Kashmir, Xinjiang and Arab lands in the Middle East: Victims of the civilizational agendaIndia and Pakistan: Nuclear war – a remote, but real threatIndia, Modi and the Muslim minority: "Not yet a Hindu Pakistan"

In June Canada's French-speaking province Quebec passed Bill 21, banning the wearing of religious symbols or garments by certain public servants in the workplace. Aside from the civil rights implications, the bill has also made visible minorities, specifically Muslims, the target of racist attacks. By Richard Marcus END_OF_DOCUMENT_TOKEN_TO_BE_REPLACED

In their field journal “The Crack” photographer Carlos Spottorno and journalist Guillermo Abril report the unfolding of Europeʹs migrant crisis from Africa to the Arctic over the course of three years. Their aim? To identify the causes and consequences of Europeʹs identity crisis. Interview by Naima Morelli END_OF_DOCUMENT_TOKEN_TO_BE_REPLACED

On 16 June, Quebecʹs National Assembly passed Bill 21, a controversial law banning certain public servants from wearing religious symbols at work. Combined with tougher immigration laws introduced by the Francophone region, this would seem to indicate that part, if not all, of Canada is shifting inexorably to the right. By Richard Marcus END_OF_DOCUMENT_TOKEN_TO_BE_REPLACED

END_OF_DOCUMENT_TOKEN_TO_BE_REPLACED
Social media
and networks
Subscribe to our
newsletter