Lebanon was long viewed as the Switzerland of the Middle East. Until relatively recently, billions were deposited in its banks. Gulf states were among the foremost investors in Beirut. But this all came to an end in 2019. Now the troubled nation is gripped by the worst economic crisis in its history. Birgit Svensson reports from Beirut and Tripoli END_OF_DOCUMENT_TOKEN_TO_BE_REPLACED

Lebanese thinker Martin Accad: "Lebanon's tragedy is political sectarianism"Lebanese protesters call for systemic change: What now for Beirut, once the Paris of the Middle East?Beirut on the brink: Regardless of corona, Lebanon is at economic breaking point

In his most recent book, "Trust in Divided Societies: State, Institutions and Governance in Lebanon, Syria and Palestine", political scientist Abdalhadi Alijla writes that not culture, but the failure of state institutions is what is causing the crisis of statehood in the Middle East. In this interview with Tugrul von Mende, Alijla argues for the reconfiguration of incompetent state bodies as a means of regaining the public's trust END_OF_DOCUMENT_TOKEN_TO_BE_REPLACED

Beirut on the brink: Regardless of corona, Lebanon is at economic breaking pointAftermath of the Beirut explosion: Lebanon, a state in freefall thanks to corrupt governanceCorruption in the Arab world: Why are most Arabs so prepared to trust the military?Protesting for reform and an end to corruption: Iraq's youth reject the dire status quo

In Lebanon, collective trauma is obvious. The explosions in Beirut on 4 August will have triggered memories of the civil war in many people. By understanding how individual and social identities are influenced by the past, peace work can help contribute to the healing process. By Miriam Modalal and Dalilah Reuben-Shemia END_OF_DOCUMENT_TOKEN_TO_BE_REPLACED 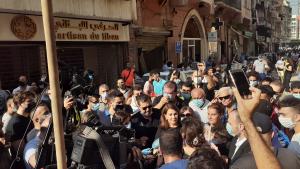 "Revolution is born out of suffering"

Following the explosion in the port of Beirut, the Lebanese are united in their anger with the politicians. Volunteers are sweeping up broken glass and removing rubble and stones from houses. While the political scene is trying to sort itself out, it is the Lebanese people who are rebuilding the country. Julia Neumann reports from Beirut END_OF_DOCUMENT_TOKEN_TO_BE_REPLACED

Interview with Lebanese political scientist Bassel Salloukh: Will a new Lebanon arise from the ashes of Beirut?Aftermath of the Beirut explosion: Lebanon, a state in freefall thanks to corrupt governanceQantara dossier: Lebanon

In Lebanon, the local currency has slumped to a record low, people are losing their jobs and the price of food is skyrocketing. Despite the threat posed by the coronavirus, hundreds are taking to the streets in protest. Julia Neumann reports from Beirut END_OF_DOCUMENT_TOKEN_TO_BE_REPLACED

Beirut on the brink: Regardless of corona, Lebanon is at economic breaking pointA toxic combination of sectarianism and rentierism: Lebanon's perfect stormSocial inequality in the Arab world: There is no state in Lebanon

Today's in-fighting over the composition of the country's next cabinet is part of a larger battle for a new political settlement. The financial crisis poses a mortal danger to the country; but it also represents an opportunity for political change. By Ishac Diwan END_OF_DOCUMENT_TOKEN_TO_BE_REPLACED

The upheavals of the past year in the MENA region are arguably as momentous as those of the Arab Spring in 2011. Yet perhaps the biggest difference is that our interest seems to have evaporated. Why? Essay by Jannis Hagmann END_OF_DOCUMENT_TOKEN_TO_BE_REPLACED

In the “Lebanese Politics Podcast”, co-host Nizar Hassan analyses political events in Lebanon. In interview with Qantara, he talks about solutions to the country’s economic crisis, the role of Hezbollah in the political negotiations and Lebanon's political prospects END_OF_DOCUMENT_TOKEN_TO_BE_REPLACED

Mass protests in Sudan, Algeria, Lebanon and Iraq: Is this the Arab Spring 2.0?Middle East: Lebanon's protesters are here to stayUnrest in the Arab world: The genie is out of the bottle 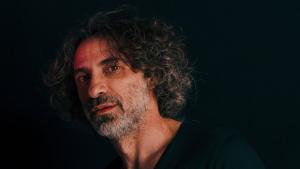 "First, they all have to go. And all means all"

The Lebanese director Rabih Mroué explains why a tax on WhatsApp led to an outbreak of mass protests in his country. And also why the government has until now refrained from using force. Rabih Mroue talked to Till Briegleb END_OF_DOCUMENT_TOKEN_TO_BE_REPLACED

The Arab world is one gigantic pressure cooker. For the most part the lid of repression is on, but it is boiling over with increasing frequency. Whether in Lebanon, Iraq or in Algeria, where people are rising up against political despotism and corruption. By Karim El-Gawhary END_OF_DOCUMENT_TOKEN_TO_BE_REPLACED 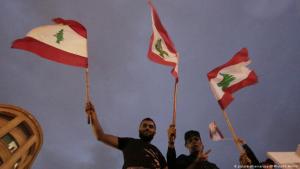 Lebanon's protesters are here to stay

Demonstrators in Lebanon have been taking to the streets for days demanding the resignation of the government. So far, the government has offered little to pacify the people. How long can this go on? Diana Hodali reports END_OF_DOCUMENT_TOKEN_TO_BE_REPLACED

Political crisis in Lebanon: Time is running out for Saad HaririLebanon protesters block roads to keep revolt alive Lebanonʹs rubbish crisis and youth protests: "If not us, then who?" 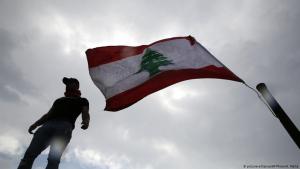 Time is running out for Saad Hariri

In Lebanon, protests continue against the government. Prime Minister Saad Hariri has already lost a coalition partner. His power appears to be eroding. Diana Hodali reports from Beirut END_OF_DOCUMENT_TOKEN_TO_BE_REPLACED

Lebanon's Hariri agrees reforms amid nationwide protests over economic crisis Social inequality in the Arab world: There is no state in LebanonLebanonʹs rubbish crisis and youth protests: "If not us, then who?" 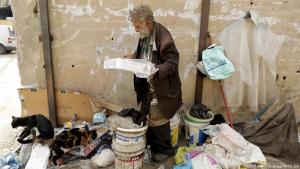 Social inequality in the Arab world

There is no state in Lebanon

Poverty is more than a lack of money, as the World Bank definition confirms. Moreover, it is harder to bear in countries where social inequality is more marked and individuals have less chance of social advancement. Mona Naggar recounts her observations from living in Beirut END_OF_DOCUMENT_TOKEN_TO_BE_REPLACED

Syrian refugee children: Urgent action requiredHistory of the Lebanese civil war: Coming to blows over a school textbookLebanon′s education system: The problem with political IslamInterview with Nadine Labaki: Thinking outside the box 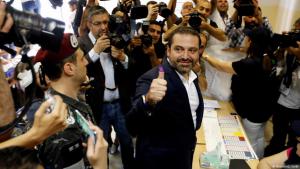 Although the Hezbollah-led coalition won the recent elections in Lebanon, the result also makes it clear that political exclusion is in no-oneʹs best interests. Memories of the nation’s own civil war are still too vivid. By Karim El-Gawhary END_OF_DOCUMENT_TOKEN_TO_BE_REPLACED 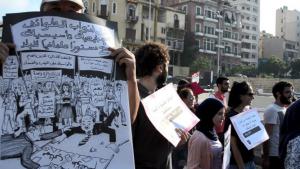 Something remarkable has begun in Beirut. Massive government mismanagement and the attendant rubbish crisis two years ago inspired and galvanised Lebanese youth to demand more of their government and to hold their leaders accountable. It all began with the closure of the Naameh landfill, which was over-capacity. Kareem Chehayeb recalls the protests END_OF_DOCUMENT_TOKEN_TO_BE_REPLACED 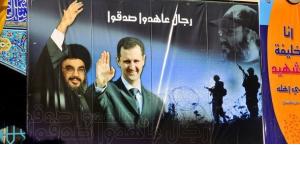 In the Shadow of the Syrian Revolution

The violence that has been raging in Syria for over a year now is increasingly fanning the flames of religious and political tension in neighbouring Lebanon, where armed clashes have broken out in recent weeks. Sabina Casagrande spoke to Rouzbeh Parsi of the European Union Institute for Security Studies in Paris about the origins of the conflict END_OF_DOCUMENT_TOKEN_TO_BE_REPLACED

Political Perspectives after the Massacre in Syria: Time for Plan BHistory of the Lebanese Civil War: Coming to Blows over a School TextbookInterview with Tarek Mitri: The Fruits of Pent-Up Fear

END_OF_DOCUMENT_TOKEN_TO_BE_REPLACED
Social media
and networks
Subscribe to our
newsletter