Topic: Sexism and violence against women 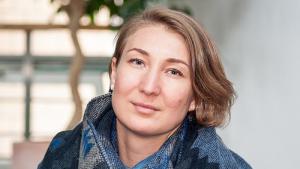 "Ala kachuu" is Kyrgyz and translates as "Grab her and run". What sounds like an entertaining popular sport is actually the widespread practice of kidnapping women and forcing them into marriage. With her initiative "Ala kachuu is no cool!" Kyrgyz Svetlana Dzardanova is taking a stand against the alleged custom. By Wolfgang Kuhnle END_OF_DOCUMENT_TOKEN_TO_BE_REPLACED

Bride kidnapping in Kyrgyzstan: A fateful traditionInterview Halis Cicek: "Forced marriage is a contemporary form of slavery"Women in Morocco: Rape victims no longer forced to marry their aggressors 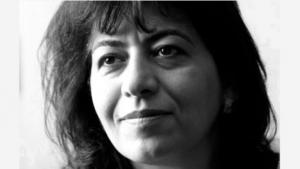 In a harrowing compilation of true stories charting the fate of women abducted by IS in Iraq, Dunya Mikhail shows how the best of human qualities can persist even in the worst of times. Marcia Lynx Qualey read the book END_OF_DOCUMENT_TOKEN_TO_BE_REPLACED

Nadia Murad: One woman's fight against Islamic StateThe abduction of women by IS: Traded like cattleWomen′s writing workshop in Basra, Iraq: Writing to survive 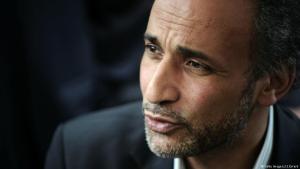 Yet to be proven 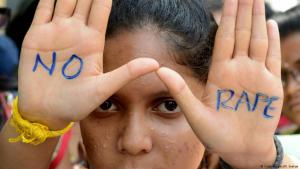 The most recent rape and murder of a girl in Pakistan caused a huge public outcry. Though similar cases in neighbouring India have tended to attract fewer headlines, sexual violence in both countries is an ongoing problem, says Esther Felden END_OF_DOCUMENT_TOKEN_TO_BE_REPLACED 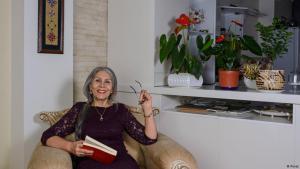 Mahvash Sabet, a leading representative of the Baha'i religion, spent almost ten years in Iranian prisons because of her faith. She was released in September. Sabet turned her experiences during her confinement into poems, which she managed to smuggle out of prison. Interview by Keyvandokht Ghahari END_OF_DOCUMENT_TOKEN_TO_BE_REPLACED 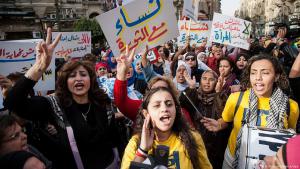 The key to change

Occasionally periods of social regression and progressive developments occur simultaneously. After all, among the many catastrophic reports emerging from the Arab world there are also a few glimmers of hope – for women. Report by Mey Dudin END_OF_DOCUMENT_TOKEN_TO_BE_REPLACED 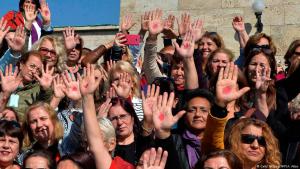 On 18 October, the Turkish parliament approved a controversial bill that in future will allow Islamic muftis to register weddings. Critics fear that this will erode the civil rights of women and expose more girls to the dangers of underage marriage. Ylenia Gostoli reports from Turkey END_OF_DOCUMENT_TOKEN_TO_BE_REPLACED 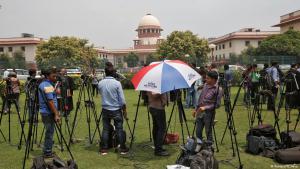 India′s Supreme Court recently declared the Islamic practice of "instant divorce" to be anti-constitutional. The judges argued that since ″triple talaq″ is not an integral part of the Muslim faith, it is not subject to protection under the principle of religious freedom. Ronald Meinardus reports from New Delhi END_OF_DOCUMENT_TOKEN_TO_BE_REPLACED 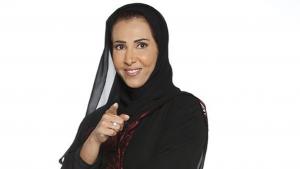 Badriah Albeshr′s ″Hend and the Soldiers″ created a small uproar in Saudi Arabia when it was first published in Arabic in 2006. Much of Saudi women′s literature at the time was shrugged off as chick lit. Yet, shuttling between chatty romance, political commentary and a stylised literary work, ″Hend and the Soldiers″ struck a nerve. Marcia Lynx Qualey read the book END_OF_DOCUMENT_TOKEN_TO_BE_REPLACED 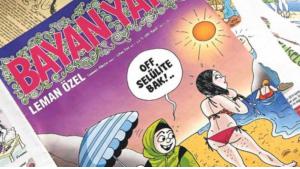 Bayan Yani is a satirical magazine led by women in a country which is becoming increasingly hostile to them. For more than six years, cartoonists and writers in Turkey have combined their talents to make readers not only think, but also laugh in a feminist way. By Clement Girardot END_OF_DOCUMENT_TOKEN_TO_BE_REPLACED 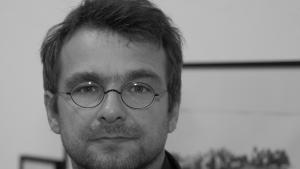 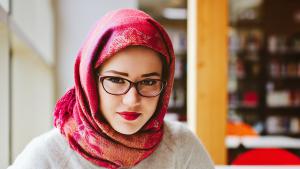 Can feminism be Islamic?

Islamic feminism is a relatively new concept and not without controversy. Indeed many wonder whether it is possible to reconcile feminism with Islam – a religion critics regard as inherently patriarchal. By Salma Khattab END_OF_DOCUMENT_TOKEN_TO_BE_REPLACED

Book review: Zahra Ali's "Islamic Feminisms": Female emancipation based on the spirit of Sharia Interview with Amina Wadud: ''Islam belongs to all its believers''Qantara dossier:"Feminism in Islam" 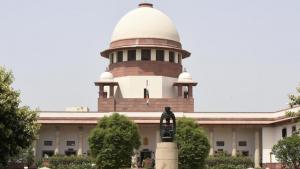 India's Supreme Court is currently considering the Muslim practice of instant divorce. The family law allows Muslim men to end their marriages by simply repeating the word "talaq" (Arabic for divorce) three times. But there is growing opposition to the practice. Ronald Meinardus reports from New Delhi END_OF_DOCUMENT_TOKEN_TO_BE_REPLACED 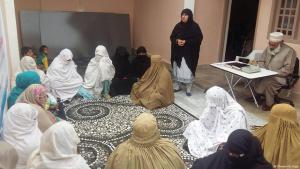 In rural Pakistan justice is administered on an ad-hoc basis. Men make the decisions and women can sometimes face brutal treatment. Now a group of them are fighting back. Report from the Swat Valley by Naila Inayat and Jennifer Collins END_OF_DOCUMENT_TOKEN_TO_BE_REPLACED

Gender equality in the Middle East: To the benefit of allViolence against women: Young Arab men fight for women′s rightsTransgender activism in Pakistan: The dynamic third gender 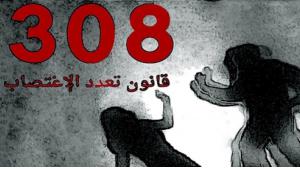 No house room for criminals

Many Arab countries have laws that grant offenders immunity from prosecution if they marry the woman they have raped. While Jordan has taken the first steps to change this controversial legal situation, Lebanon looks likely to follow suit. By Dunja Ramadan END_OF_DOCUMENT_TOKEN_TO_BE_REPLACED

The uprising of women in the Arab world: Fighting patriarchal tyrannyWomen's rights in Morocco: Gender equality on paper onlyBook review: Zahra Ali's "Islamic Feminisms": Female emancipation based on the spirit of Sharia 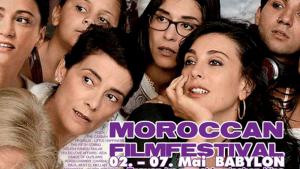 For freedom and diversity

The Moroccan Film Festival in Berlin highlighted films made by women or dealing with women's issues. In interview with Elizabeth Grenier, the director of the Moroccan Cinema Centre revealed what he found most fascinating about the movies in the programme END_OF_DOCUMENT_TOKEN_TO_BE_REPLACED

END_OF_DOCUMENT_TOKEN_TO_BE_REPLACED
Social media
and networks
Subscribe to our
newsletter