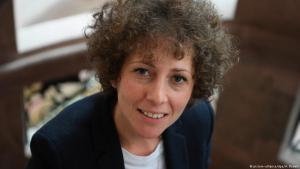 The trap of the century

Shortlisted for the 2017 German Book Prize with her debut novel "Ausser Sich", playwright and novelist Sasha-Marianna Salzmann discusses the sense of flux – in language, gender and in nations – that dominates contemporary existence and how the past continues to live on. Interview by Noha Abdelrassoul END_OF_DOCUMENT_TOKEN_TO_BE_REPLACED 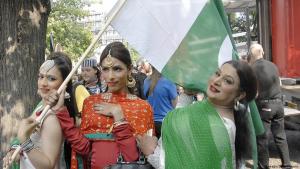 In March 2018 Pakistanʹs transgender community experienced an incredible turnaround, when legislators passed a new law protecting them. Pakistani author Mahwish Gul believes it is the first step towards ending marginalisation and deprivation END_OF_DOCUMENT_TOKEN_TO_BE_REPLACED

Transgender activism in Pakistan: The dynamic third gender Moroccoʹs ʹaitaʹ folk music and "Cabaret al-Shaikat": Cross-dressers lead a musical revivalInterview with LGBT Rights Activist Arsham Parsi: ''Rights are never given; we have to fight for them'' 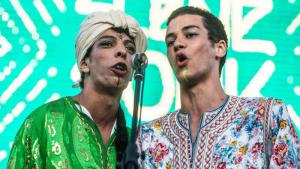 15th Gnawa music festival in Morocco: A festival of fusionThe Master Musicians of Joujouka: The faded myth of the goat-godThe Moroccan fusion singer Oum: ''I am a Muslim, but I make decisions about my life'' 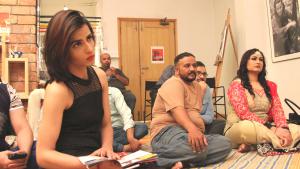 In times of increasing radicalisation, minorities and those who occupy society's niches and in-between realms can become prime targets, as the attack last weekend on a gay nightclub in Florida so painfully demonstrated. Recently, however, on the other side of the globe in South Asia, there have also been some astounding breakthroughs. By Sara-Duana Meyer END_OF_DOCUMENT_TOKEN_TO_BE_REPLACED

Interview with LGBT rights activist Arsham Parsi: ''Rights are never given; we have to fight for them''Book review: "What makes a man? Sex talk in Beirut and Berlin": An honest and painful cultural exchange Brian Whitaker – "Unspeakable Love": Gay and lesbian life in the Middle EastGay rights in Malaysia: Creating change in the mosque 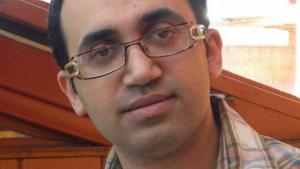 ﻿Arsham Parsi is an Iranian LGBT human rights activist who lives in exile in Canada. In this interview with Ceyda Nurtsch, he speaks about the situation for lesbians, gays, bisexuals and transsexuals (LGBTs) in Iran and his work to support LGBT refugees who flee the country for the West and explains why he is so optimistic about it all END_OF_DOCUMENT_TOKEN_TO_BE_REPLACED

Gay Rights in Tunisia: Not Illegal, but TabooGay Rights in Malaysia: Creating Change in the MosqueIraqi Gay Refugees: A Temporary Haven in Lebanon''A Jihad for Love'' – a documentary by Parvez Sharma: Islam's Most Unlikely StorytellersBrian Whitaker – ''Unspeakable Love'': Gay and Lesbian Life in the Middle East
Social media
and networks
Subscribe to our
newsletter