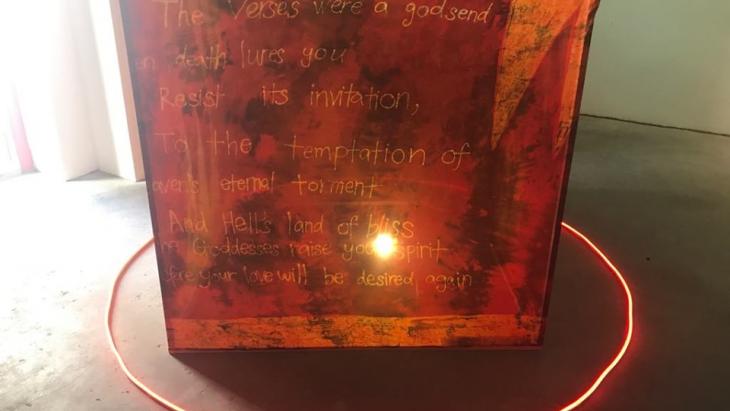 How to talk about spiritual matters in a highly secularised, hyper-pragmatic society? This was the question artists exhibiting at the Stamford Art Centre in Singapore grappled with during the 2020 Singapore Art Week. By Naima Morelli

In this group exhibition, six artists – Ila, Nhawfal Juma’at, Huijun Lu, Noor Iskandar, Fajrina Razak and Dzaki Safaruan – represented the metaphysical journey of the individual.The artists were predominantly Muslims and the show was supported by the Islamic association Angkatan Pelukis Aneka Daya (APAD). However, as the organisers pointed out, this was not a Muslim show. Instead the focus was on spirituality in an expanded sense, each artist drawing from their particular background and artistic research.

"We were not focussing on one particular religion," said artist Fajrina Razak. "Yes, religion was addressed during the show, but our assumption is that spirituality is so much more than that. To me, it's the connection between all living things – humans, animals and the natural world."

Exhibiting about spirituality assumes particular significance in the Singaporean context, where religious and cultural narratives are still in the making and as such are continuously being explored by artists.

Artist Noor Iskandar pointed out that it is not that spirituality is non-existent in Singapore, it is just that it is not highlighted enough in art and society: "I feel those deeper questions about the meaning of life have always been there. It's just that perhaps, in the hyper-pragmatic Singaporean context, we tend to fight shy of all the nuances."

Fajrina Razak emphasised how Singapore stands out from to its Southeast Asian neighbours: “Singapore is secular country, but we are surrounded by countries that are currently in the grip of pronounced religious nationalism. At the moment Malaysia and Indonesia are politicising religion. So as a secular country, how do we go about maintaining this multi-faith harmony?" 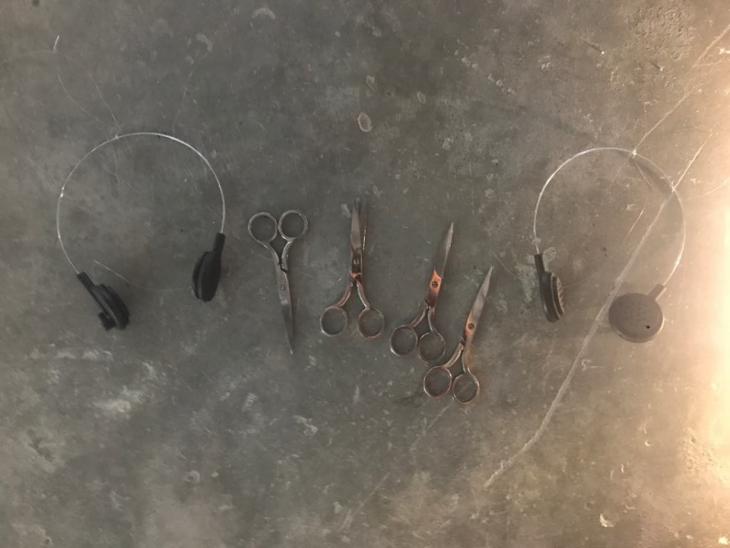 Create your own ritual and fill the void: for artist Dzaki Safaruan, the silence experienced through the headphones related to the idea of nothingness found in Zen Buddhism. Visitors were invited to cut the wires suspending the headphones from the ceiling. Tying back the headphones and elevating them until they were just out of reach enabled people to create their own personal symbols for spiritual growth

"Singapore is extremely diverse," noted artist Noor. "We are part of this Malay peninsula, we were part of bigger empires hundreds of years ago, and yet we live in a very heterogeneous place. I want to know where Singapore came from, how Islam came here, and all the counter-narratives. I think when people start questioning the assumptions they have been living with, that's when the beauty emerges."

Walking into the space, a work inviting visitors to re-contextualise religious practices caught the attention immediately. The installation by Dzaki Safaruan was composed of different sets of headphones hanging from the ceiling. The idea was for people to put on the headphones. Expecting to hear something, they would be surprised when no sound came.

To the artist, the silence related to the idea of nothingness found in Zen Buddhism; it was an invitation for visitors to fill the void by creating their own ritual. The threads by which the headphones were suspended from the ceiling were also meant to be cut by visitors. By tying back the headphones and elevating them until they were just out of reach, they created their own personal symbols for spiritual growth.

Water buffalo and oxen have been part of the work in Indonesian fields for centuries. But the draught animals are no strangers to sport either, as can be seen in two traditional ... END_OF_DOCUMENT_TOKEN_TO_BE_REPLACED

According to the latest Reuters tally, more than 2.54 million people are now reported to have been infected by the novel coronavirus globally and 177,004 have died. As Muslims ... END_OF_DOCUMENT_TOKEN_TO_BE_REPLACED

Around the Islamic world, lockdowns and curfews are being extended and religious ceremonies are being cancelled outright in the hope of slowing the spread of COVID-19. Here’s the ... END_OF_DOCUMENT_TOKEN_TO_BE_REPLACED

While some are beginning to protest the lockdown, others are unable to bury their loved ones in accordance with Islam. Here’s the latest from across the region END_OF_DOCUMENT_TOKEN_TO_BE_REPLACED

Coronavirus continues unabated. Iran remains a hub of infection, war-torn Syria has recorded its first case and Yemen is bracing itself for the worst. Here’s the latest from ... END_OF_DOCUMENT_TOKEN_TO_BE_REPLACED

As COVID-19 sweeps across the globe, it is forcing religions to adapt and take action to prevent infection. But experts warn against using the crisis to fuel conspiracy theories. ... END_OF_DOCUMENT_TOKEN_TO_BE_REPLACED
Author:
Naima Morelli
Date:
Mail:
Send via mail

END_OF_DOCUMENT_TOKEN_TO_BE_REPLACED
Social media
and networks
Subscribe to our
newsletter