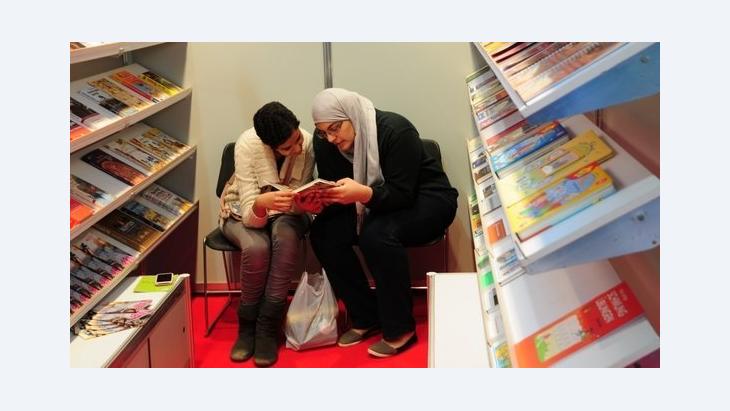 ﻿Last year, the Cairo Book Fair was thrown into the shadows by the revolutionary events in Egypt, but this year the public is once more showing interest. As Asira El Ahl found out, the young generation is especially keen on the kinds of books which meet their interests

﻿Midday prayers have just begun and, in a special room in the Saudi tent, the men are kneeling towards Mecca. Meanwhile, business continues elsewhere unimpressed.

There are stands everywhere with books about Islam and Islamic law. In front stand men with long beards and short Galabeyas – robes which normally reach down to the ground. This tent is obviously particularly attractive to Wahhabi-inspired Salafists, who have come to stock up with new reading material.

It's two years since the revolution, and for the first time since the uprising, the 44th Cairo Book Fair is able to take place again in all its glory. This year, 735 publishers have come to show and sell their books to the public. It's the largest and oldest book fair in the Arab world, and it has always traditionally begun in the last week of January.

Two years ago, everything was ready for the event when the demonstrations on Tahrir Square began and the fair was cancelled. The fair took place in 2012, but "with the hand-brake on". 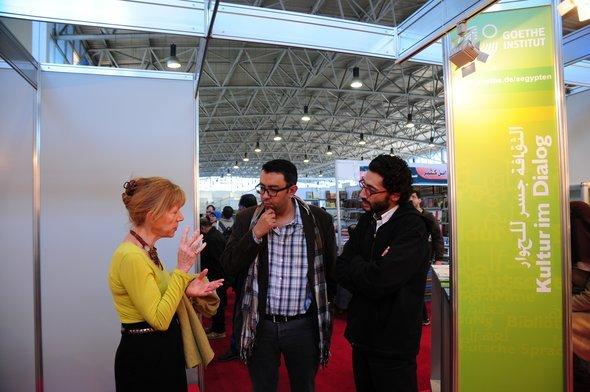 Exchange of views: the Goethe Institute offers young publishers and booksellers the chance to make working visits to their German counterparts

​​But now it's time to let the fair rip again: by early afternoon on the day after the official opening - which is a holiday marking the Prophet's birthday - thousands of people are streaming across the trade fair site in the district of Madinat Nasr.

Living in the City

That's the day on which the German stand is opened to the public in Hall 19, one of the trade fair's main buildings. As in previous years, the stand is operated by the Frankfurt Book Fair working with the Goethe Institute; this year, it's presenting 450 new publications from Germany, among them literary works.

The Frankfurt Book Fair has prepared a special collection of books for Cairo under the motto "Living in the City", as well as a collection of books about Egypt. And five publishers, among them the renowned Suhrkamp, have brought their new publications with them.

The Institute's training programme for publishers, which is supported by the Egyptian publishers' association, has been in existence since 2008. It offers the chance to young publishers to spend time working with their counterparts in Germany. It also offers young booksellers four-week practical placements with German booksellers.

The discussion is chaired by Sherif Bakr, who has been involved in the scheme from the start. Together with Sherif Kassem and the Goethe Institute, he started the "Training Programme for Publishers from the Arab World", to help to modernise Egyptian publishing. 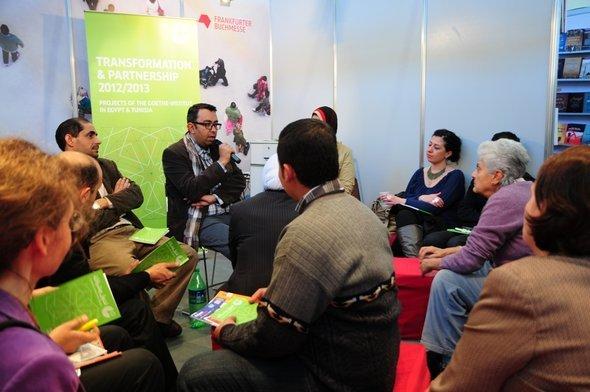 Together with Sherif Kassem and the Goethe Institute, Sherif Bakr (centre) started the "Training Programme for Publishers from the Arab World", to help to modernise Egyptian publishing

​​Although publishing has a long history in the Arab world, and Egypt – with its 650 publishing houses and its international book fair – is home to the region's largest publishing industry, there are still many problems which need to be dealt with.

New literature for a new generation

Most publishing house are old-established family businesses, which are organised in a very hierarchical fashion and in which decisions about publishing policy are scarcely communicated, if at all. There is also almost no distribution system. But the biggest problem is that there are no readers.

Although 300 million people speak Arabic, says Sherif Bakr, most books only have an average print-run of 1,000 to 3,000 copies. A book which sells 6,000 copies in six months is seen as a best-seller.

But Bakr remains optimistic. In 2005 he took over the family business "Al-Arabi". "We've put the most difficult and darkest times behind us now," he says now. The graphs are all pointing upwards: "There's a new generation growing up, and they want to read different things, and they're very interested."

In addition, there's a number of young publishers who are bringing a fresh breeze into the world of publishing with their crazy ideas. "They know what the young generation is interested in, what they're talking about and what they want to read," says Bakr. They give young people what they want, and are thus changing the industry's business model. 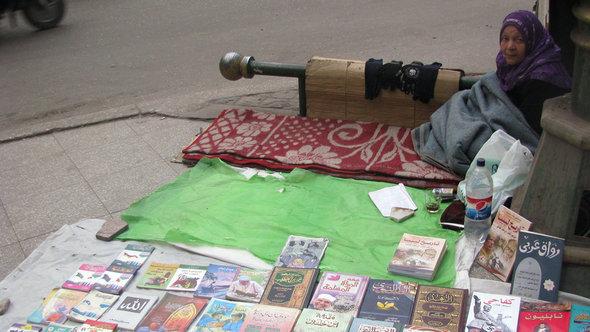 Muslim literature is the main category: Sixty percent of the titles that are sold at the fair are religious books

​​But, says Bakr, the biggest challenge for publishers right now is the economic situation. In 2011, when the book fair was cancelled altogether, some publishers did not bring a single new book to market.

Last year's fair didn't make things much better. The public libraries, which usually use the book fair to update their stocks and which were seen as reliable customers, didn't buy a single book in 2012. The state just didn't have the money.

No desire to import the revolution

In 2012, when the fair was smaller than usual, the Gulf states didn't turn up; Bakr says the Gulf states are usually a good market for Egyptian publishers. Every university and library would buy new publications in order to support the market. "But since the revolution, they've become careful with Egyptian publishers," notes Bakr. "They don't want to import the revolution."

Bakr points out that the figures haven't changed much over the years – the revolution hadn't made much difference.

"It was always the case that it was mostly religious titles which were sold at the book fair," he says. Perhaps publishers felt easier now than they did in Mubarak's time with showing their own religious position, for example, by wearing a beard.

The hopes of the publishers rest above all on the sales figures. It's those which will determine how the industry will fare in the coming year. As Bakr notes: "We make 40 percent of our annual turnover at the book fair, so it's decisively important for us how well we sell here."

In Doha, Arabs from Morocco, Tunisia, Egypt and Algeria are gathering to celebrate the first ever FIFA World Cup to be held on Arab soil. The criticism from Europe? Over the top, ... END_OF_DOCUMENT_TOKEN_TO_BE_REPLACED

November 2022 sees the Arab world firmly in the spotlight with the COP27 in Egypt and the FIFA World Cup in Qatar. Public trust in MENA governments is weak, thanks to their ... END_OF_DOCUMENT_TOKEN_TO_BE_REPLACED

Palme d’Or winner "Boy from Heaven" is a classic crossover film in which cultural elements are mixed together in haphazard and random fashion. Shady Lewis Botros bemoans the ... END_OF_DOCUMENT_TOKEN_TO_BE_REPLACED

COP27 in Sharm el-Sheikh is turning into a PR disaster for Egypt’s military regime. Instead of praise for the host, the news is full of solidarity for imprisoned activist Alaa ... END_OF_DOCUMENT_TOKEN_TO_BE_REPLACED

END_OF_DOCUMENT_TOKEN_TO_BE_REPLACED
Social media
and networks
Subscribe to our
newsletter