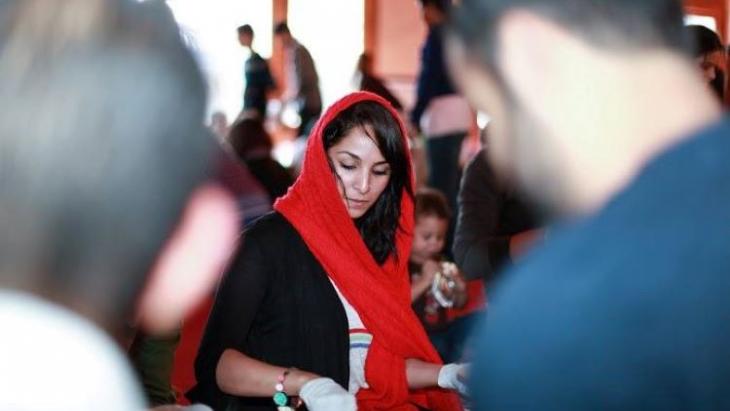 Twenty years after 9/11, the world is faced with the dual challenge of Islamophobia and anti-Westernism. Ahmet Kuru argues that Muslims in the West, well versed in both Western and Muslim cultures, are key to resolving the mutual antipathy felt by many

A few days after the terrorist attacks on 11 September 2001, my late father called me. In a worried but determined voice, he asked me to move from Seattle, where I was pursuing my PhD, to Canada, before taking a flight to Turkey. Any attempt to fly directly to Turkey from a U.S. airport would be suspicious, since my name was Ahmet.

I explained to my father that I had nothing to worry about. He insisted: "My son, you don’t understand; the United States has declared war." That's how anxious my father was – an economist by education and politician by career – in Turkey at that time.

On the one hand, my father was wrong. I have lived in the United States for two decades since 9/11 without any problem being attached to my Muslim identity. On the other, he was right. The United States did declare a counterproductive "war on terror", which included the invasion of Iraq and Afghanistan, and finally ended just a few weeks ago.

So what have we learnt during this twenty-year adventure? How has it affected the relationship between the Western and the Muslim world?

The 9/11 attacks reminded many people of Samuel Huntington's "clash of civilizations" thesis. The destruction of the Berlin Wall in 1989 and the collapse of the Soviet Union two years later had given particular momentum to democratisation globally, especially in Eastern Europe. 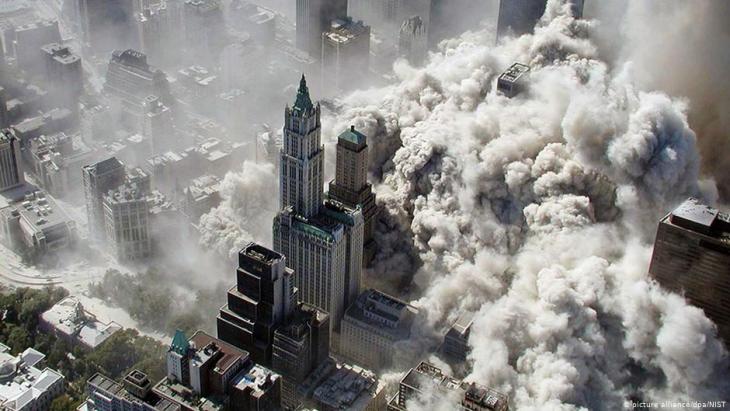 The worldwide momentum towards democracy triggered by the end of the Cold War in 1989 was challenged by Samuel Huntington's clash of civilisations theory. "For some, the 9/11 attacks in 2001 were confirmation of this stance, abruptly ending the wave of optimism that had begun a dozen years previously," writes political scientist Ahmet Kuru

While optimism about worldwide democratisation continued, Huntington came out with a pessimistic thesis in 1993 that divided the world into eight civilisations and predicted a clash between the West and Islamic countries, particularly if the latter were to ally with China.

Huntington’s thesis, which replaced the old Soviet enemy with a new Islamic enemy, became a key means of framing the 9/11 attacks. At least for some policy-makers, the terrorist attacks were a challenge by the Muslims, who "hate us". Thus, they should be responded to in the only way they would understand – war and invasion.

There was legitimate excuse for the U.S. invasion of Afghanistan in 2001. After all, the Taliban regime was harbouring the prime suspect of 9/11 – al-Qaida and its leader Osama Bin Laden. The invasion of Iraq in 2003, however, had no such premise. By contrast, it was based on some fabricated accusations about Iraq's connection to 9/11, as well as false claims about its possession of weapons of mass destruction.

Shortly after the invasion, one more element was added to the narrative: Iraq was to become a model democracy in the Middle East, like the post-WWII transformations of Germany and Japan. Within a couple of years, however, public confidence in that analogy already seemed misplaced. Conditions in Iraq were very different and the Americans' dismantling of Iraqi political and military institutions led to long-lasting instability. 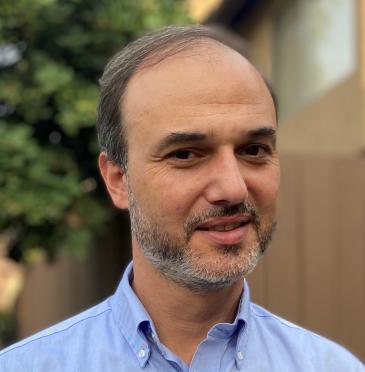 Ahmet Kuru: "Almost two decades after these invasions, most observers agree on their overall failure. The only goal the United States seems to have achieved was killing Osama Bin Laden and substantially weakening al-Qaida. Despite a considerable number of military casualties and trillions of dollars in investment, the United States achieved almost nothing else"

Almost two decades after these invasions, most observers agree on their overall failure. The only goal the United States seems to have achieved was killing Osama Bin Laden and substantially weakening al-Qaida. Despite a considerable number of military casualties and trillions of dollars in investment, the United States achieved almost nothing else.

Today, the Taliban is establishing its new regime in Afghanistan by building better relations with Iran and Russia than it enjoyed previously.

For its part, Iran has also gained much more leverage in Iraq. While sworn enemies with Saddam Hussein's regime, the Islamic Republic has gone on to become the country with the most influence over Iraqi politics post-U.S. invasion. This is clearly a geopolitical loss for the United States.

Even more crucially, however, the United States has largely forfeited its reputation in Muslim societies around the globe.

It is now seen as an aggressive actor responsible for the deaths of a huge number of people in Iraq and Afghanistan, thus fanning the flames of latent anti-Western sentiment in many Muslim-majority countries.

Deepening Islamophobia in the United States and anti-Westernism in the Muslim world are arguably the worst outcomes to have spiralled out of the 9/11 attacks, the resulting invasions of Afghanistan and Iraq, not to mention the various terrorist attacks perpetrated by Muslims in different European cities over the last twenty years.

Nine years after 9/11, a U.S. national debate about siting an Islamic Center project close to the location of the destroyed Twin Towers in Manhattan created such a massive uproar that Time Magazine responded with a cover page story asking, "Is America Islamophobic?"

Since then, the United States have taken important steps forward in terms of the integration of Muslims into mainstream American society. Today, the U.S. House of Representatives has three Muslim members. Among them, Ilhan Omar, the first representative to wear a hijab, and Rashida Tlaib, the first representative with Muslim Palestinian ancestry, are publicly very visible. This has coincided with increasing public criticism of Israeli policies against Palestinians in the United States.

Additionally, Muslim athletes, artists, and other professionals have boosted their public stature in American society – as reflected by the latest cover of Newsweek: "Since 9/11, US Muslims Have Gained Unprecedented Political, Cultural Influence". 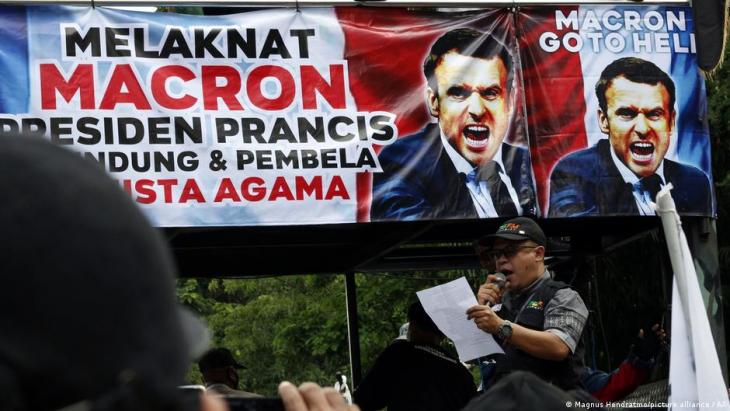 France's assimilationist attitude has singled out its Muslim minority: "Restrictive policies in Western countries, as well as the U.S. invasions, have fuelled anti-Western sentiment in many Muslim-majority countries. Anti-Westernism has been also promoted in these countries by various conspiracy theories, political demagoguery and religious fanaticism," argues Kuru

Some European countries, particularly France, have however pursued a different direction. In 2004, the French parliament banned Muslim female students from wearing headscarves, together with some other "conspicuous" religious symbols, in public schools. Since then, French politicians have continued to propose new laws and policies to deal with the "Islamic question". Indeed, President Emmanuel Macron recently went so far as to declare his intention of creating an "enlightened Islam". Over a month ago, the French National Assembly passed a bill to fight against "separatism", which restricts various religious freedoms – with particular emphasis on Islam.

There also seems to be a gap between French and American policies toward their Muslim minorities. In the United States, especially after the Black Lives Matter movement, there is now an emphasis on the recognition and even celebration of multiple identities, whereas in France, an assimilationist attitude targets the Muslim minority, by ignoring the racial element, despite the fact that most Muslims in France are either immigrants from Africa or their descendants. On the other hand, had Donald Trump been re-elected, we might have seen the U.S. administration imposing certain restrictions on Muslims –Trump’s ban on travellers from several Muslim-majority countries was likely just the beginning.

These restrictive policies in Western countries, as well as the U.S. invasions, have fuelled anti-Western sentiment in many Muslim-majority countries. Anti-Westernism has been also promoted in these countries by various conspiracy theories, political demagoguery and religious fanaticism. It is surprising that at a time when China is pursuing ethno-religious cleansing against ten million Muslim Uighurs by putting a million of them into concentration camps – an atrocity documented by the Western media – anti-Westernism remains such a strong sentiment in many parts of the Muslim world. 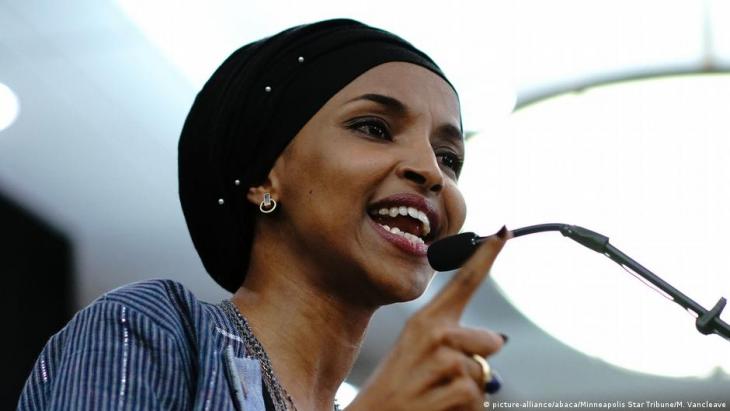 "Since 9/11, U.S. Muslims have gained unprecedented political and cultural influence": these days, the U.S. House of Representatives has three Muslim members, including Ilhan Omar (pictured here), the first representative to wear a hijab, and Rashida Tlaib, the first representative with Muslim Palestinian ancestry. Public criticism of Israeli policies against Palestinians has increased as a result. Muslim athletes, artists, and other professionals have also moved more centre-stage in the public's awareness

How to reach a mutual understanding?

Humanity did learn certain lessons from the tragedies of World War II. This was expressed in the establishment of the United Nations and documented in many ways, the most notable being the Universal Declaration of Human Rights. Many of these lessons, however, were quickly forgotten and the Cold War and its arms race began.

The end of the Cold War in 1989 triggered a worldwide momentum towards democratisation. That optimism, however, was challenged by the clash of civilisations theory that claimed the existence of a new cold war between the West and the Muslim world. For some, the 9/11 attacks in 2001 were confirmation of this stance, abruptly ending the wave of optimism that had begun a dozen years previously.

Twenty years after 9/11, we are faced with the dual challenge of Islamophobia and anti-Westernism. Those best placed to address this challenge are Muslims in the West. Well acquainted with both Western and Muslim contexts, their very existence refutes the alleged binary opposition between Islam and the West. The success of Muslim professionals in Western societies can only help to increase the chances of resolving the mutual antipathy felt by people in the Muslim world and the West since 9/11.

Ahmet T. Kuru is Porteous Professor of Political Science at San Diego State University. Author of "Secularism and State Policies toward Religion: The United States, France, and Turkey" and co-editor of "Democracy, Islam, and Secularism in Turkey", his works have been translated into Arabic, Bosnian, Chinese, French, German, Indonesian, Persian and Turkish.

Home
Print
Newsletter
More on this topic
Portrait of the Lebanese-American artist Helen Zughaib: "We are more similar than dissimilar"Muslims in the USA: Anything but lethargicIslamophobia in the USA: Standing up for Muslim rightsMuslim youth in America: The "mipster" phenomenonJohn R. Bowen's ''Blaming Islam'': Deconstructing populism
Related Topics
'Islamic State' | IS, 9/11, Al-Qaida, Arab world, Dialogue of Cultures | Intercultural Dialogue, Dialogue of Religions, Diversity, International terrorism, Islam and the West, Islam in Europe, Islam in the U.S., Jihadism | Jihadists, Muslims in the West, Taliban, U.S. policy in the Middle East
All Topics

Education for girls and women is still possible in Afghanistan, says Reinhard Eroes of the Kinderhilfe Afghanistan initiative. In interview with Elisa Rheinheimer, he talks about ... END_OF_DOCUMENT_TOKEN_TO_BE_REPLACED

A lawmaker in Pakistan's rugged northwest was sipping tea with voters when his phone chirped to life – the Taliban were calling with a demand for 'donations'. "We hope you won't ... END_OF_DOCUMENT_TOKEN_TO_BE_REPLACED

Cries of "Benghazi!" still resonate across the USA ten years after a deadly terrorist attack in Libya killed the U.S. ambassador and three other Americans. Ethan Chorin re-tells ... END_OF_DOCUMENT_TOKEN_TO_BE_REPLACED

Sufism has fluid boundaries. Just like Islam, Sufism is inconceivable without its late antique roots. Then again, it has also exerted an influence on Hinduism. Moreover, the Sufic ... END_OF_DOCUMENT_TOKEN_TO_BE_REPLACED

Journalist Waslat Hasrat-Nazimi was forced to flee Afghanistan with her family as a child and grew up in Germany. To mark the publication of her book "The Lionesses of Afghanistan ... END_OF_DOCUMENT_TOKEN_TO_BE_REPLACED

Just as the Islamic Revolution fundamentally changed Iran 43 years ago and had an impact far beyond the country's borders, the current wave of protests sweeping the country is set ... END_OF_DOCUMENT_TOKEN_TO_BE_REPLACED
Author:
Ahmet T. Kuru
Date:
Mail:
Send via mail

END_OF_DOCUMENT_TOKEN_TO_BE_REPLACED
Social media
and networks
Subscribe to our
newsletter