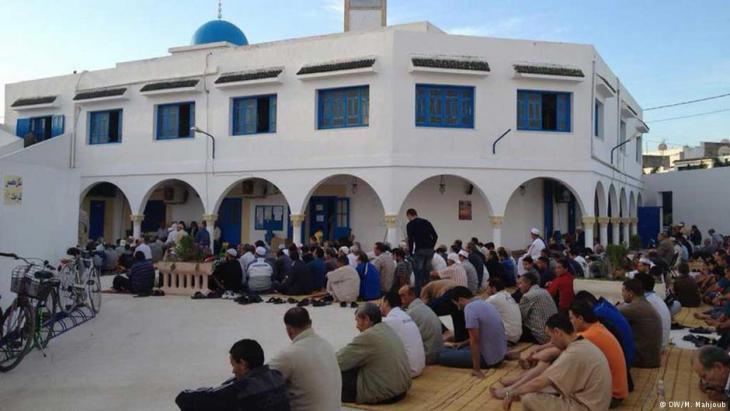 A new start for jihadists?
Tunisiaʹs bid to rehabilitate its returnees

Since 2011, as many as 7000 Tunisians have travelled abroad to fight in conflicts in Syria, Iraq and Libya, representing one of the largest national contingents of foreign fighters. While many of these fighters remain abroad, a significant number have returned to their home country – one official estimate from April 2017 placed the number of Tunisian returnees at 800.

With the potential for thousands more to return, Tunisia faces the difficult challenge of crafting a large-scale response to prevent the spread of violence and radicalism domestically. Recognising the grave and criminal actions of extremist groups abroad, there is much disagreement as to whether some returnees should be offered an opportunity to peacefully reintegrate back into society.

While many Tunisian citizens are understandably fearful that returnees pose an immediate threat to public safety, others argue that imprisonment represents an imperfect and potentially counter-productive solution, especially as returneesʹ motivations for going to the conflict zone vary wildly, as do their experiences while there.

While some actively participated in terrorist acts or other atrocities, others only completed basic training or served in a non-violent supporting role. Similarly, their motivations for returning range from disillusionment with extremist ideology to a desire to recruit others to the cause.

In 2014, during the early stages of this crisis, former President Moncef Marzouki proposed legislation that would provide some returnees with a path to re-enter society. Under the weight of considerable social pressure, however, this approach gained little traction and was side-lined in favour of policies that enhanced law enforcementʹs mandate to arrest and prosecute returnees. 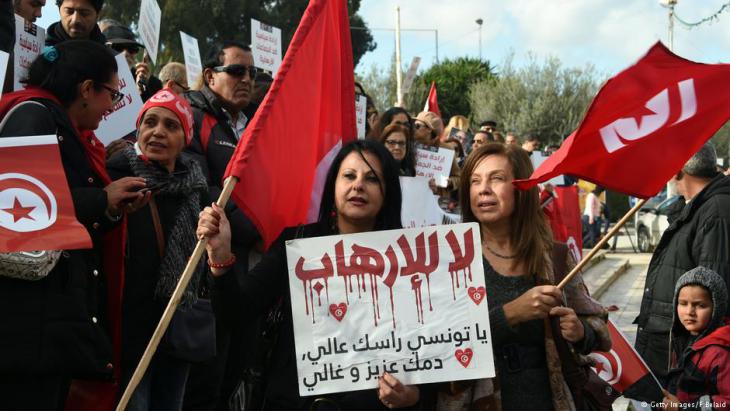 Imprisonment not always the best solution: despite the understandable determination of the Tunisian public not to welcome back the countryʹs jihadist contingent with open arms, a security-oriented approach presents its own difficulties. As one civil society activist and researcher put it: "In my personal experience, for every one [extremist] sent to prison, ten emerge"

The Ministry of Interior restricted foreign travel for certain individuals and, in July 2015, parliament passed a counterterrorism law that enabled law enforcement to prosecute anyone who engaged in terrorist acts outside the country. Many political leaders have repeatedly and publicly called for returnees to be prosecuted to the full extent of this law.

In practice, however, the security-oriented approach has faced major legal obstacles. Authorities often lack clear evidence regarding suspectsʹ activities abroad and, according to several civil society activists, law enforcement officials often arrest returnees without sufficient evidence for judges to convict them. These arrests sometimes serve solely to stigmatise and harass people who were already sympathetic to extremist narratives and deepen personal grievances and existing negative perceptions of the state.

One local activist, for example, shared his experience of assisting a returnee who was trying to keep his job as a teacher, but was regularly forced to miss work to report to the police station for interrogation. For returnees making a sincere effort to re-integrate, such harassment may impact their ability to establish normalcy in their life, which could significantly increase their chances of recidivism.

At the same time, Tunisian prisons already far exceed their intended capacity and the influx of hundreds of inmates convicted on long-term sentences would strain the system and facilitate the spread of extremist ideologies to non-ideological criminals. As expressed by one civil society activist and researcher, "in my personal experience, for every one [extremist] sent to prison, ten emerge; especially when they are held together with those in prison for crimes against the state."

Her grandparents are Jews – born in Tunisia and Algeria. Director Cleo Cohen has now broken the silence about this with a very personal debut. By Nadine Wojcik END_OF_DOCUMENT_TOKEN_TO_BE_REPLACED

Moncef Marzouki was Tunisia's first democratically elected president after the fall of dictator Ben Ali. Today he is the most prominent critic of increasingly counter- ... END_OF_DOCUMENT_TOKEN_TO_BE_REPLACED

Asef Bayat, professor of Sociology at the University of Illinois, Urbana-Champaign, has been studying revolutions and how they affect people since 1979. In his recent book, " ... END_OF_DOCUMENT_TOKEN_TO_BE_REPLACED

Every year in December, the team at Qantara.de takes a look back at the articles that proved most popular with our readers. This year is no different. Here is a run-down of the ... END_OF_DOCUMENT_TOKEN_TO_BE_REPLACED

In this new bilingual edition, translated by Humphrey Davies, al-Jawbari, one of the thirteenth century's leading experts in skullduggery reveals all there is to know about the ... END_OF_DOCUMENT_TOKEN_TO_BE_REPLACED

Moroccan sociologist Fatima Sadiqi believes that women's movements in North Africa have changed over the past ten years. Today, women from all social classes are fighting together ... END_OF_DOCUMENT_TOKEN_TO_BE_REPLACED
Author:
Andrew McDonnell
Date:
Mail:
Send via mail

END_OF_DOCUMENT_TOKEN_TO_BE_REPLACED
Social media
and networks
Subscribe to our
newsletter