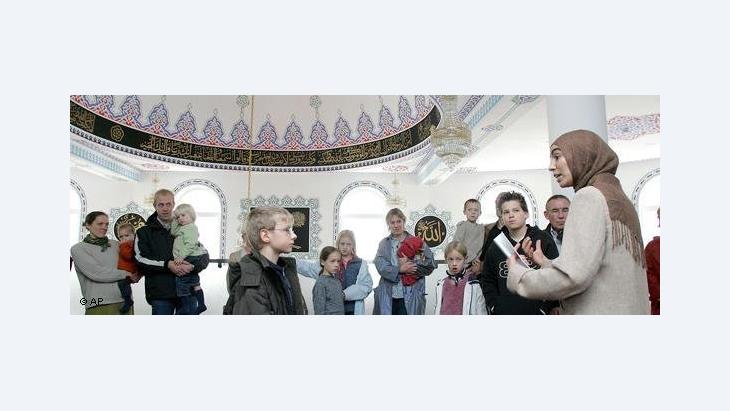 ﻿The borders between the countries to the north and the south of the Mediterranean are almost impenetrable for young people. Yet dialogue and the breaking down of anti-Muslim attitudes can only take place within the framework of personal exchange. The year 2013 marks the fiftieth anniversary of the foundation of the Franco–German Youth Office (DFJW) and would be an appropriate time to establish a similar exchange programme for Euro-Mediterranean youth, say Sonja Hegasy and Nicolas Moll

In the wake of the terrorist attacks of September 2001, the German Foreign Office intensified dialogue projects with the Islamic world. Over the past few years, around €1.5 million has been spent annually on reaching this aim. However, taking into account all of the other civil society projects in predominantly Islamic countries (including EU cooperation projects), the total financial investment has been at least three times as much. Despite this fact, dialogue has not become easier, but rather more difficult.

Although under 30-years-olds make up two-thirds of the population in Arab societies, intermediary organisations have for too long cooperated primarily with the urban elite in these countries, thereby overlooking the reality that even the children of this social class are extremely frustrated by the lack of future prospects both at home and abroad.

These dialogue projects did not find wide appeal among young people; nor did they create opportunities for encounters with a vast number of young people, even though attempts were made to do so. For instance, since January 2006, the Goethe Institut has been running a German–Arabic website named Li﻿–Lak (For Me – For You) for 16 to 26-year-olds.

We have known at the very latest since the escalation resulting from the Danish caricatures of Mohammed that the "dialogue with Islam" has not worked very well. The terrorist attacks in Norway have shown us once again how explosive such rampantly held anti-Muslim attitudes can be.

When radical conceptions of exclusion, based on the premise that the other is fundamentally different and incapable of transformation, become accepted by mainstream society, then it is clear that violence-prone individuals will emerge at the fringes of this spectrum of opinion. 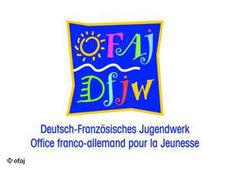 ​​Franco﻿–German relations offer an excellent example of how such age-old animosities can be overcome. Even as late as the 1950s, quite a few people regarded Germany and France as so antagonistic that they assumed any form of rapprochement to be quite out of the question. Today, it is unimaginable that it was once judged improper for someone in France to invite a German home for a visit.

The Franco﻿–German Youth Office (DFJW, Deutsch-Französisches Jugendwerk) has, to a considerable extent, helped to consign such views to the dustbin of history. With an annual budget of €20 million, the DFJW supports around 7,000 exchange programmes each year. Since it was founded in 1963, the DFJW has provided financial support to over seven million individuals wanting to participate in an exchange programme between France and Germany.

The historian Joseph Rovan once called this the "largest organised mass migration in a time of peace carried out through peaceful means and with peaceful intentions." The fundamental idea was and still is the desire to enable and promote grassroots cooperation and rapprochement between the two countries on a wide societal basis.

This example should now be taken up by the European Union and Arab states. Since the 1990s, the DFJW has already extended a whole range of its activities to include trilateral dialogue between Germany, France and selected countries bordering the Mediterranean (Algeria, Tunisia, Morocco, Lebanon, Israel, Palestine and Turkey).

In 2013, the DFJW will celebrate the fiftieth anniversary of its foundation. This would be the perfect opportunity to establish a Euro﻿–Mediterranean youth exchange programme. The creation of such a programme could provide the impetus for wide-ranging exchange between young people, an area that has until now been shamefully neglected.

Youth exchange programmes (both for schools and extra-curricular exchanges), such as those that have been organised for decades by the DFJW, can serve as models here. Since 1998, the European Commission has been running the "EuroMed Youth Programme", yet this youth exchange programme includes no more than 3,000 participants each year.

By contrast, the creation of a permanent institution with appropriate funding would send out a clear signal of support for the remarkable efforts towards a democratic opening of society seen in North African and Arab countries over the past few months and be regarded as positive proof of the much invoked Euro﻿–Mediterranean partnership.

No reason to wait any longer

Although a number of dialogue projects have been set up (such as the Goethe Institut's Li–Lak website for 16 to 26-year-olds), these projects have not resulted in widespread encounters between young people in Germany and the Arab world

​​Of course, there are numerous differences between the historical Franco–German relationship and the relations between the states on the northern and southern shores of the Mediterranean. A Euro–Mediterranean youth exchange programme would not by any means be a panacea that could overcome all the antagonism between Europe and the Arab world.

Dr. Sonja Hegasy is vice director for external relations at the Zentrum Moderner Orient (ZMO) in Berlin and chair of the Science and Current Events Advisory Board of the Goethe Institute.

Until 2009, Dr. Nicolas Moll was deputy manager of the Intercultural Training Department at the DFJW in Berlin. He currently lives in Sarajevo.

Home
Print
Newsletter
More on this topic
The Arab Spring and Demography: The Revolutionary Power of YouthDossier: Dialogue between ReligionsSocial Protest and Young Arab Art: Winds of Change
Related Topics
All Topics

Comments for this article: An End to Age-old Animosities

The Franco-German Reconciliation is no doubt an outstanding achievement of peace, prosperity and security for not the people of France and Germany but for the whole of Europeans. This model is unique and excellent example for the enemy states and nations of the world to reconcile and give peace, prosperity and security for their masses. The Youth Exchange Programme in Franco-German Relations played an important role and it has great impact on the both sides to steadily change the behaviour of young masses from animosity to amity.

END_OF_DOCUMENT_TOKEN_TO_BE_REPLACED
Social media
and networks
Subscribe to our
newsletter