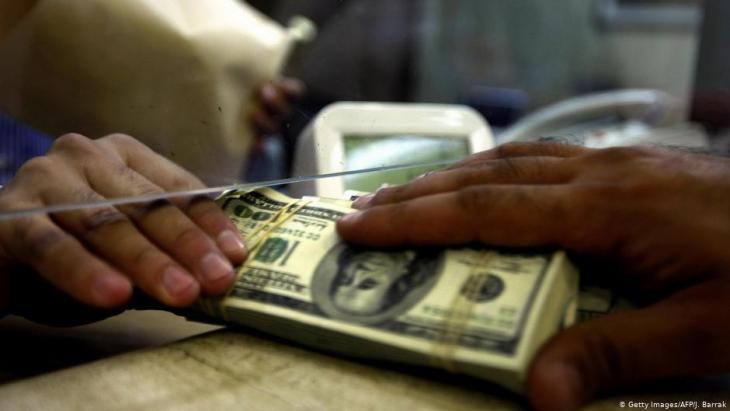 A toxic combination of sectarianism and rentierism
Lebanon's perfect storm

Today's in-fighting over the composition of the country's next cabinet is part of a larger battle for a new political settlement. The financial crisis poses a mortal danger to the country; but it also represents an opportunity for political change. By Ishac Diwan

In retrospect, financial crises usually appear predetermined; but rarely do they offer much clarity about history's direction. That is certainly the case in Lebanon today, where a predictable crisis has thrown the country into a state of deep uncertainty.

Since Lebanon's long civil war (1975-1990) ended, its economy and political system have been propped up by external borrowing, leading inevitably to unsustainable levels of public debt. At some point, capital inflows had to stop and that moment came in late 2019, following a series of negative shocks.

This "sudden stop" has left the country with a triple crisis of dramatic magnitude. The first problem is the balance of payments. Lebanon's current-account deficit stands at a whopping 25% of GDP and its export base is too small even to pay for essential imports. The second problem is fiscal. Lebanon's public debt now totals more than 150% of GDP. Government revenues are collapsing under the weight of the recession and the budget deficit – already large, at 10% of GDP in 2019 – is widening rapidly.

On top of it all, Lebanon is also experiencing a banking-sector crisis. The major banks, the main recipients of capital inflows from abroad, have invested heavily in Lebanese sovereign debt (which accounts for 50% of their portfolios, on average) and are now essentially insolvent. 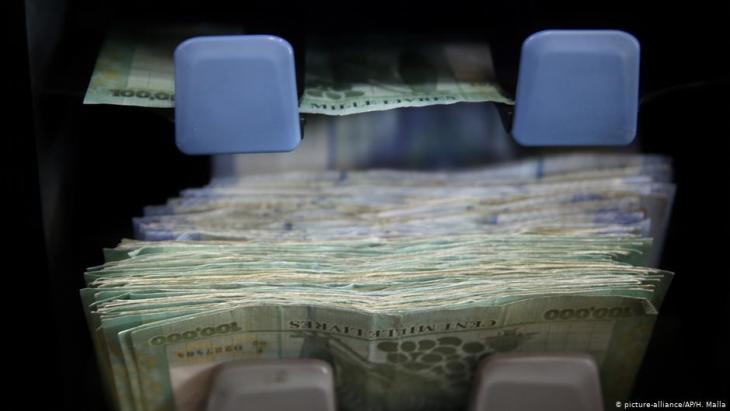 Still favouring the elites: the state has refused to introduce capital controls, leaving it to each bank – whose major shareholders include ruling politicians – to decide how to ration cash withdrawals. In practice, this has allowed elites to shift their capital abroad while average citizens struggle to access their deposits

Potential for a Great Depression

Together, these crises have plunged the economy into an abyss. Firms, starving for loans and imports, have started to lay off workers or shut down entirely. The recession has the makings of a Lebanese Great Depression.

The primary source of capital for Lebanon's rentier political economy was not oil, as elsewhere in the region, but rather investment from the diaspora, which was attracted by high interest rates and a fixed exchange rate pegged to the dollar.

Not surprisingly, there are signs of "Dutch disease" everywhere: deposits have grown to above 400% of GDP, creating a wealth effect that has lowered the national saving rate to an improbable -3% of GDP. Inequality is high and rising. And a real (inflation-adjusted) exchange-rate appreciation of about 50% between 2000-2015, has weakened the tradable sectors. In the absence of goods and services to export, Lebanon has been haemorrhaging educated young people.

But, more centrally, massive capital inflows allowed a sectarian elite to entrench itself through patronage, rather than performance. These elites have milked both the public and private sectors to create a bloated ruling coterie of cronies. While this arrangement has ensured some political stability in an otherwise chaotic region, it has failed to meet basic needs. Even electricity provision is inconsistent and unreliable, while the broader challenges facing the macro-economy have gone completely unaddressed.

Lebanon and Sri Lanka may be a world apart, but they share a history of political turmoil and violence that has led to the collapse of once-prosperous economies bedevilled by ... END_OF_DOCUMENT_TOKEN_TO_BE_REPLACED

With regard to gender justice, things look bleak in the Arab world. Laws typically discriminate against women, while national legislation all too often does not comply with the ... END_OF_DOCUMENT_TOKEN_TO_BE_REPLACED

When times are tough, the exchange of ideas and perspectives becomes especially important. It takes dialogue. And at Deutsche Welle, we need distributors and cooperative partners ... END_OF_DOCUMENT_TOKEN_TO_BE_REPLACED

As the Lebanese economy has collapsed, so has the country's health system. Many medicines have become scarce or unaffordable. Confronted with a failing state, the Lebanese are ... END_OF_DOCUMENT_TOKEN_TO_BE_REPLACED

END_OF_DOCUMENT_TOKEN_TO_BE_REPLACED
Social media
and networks
Subscribe to our
newsletter