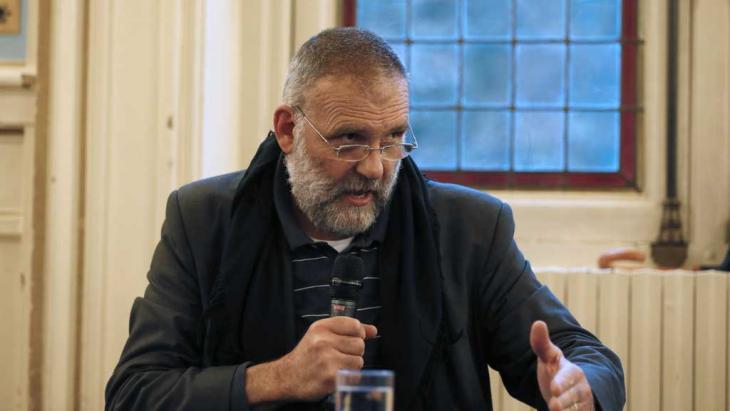 The Italian Jesuit Paolo Dall'Oglio was abducted eight months ago in the northern Syrian city of Raqqa. There has been no trace of him since. A popular figure in Syria, the priest has been a consistent champion of dialogue between Christians and Muslims. He was one of the few members of the Church to align himself with the opposition right at the start of the uprising against Assad in March 2011. By Claudia Mende

It is thought that Paolo Dall'Oglio is being held by the extremist group Islamic State in Iraq and the Levant (ISIS), although it is not known whether his captors have made any kind of demand. Reports that ISIS executed the Italian priest shortly after his abduction have been denied by the Italian foreign ministry in Rome.

According to activists in Raqqa, Dall'Oglio came to the city to negotiate with ISIS over the release of detainees on behalf of families he was acquainted with. He had planned to meet leader Abu Bakr al-Baghdadi at the organisation's headquarters. The Jesuit priest was well aware of the risks involved.

Paolo Dall'Oglio is a well-known figure in Syria. Until his expulsion by the Assad regime in June 2012, the charismatic Italian had led the desert monastery Mar Musa some 80 kilometres north of Damascus for 30 years. He was born in Rome in 1954, and after entering the Jesuit order, he studied Arabic in Beirut and Damascus. In 1982, he discovered the old ruins of the sixth-century Mar Musa monastery in the Anti-Lebanon Mountains.

Magnet for the faithful of all denominations

In 1991, he founded his own religious community there in accordance with the Syrian-Catholic rite. He used to be fond of telling the story of his first night in the isolated ruin, when he slept in a sleeping bag under the stars, sustained by nothing but the tinned sardines he had brought with him, captivated by the spiritual power of the place. Dall'Oglio oversaw the restoration of the monastery with its Byzantine frescos. Over the years, Mar Musa became a well-frequented meeting place for seekers of spiritual guidance and followers of all denominations and religions.

But the Jesuit's approach goes far beyond that of simply fostering Christian–Islamic dialogue. He described himself as a Christian who was also a Muslim at heart, therefore transcending the confines of traditional religious faith. 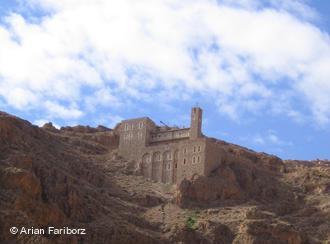 An oasis of spirituality and dialogue: Mar Musa, "a well-frequented meeting place for seekers of spiritual guidance and followers of all denominations and religions"

For him, his love of Islam and Arab civilisation is a key element of his mission. For many years, he has fasted during Ramadan with the Muslims. Few Christians know the Koran as well as he does. This has earned the Jesuit a great deal of respect in Syria.

"My starting point is the message of the Gospel and not the affiliation to a religious family. This is why the spiritual mission is more important than the demanding of rights for an institution," he said in late 2012. "Perhaps this is because I am a foreigner in Syria, although I regard myself as profoundly Syrian."

Even in peace time, few people in the Syrian Churches knew what to make of his stance. Since the start of protests against Assad in March 2011, Dall'Oglio adopted a different position to that of the traditional regime-friendly representatives of the 11 different Christian Churches in Syria. For him, Christians belong on the side of the opposition to a brutal dictatorship. He makes no concessions on this point. He has also accused several bishops of allowing themselves to be used as propaganda tools by Assad.

When the young Christian filmmaker and anti-Assad activist Basel Shahade was killed by regime snipers in Homs, the local bishop refused to bury the murdered man. Dall'Oglio responded by inviting the filmmaker's friends – Christians and Muslims alike – to a funeral service at the Mar Musa monastery.

Gestures such as these made his position clear. The Jesuit became a spokesman of the peaceful opposition to the regime. He repeatedly negotiated between hostile groups and mediated in instances of kidnapping. He even secured the release of several detained Christians in Homs.

A voice outside the Church mainstream

For many, the clergyman, who speaks fluent Arabic, is nothing less than a convincing idol; his conservative critics, on the other hand, have long regarded him as an overly-zealous Islamophile. "I am a voice that speaks from somewhere beyond the clerical mainstream," was how the Jesuit once classified himself.

He was expelled from Syria in June 2012 after criticising the violence deployed by the regime against its own people in an open letter to UN Secretary General Kofi Annan. This presented the Syrian government with a welcome excuse to finally get rid of him. It was a personal tragedy for Dall'Oglio, a man who feels a strong sense of kinship with Syria. 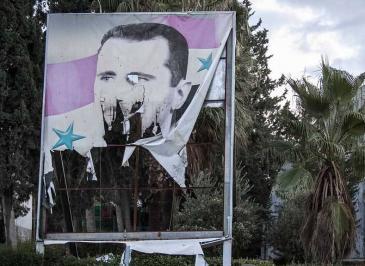 As far as Dall'Oglio is concerned, Christians should stand on the side of opponents of the brutal Syrian regime. It is opinions like this that have made him many enemies

"I knew I risked being thrown out, but in view of the Syrian tragedy, I simply could not remain silent," he said. Members of his religious community continue to hold out at the Mar Musa monastery.

Following his expulsion, he appeared to be exhausted and depressed by the hopeless situation in his adopted home. He nevertheless remained tirelessly on the road, lobbying for reconciliation between the various conflicting parties. He visited the many different rebel-controlled areas in the north of the country several times in 2013.

Dall'Oglio objected vociferously to the widely-held western view that Syria is caught between a rock and a hard place and that if Assad should be overthrown, the nation would fall into the hands of rival Jihadists and al Qaeda groups. He rejected this attitude as profoundly cynical. Despite this, he was certainly aware that the conflict was increasingly being fought along denominational lines, and he was gravely concerned about this.

He was chiefly unsettled by the influence of extremists within the opposition. "Yes, religious extremism does exist in the Arab world, and the resources to support it are virtually unlimited," he once said. Nevertheless, it was important to him to view all protagonists as human beings, even the Jihadists. "Some may call it naive," he admitted, but he had already begun to consider the post-conflict reconstruction period.

He was extremely concerned about what was going to happen to all the young men, dehumanised by war, who had affiliated themselves with an extremist group. Integrating them anew into society would be a priority mission in a new Syria, he said.

At present, no one knows what has happened to Dall'Oglio. It is neither known where he is being held, nor is there any reliable information as to whether he is still alive at all. What is certain, however, is that Syria is missing his voice.

Home
Print
Newsletter
More on this topic
Interview with Father Paolo Dall'Oglio on Syria: Hoping for a Victory without RevengeInterview with Father Paolo Dall'Oglio: ''We Know We Have Brothers and Sisters in the Islamic Tradition''The Monastery "Deir Mar Musa" in Syria: A Haven for Spirituality and Dialogue
Related Topics
Assad regime, Christians in the Islamic world, Places of Dialogue, Salafis | Salafism, Syrian Civil War
All Topics

Despite what heads of state may claim, the Russian attack on Ukraine is not a wake-up call for a self-confident Europe that defends its values. The war is accelerating the decline ... END_OF_DOCUMENT_TOKEN_TO_BE_REPLACED

At the EU's outer borders, the right of migrants to a fair asylum procedure continues to be systematically disregarded. Take Greece, for example: in the worst case scenario, those ... END_OF_DOCUMENT_TOKEN_TO_BE_REPLACED

Madrid's about-face on the Western Sahara conflict has enraged Algeria. Trade relations have been frozen unilaterally and a cut in gas supplies to Europe could be in the pipeline ... END_OF_DOCUMENT_TOKEN_TO_BE_REPLACED

Mourad al-Marouai was just nine when a landmine killed him on a beach in war-torn Yemen, a tragedy that will haunt his family forever. After a swim, the little boy "suddenly ... END_OF_DOCUMENT_TOKEN_TO_BE_REPLACED

A ceasefire has been in effect in Libya for the past year and a half. Yet after Russia's attack on Ukraine, another proxy war looms in Africa's most oil-rich country. Mirco ... END_OF_DOCUMENT_TOKEN_TO_BE_REPLACED

The Ukraine war has seen energy prices spike with oil producers in the Middle East making more money than ever. But will it put the brakes on long-planned reforms to diversify oil ... END_OF_DOCUMENT_TOKEN_TO_BE_REPLACED
Author:
Claudia Mende
Date:
Mail:
Send via mail

END_OF_DOCUMENT_TOKEN_TO_BE_REPLACED
Social media
and networks
Subscribe to our
newsletter