Running to 2500 pages in the original version, Abdalrachman Munif's five-volume novel cycle Cities of Salt is one of the cornerstones of Arab literature and a subversive chronicle of Saudi Arabia. Angela Schader introduces the novel cycle and publication of the final volume, Variations on Night and Day

Running to 2500 pages in the original version, Abdalrachman Munif's five-volume novel cycle Cities of Salt is one of the cornerstones of Arab literature and a subversive chronicle of Saudi Arabia. Angela Schader introduces the novel cycle and publication of the final volume, Variations on Night and Day 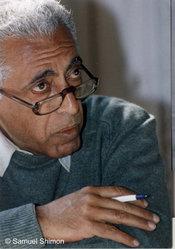 "No writer surely has more acutely captured or described with more righteous anger the plight of an uprooted people": Abdul Rahman Munif (1933 - 2004)

​​ Born in 1933, to a Saudi merchant father and Iraqi mother, Abdalrachman Munif's five-volume novel cycle "Cities of Salt", written in the 1980s, is not least based upon the knowledge garnered by the writer during his years working in the Arab oil industry.

As a political activist, Munif also made early acquaintance with the repressive mechanisms of Arab regimes as his prison novel "East of the Mediterranean", among others, clearly shows.

Oil fields rather than date palms

There was a good reason why "Cities of Salt" was banned in several Arab countries, and in Saudi Arabia in particular. A sweeping, satirical and critical panorama of history emerges from the pages of this pentalogy about the rise of the fictional oil state of Mooran, a state whose main protagonists are clearly intended to be identifiable as members of the Saudi royal family.

The Diedrich publishing house has commendably taken on the job of publication in German and entrusted the team of Larissa Bender and Magda Barakat with the translation; the third volume (published in English as "Variations on Night and Day"), which has just appeared, is the final part of the project. (The five novels are published in three volumes.)

Chronologically, it goes back to a period earlier than those dealt with in the first two parts of the novel cycle, and in reading it becomes clear that this is a time that Munif does not know from personal experience. 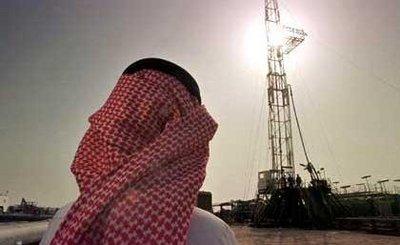 A cultural earthquake: Munif's Cities of Salt has been described by Edward Said as the "only serious work of fiction that tries to show the effect of oil, Americans and the local oligarchy on a Gulf country."

​​ The two preceding volumes, "Cities of Salt" and "The Trench" cover the period from 1933 to 1964 and are full of the writer's rich, striking imagery, depicting the sheer violence of the progress which with the discovery of oil erupted over a desert people accustomed to the simplest of lifestyles.

No writer surely has more acutely captured or described with more righteous anger the plight of an uprooted people as they witness the spread of smoking oilfields where their palm groves once stood, or the humiliation of the horse and camel breeders whose noble animals, the stuff of poetry, are being pushed unceremoniously aside by the rise of the motorised vehicle, the empty ostentation of it all reflected in the ghastly East-West style mix.

This visual quality is less evident in "Variations on Night and Day" even if the novel does gather pace quickly after a somewhat slow introduction. Set in the first decades of the 20th century, it describes the growth of the fictional desert state of Mooran, where the shady and fickle ambitions of local Bedouin sheikhs and emirs and the interests of the British Empire combine in a seedy entangling mesh.

With sensual quality of the early volumes largely absent the text relies entirely on characters, their thoughts and conversations.

Irritatingly, but also ingenuously, Munif explores the constant blurring of perception and interpretation which are as much a part of the narrower confines of a scheming court as they are of any society deprived of public information channels; and also in Arab-British exchanges, where neither side is willing to show their cards completely and where cultural differences are the source of additional misunderstandings.

Central protagonists are the Sultan Khureybit and his son Fanar – the pair clearly modelled on the founder of Saudi Arabia Abd al-Aziz ibn Saud and his son Faisal ibn Abd al-Aziz. One might initially suspect a fictionalised portrait of T.E. Lawrence, the celebrated "Lawrence of Arabia" behind the character of the Briton Hamilton, the Sultan's loyal intermediary in negotiations with the British; however the less well-known Harry St. John Philby is Hamilton's actual true-life counterpart. 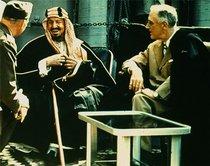 ​​ Both Lawrence and Philby were unconventional characters, peculiarly unsuited to the life of the civil servant and both shared a fascination for Arab and Bedouin culture. In both cases, too, it was Western political interests that brought a crisis of conscience into their relationships with Arab friends, though, in fact, they were on opposite sides of the fence. Lawrence supported Sherif Hussein, the Emir of Mecca who was defeated in 1924 by Abd al-Aziz ibn Saud and expelled from the holy sites of Islam.

Non-Arab readers would probably have appreciated a preface or afterword to provide them with insights into the historical background of the period because as things stand they find themselves largely confronted with a terra incognita. It is only at rare moments that the action suddenly zooms in on its actual historical setting in the early 20th century – for example when Khureybit sits in a car.

The sultan's conquests, on the other hand, along with the precarious alliances of local tribal leaders have much more to do with Bedouin tradition than with modern politics and warfare; and the intrigues at court, where servants, maids and eunuchs carry on a bizarre and often brutal guerrilla warfare in the name of jealous sultans' wives are redolent with the atmosphere of the Arabian Nights.

A semblance of harmony

In this limbo of envy and greed it is, of all Khureybit's many sons, the silent Fanar who attracts our attention. We are told that he listens with his eyes, with his heart and with his ears, and seems therefore to be endowed with a sensorium for the immense upheaval that the future is to bring to his country. To him the world seemed an enormous aggregation of hidden, colliding rocks one of which would inevitably crush the others.

​​ Both Khureybit and Hamilton see the thoughtful young man as future crown prince; and it is he who accompanies Hamilton on his diplomatic missions to London, where he also receives English lessons from Miss Margot, the aged aunt of his host.

Munif here outlines an idealistic alternative to the kind of relationship dictated purely by political interests as in the case of Khureybit and his British protectors.

Even if the mentor-student relationship does appear to indicate a certain inequality, it prohibits both Fanar's distinctive character and Hamilton's inner turmoil – which allows him in the end to choose to live in Mooran and to follow the Islamic faith – from seeing the relationship as merely a positive variation on colonial power structures.

With Hamilton Munif has created a brooding wanderer between worlds, one who does not belong in either of them and who for that reason is also able to maintain a critical distance; with Fanar he sketches the figure of a prince who stands apart from palace intrigues and tribal feuds; with Miss Margot a wise woman who teaches the young prince that true cultural harmony is not only about points of connection but also requires respect for the divisions.

Readers familiar with the other two volumes of "Cities of Salt" will, however, feel misled by these passages. The hidden colliding rocks will crush Mooran and its inhabitants, thoroughly and mercilessly.

The English translations (all published by Vintage, New York:

END_OF_DOCUMENT_TOKEN_TO_BE_REPLACED
Social media
and networks
Subscribe to our
newsletter