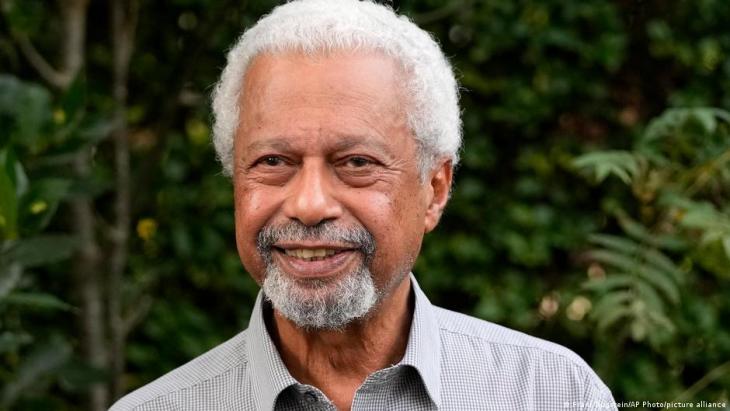 Abdulrazak Gurnah is the fourth author from sub-Saharan Africa to receive the Nobel Prize in Literature. Is the tide turning for African writers? By Annabelle Steffes-Halmer

Two writers from sub-Saharan Africa have been honoured with prestigious literary prizes this month. Abdulrazak Gurnah, who was born in Zanzibar and has lived in Britain since the late 1960s, is this year's winner of the Nobel Prize for Literature. His award brings to four the total number of laureates from sub-Saharan Africa. Then, on 24 October, Zimbabwean novelist Tsitsi Dangarembga was presented with the Peace Prize of the German Book Trade.

For years, such awards were predominantly given to Western authors. Is a paradigm shift on the horizon? "I think that the world is opening up to stories from the African continent – and it has been a long road," Dangarembga told DW.

Her debut novel, Nervous Conditions, was published in Germany in the early 1990s, but it was more or less forgotten until Dangarembga curated the African Book Festival in 2019, and the book was reissued under a new title. Gurnah's books took a similar turn. Five titles were translated into German, but currently the editions are out of print in bookstores.

"I believe that the awarding of this prize can revitalise African literature," said Kossi Efoui, a writer from Togo. Many African authors who write in French or in African languages, for example, are not translated into English, he said, arguing that the West's limited recognition of African literature might also be because of a lack of accessibility. 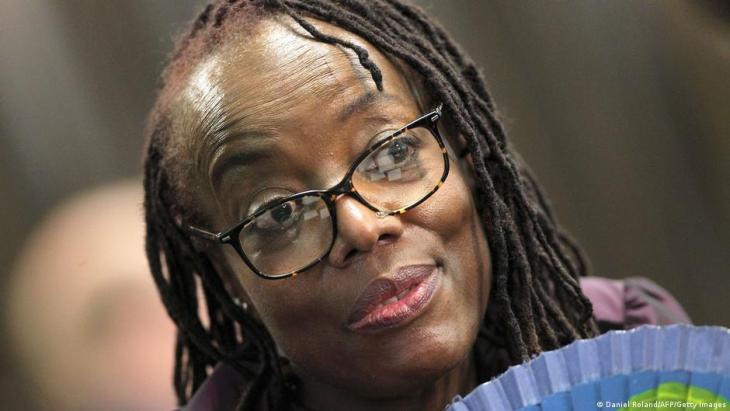 On 24 October 2021, writer and filmmaker Tsitsi Dangarembga (pictured here) from Zimbabwe was presented with the Peace Prize of the German Book Trade in Frankfurt. The German Publishers and Booksellers Association said that it chose Dangarembga because her writing combines "inimitable storytelling with a universally compelling perspective in a body of work that has made her not only one of the most important artists in her native land but also a popular and widely-recognised voice of Africa in contemporary literature"

"The Black Lives Matter movement has definitely created a lot of media attention for the perspectives of people of colour around the world," Venice Trommer, who runs InterKontinental, a book store in Berlin that specialises in African literature and co-organises the African Book Festival, told DW.

"There's been an awakening in the minds of a lot of white people who are just trying to be critical of themselves," Trommer said. "And they want to be informed and open to perspectives that are different from their own." Trommer said she hadn't seen a paradigm shift yet, but "it was definitely long overdue that we looked beyond the European and American horizons when awarding the Nobel Prize for Literature."

Putting Tanzania and Zanzibar back on the map

Gurnah's Nobel Prize is a reason to celebrate in his native Zanzibar, an archipelago that is now an autonomous region of Tanzania.

"This means a lot for Zanzibar's struggle for self-determination," the Zanzibar literary critic Ismail Jussa told DW. It helps put Zanzibar back on the world map, he said, adding that the committee has acknowledged that Gurnah's works have helped readers understand "the divisions brought by the colonialists, how hearts are torn apart between homes where people come from and the lives in exile where people have been forced to go."

Gurnah was 15 when Tanzania became independent. While Tanzania's President Julius Nyerere had a Socialist bent, Zanzibar's local ruler, Abeid Karume, targeted the Zanzibari Arabs. Gurnah, who had Arab ancestors, fled to the UK. His mother tongue is Swahili, but he writes in English and has taken British citizenship.

Like other authors recognised in Europe and the US, including Chimamanda Ngozi Adichie and Ngugi wa Thiong'o, Gurnah is familiar with and moves confidently in both the West and Africa. 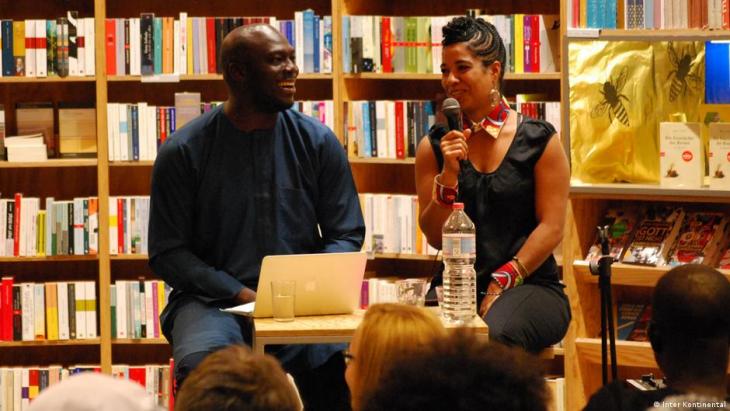 Nigerian author Elnathan John (left) and German-Nigerian author Olumide Popoola pictured at InterKontinental, a bookshop in Berlin that specialises in African literature and co-organises the African Book Festival. Venice Trommer, who runs InterKontinental, says that "the Black Lives Matter movement has definitely created a lot of media attention for the perspectives of people of colour around the world." She went on to say that it was "definitely long overdue that we looked beyond the European and American horizons when awarding the Nobel Prize for Literature"

"Better connections in the publishing world"

"Authors who live or have lived in the West naturally have better connections in publishing and have been published in European, American or even internationally in other linguistic contexts," Trommer said, adding that it is easier for them than for authors who live, work and write in Africa.

The economic and social conditions for authors in many countries in sub-Saharan Africa are difficult, Dangarembga said. They receive little support, she added.

"Another reason is that the stories of sub-Saharan Africa are stories that more often than not call into question the global power structure that we live under today because the world is built on an imperialism that includes the slave trade, colonialism and the racism that exists today," she said.

It is not easy for "people who are the gatekeepers to literature in the world to appreciate those stories in the way that they might be appreciated if the balance of power was different," she said, calling that another reason why "fewer of these stories get through."

It remains to be seen whether books by African authors will make the breakthrough. Abdulrazak Gurnah's recognition, however, was not only a surprise – he did not appear anywhere ahead of the Nobel committee's announcement as a favourite for the Nobel Prize in Literature – but an important signal that it is time to open up to other narratives.

The aim of "The Walk" theatre project is to draw attention to the fate of unaccompanied minors – and takes a 3.5-metre doll, intended to represent a Syrian refugee girl, across ... END_OF_DOCUMENT_TOKEN_TO_BE_REPLACED

Benjamin Idriz, imam of the mosque in Penzberg near Munich, is one of the most prominent representatives of Islam in Germany. He sees his role as building bridges to mainstream ... END_OF_DOCUMENT_TOKEN_TO_BE_REPLACED

Etel Adnan, the artist who transcended the borders of culture and language, may have died in Paris, writes Lebanese author Elias Khoury, yet her death holds a mirror up to the ... END_OF_DOCUMENT_TOKEN_TO_BE_REPLACED

In her latest novel, Catalan-Moroccan writer Najat El Hachmi tells the story of a young migrant woman struggling to balance her desire for freedom and the demands of tradition and ... END_OF_DOCUMENT_TOKEN_TO_BE_REPLACED

Turkish author and journalist Mustafa Akyol is one of the foremost pioneers of an Islam reconciled with modernity. Musa Bagrac spoke with Akyol for Qantara.de about his new book " ... END_OF_DOCUMENT_TOKEN_TO_BE_REPLACED

In view of the catastrophic supply situation in Afghanistan, UN authorities are sounding the alarm. Inflation and growing poverty are exacerbating the situation. The Taliban ... END_OF_DOCUMENT_TOKEN_TO_BE_REPLACED
Author:
Annabelle Steffes-Halmer
Date:
Mail:
Send via mail

END_OF_DOCUMENT_TOKEN_TO_BE_REPLACED
Social media
and networks
Subscribe to our
newsletter