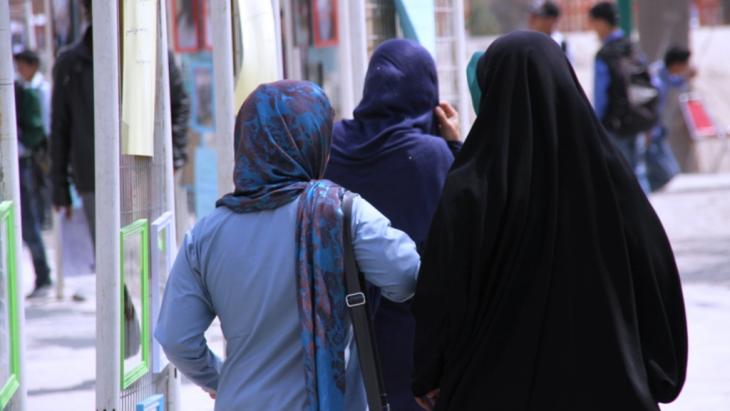 Abortion in Afghanistan
Trying to break a major societal taboo

Birth control is a taboo topic in Afghanistan, the country with the highest birth rate in Asia. Many women resort to having illegal abortions in order to avoid social exclusion and to prevent undesired additions to their family. By Waslat Hasrat-Nazimi

"I swallowed medicine to abort the baby," says Lina quietly. She doesn't regret her decision, as she is certain that she had no other choice. "My husband was accused of taking part in a terrorist attack and was put in prison. I was already pregnant at the time," explains the woman in her early twenties. "My family was very ashamed. 'Now everyone is going to ask where the child came from' is what they kept saying."

Lina, which is not her real name, lives in a small village in eastern Afghanistan. Strict rules govern life here in this arch-conservative society. A loss of honour, even in a case such as Lina's, is regarded as a loss of face and can be a death blow to the entire family. It is women who usually suffer the most. More than a few women resolve the conflict by having an abortion. "I know many women who have done the same," says Lina. "You simply go to the doctor and then get the required tablets from the pharmacy. A short time later, the child is dead."

Abortion is forbidden by law

An "induced termination of a pregnancy" is officially forbidden in the Islamic Republic of Afghanistan. Exceptions are only permitted when there is evidence that the life of the mother is in danger or that the child has a severe disability. In every other case, abortion is illegal and can result in a high fine or even imprisonment. Even rape and incest are not regarded as sufficient grounds to have an abortion, says Malika Paygham, a doctor in a hospital in the western Afghan city of Herat. "If the mother or child has heath problems, then three doctors for internal medicine and a gynaecologist conduct the abortion after consultations have taken place." In addition, a certificate from a doctor for internal medicine and permission from the "Shura Ulama," the religious council, must first be submitted.

Lina's abortion was also illegal. "I know that it is murder to abort a child. But my only thought was that either I kill myself or I abort the baby." Lina already has three children. The strict traditions of Afghan society left her with the feeling that she had no other choice. It is expected that women have many children, because, according to tradition, this ensures the survival of the family. Above all, boys are desired. 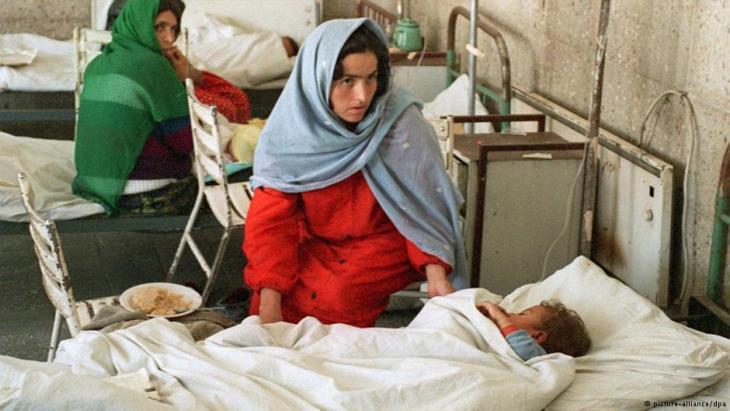 Afghan women give birth to an average 6.5 children in the course of their lives. In many cases, the mothers are themselves still children when they give birth for the first time. The risks involved are very high: Afghanistan has the second-highest maternal mortality rate in the world. Pictured here: women with children in a hospital in Kabul

A lack of information

Afghanistan has the highest birth rate in Asia. On average, Afghan women have approximately six children over the course of their lives. Many women would prefer to have fewer children or even none at all, but they lack the necessary education to find out about the various methods of birth control. According to UNICEF, the United Nations children's relief organisation, 79 per cent of women in Afghanistan do not use birth control. "Abortion is the only form of birth control that they know," says Adela Mubasher from the World Health Organisation (WHO) in Afghanistan. Because it is illegal, they usually turn to traditional midwives. "This involves a great risk," she warns. "Many of the midwives are not very well trained and cannot treat bleeding or complications that may arise."

Others turn to private hospitals. Representatives of NGOs as well as a number of women who wish to remain anonymous claim that it is common knowledge that many of these clinics perform abortions, even without permission, for large sums of money. "It is not uncommon for young unmarried women to want to terminate an unwanted pregnancy," admits Dr Mohammad Hashem Wahaj of the Wahaj private hospital in Kabul. "However," he adds, "we have a license from the Ministry of Health and adhere to all the rules." The Ministry of Health has officially confirmed that it has informed the clinics about the legal situation.

Despite great efforts, the healthcare system for women in Afghanistan has many shortcomings. Although the level of maternal mortality in the country has decreased over the past ten years, it remains one of the highest in the world. According to UNICEF, one Afghan woman dies every two hours as a result of complications during pregnancy.

"There is simply not enough qualified medical staff", criticises Severine Caluwaerts, a gynaecologist from the organisation Doctors without Borders, who has worked in Afghanistan for a long time. "Male gynaecologists are not accepted, and there are hardly any female doctors."

For this reason, Caluwaerts and her colleagues are focussing of educating Afghan women. "We offer women consultations on health issues and family planning, because we know that this can save their lives and that of their children." Even Lina now knows better. She calls for a greater awareness of this social problem and wishes that "the media and the Islamic authorities in the country would talk more about the issue of family planning."

Salman Rushdie's "Shalimar the Clown" is a furious tale about a lost paradise. In this interview with Lewis Gropp, Salman Rushdie talks about how the Indian army and militant ... END_OF_DOCUMENT_TOKEN_TO_BE_REPLACED

One year on from the Taliban's return to power in Afghanistan, some cracks are opening within their ranks over the crucial question of just how much reform their leaders can ... END_OF_DOCUMENT_TOKEN_TO_BE_REPLACED

"Flugt" is the world's first museum dedicated to the stories of those forced to flee. The new museum, which focuses on the fates of refugees then and now, is housed in a former ... END_OF_DOCUMENT_TOKEN_TO_BE_REPLACED

Foresight is needed to turn the tide of German policy. Being independent of Russia must not lead to dependence on authoritarian regimes in the Middle East. By Kristin Helberg END_OF_DOCUMENT_TOKEN_TO_BE_REPLACED

Rumi's poems, though generally stripped of their Islamic symbolism, are hugely popular around the world. Yet Islamic mysticism is still very much at the heart of these verses. ... END_OF_DOCUMENT_TOKEN_TO_BE_REPLACED
Author:
Waslat Hasrat-Nazimi
Date:
Mail:
Send via mail

END_OF_DOCUMENT_TOKEN_TO_BE_REPLACED
Social media
and networks
Subscribe to our
newsletter