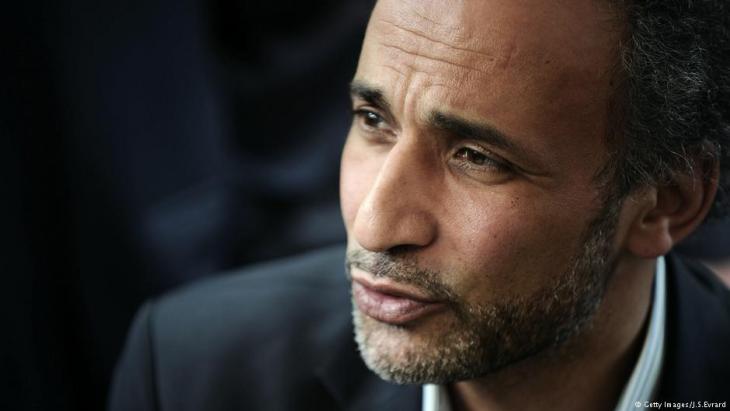 Accusations against Tariq Ramadan
Yet to be proven

It's a dramatic fall from grace for Europe's most famous Islamic intellectual. After all, for 20 years now Tariq Ramadan has been packing venues all over the continent; with hundreds of thousands of admirers idolising him like a pop star. As for his opponents, they have never tired of warning against him.

Last October, two women accused the Oxford Professor of rape. They were apparently emboldened to do so by the #MeToo campaign. One of the women, a former Salafist, tweeted that it had been “a very difficult decision”, but that she had decided to go public on her claim that Ramadan had raped her.

A second woman gave a statement to police a short time later. In November, the university put the academic on leave. Ramadan denies the claims and says they are part of a defamation campaign orchestrated by his enemies. After all, Ramadan is as controversial as he is popular.

Who is Tariq Ramadan?

This question has been addressed in several dozen books published since 2003. Many of them read like political pamphlets. They accuse Ramadan of being a duplicitous, dangerous Islamist. Few can claim to draw a nuanced picture by exposing his networks and strategy. 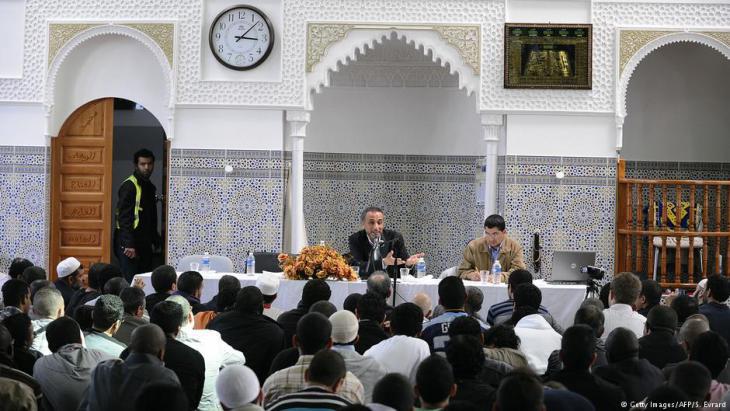 Eloquent, charismatic, with a fan base to rival a pop star: holding the chair in Contemporary Islamic Studies, the media-savvy and controversial author and academic Tariq Ramadan is one of Oxford University′s most popular professors. A keen publicist, he makes regular appearances on television. His conservative take on Islam has won him many admirers and opponents alike

The perception of Ramadan in western European public life is also polarised: for some, he's an Islamic innovator who is doing a great deal to further the emancipation of Muslims in Europe and to modernise their mindset. Someone who through his public appearances and 30 publications is boosting the self-confidence of those suffering marginalisation, Islamophobia and racism and encouraging them to integrate themselves into their host societies and be valuable, fully-fledged citizens. For others, he's a Muslim Brother in disguise, just like his father and grandfather before him.

Politicians and journalists frequently cite Tariq Ramadan's links with the Muslim Brotherhood, founded in Egypt in 1928 by his maternal grandfather Hassan al-Banna. His father, Said Ramadan, acted as al-Banna's personal secretary and when the regime of Gamal Abdel Nasser began persecuting the movement, Said Ramadan fled in the 1950s to Europe, where he founded several Islamic organisations in Switzerland and Germany.

The young Tariq grew up stateless in Switzerland, graduated in philosophy studying the works of Nietzsche and became involved in the Third World movement. He later absolved an Islamic religious studies course tutored by a sheikh and worked as a secondary school teacher. He founded a Muslim organisation that remained insignificant. It was accused of sympathising with members of the Algerian Islamic Salvation Front (FIS). Ramadan later became involved in the headscarf controversy in France.

In 1995, France experienced a wave of Islamist attacks. Between July and October that year, a series of incidents left eight dead and around 200 injured. The attacks were blamed on the “Armed Islamic Group of Algeria” (GIA). Tariq Ramadan, at the time already a well-known figure among France's banlieu Muslims, was slapped with a travel ban by the French government. Paris accused him of supporting the Islamists. To the politicians' chagrin, he successfully contested the ban and was later able to enter the country again.

It was 2003 before his name became familiar to a broader audience. In one appearance – described as legendary by his supporters – on the talkshow "100 minutes pour convaincre" ("100 minutes to convince") he eloquently wiped the floor with Nicolas Sarkozy, who was French Interior Minister at the time. During their encounter, Tariq Ramadan dismissed Sarkozy's attempt to discredit him through his family as kin liability, accusing the French minister of simply using the name of his grandfather as a moral cudgel without really knowing anything about him.

Ramadan's support for a moratorium on corporal punishments in Islamic law was a headline-grabber: for his supporters, this represented a courageous reform proposal, while Sarkozy and other opponents saw it as a scandal that he did not call for a direct abolition of such punishments.

Further appearances made Ramadan the darling of the Muslim community in Francophone Europe; his eloquence and skilful argumentation even earned him respect among his critics.

Ramadan has served as an expert advisor to several European Parliament commissions. His academic dubbing should have come with his appointment to the Catholic University of Notre Dame in Indiana, in the U.S., in 2004. But the Department of Homeland Security established by President George W. Bush refused him entry to the country – accusing him of financing terrorism.

Later, he was appointed to the post of Professor of Contemporary Islamic Studies at Oxford University in the UK in 2009. The University put Ramadan on leave when the rape allegations surfaced, to allow him to focus on preparing his defence. Tariq Ramadan is not only denying the allegations against him – his lawyers have in the meantime sued both claimants for slander and defamation.

Abortions are illegal in Egypt unless they are necessary to save a married woman's life. But that doesn't stop local women from having one. Egyptian society needs to acknowledge ... END_OF_DOCUMENT_TOKEN_TO_BE_REPLACED

Food prices doubled, salaries halved, banks restricting withdrawals: Egyptians now have the same problems as the Lebanese. But if things get worse here, the fallout will be far ... END_OF_DOCUMENT_TOKEN_TO_BE_REPLACED

Giessen, Eichsfeld, Kusel, Berlin – cars bearing old German number plates are the latest trend on the streets of Cairo. Many Egyptians regard the discarded plates as chic. What ... END_OF_DOCUMENT_TOKEN_TO_BE_REPLACED

Egyptian Sufis have been on the defensive against the country's Islamists for decades. Meanwhile, interest in mysticism is growing among the young members of Cairo’s middle and ... END_OF_DOCUMENT_TOKEN_TO_BE_REPLACED

Chinese President Xi Jinping's visit to Saudi Arabia in December 2022 may have rattled Washington, but it simply highlighted the Arabs’ desire to diversify their foreign relations ... END_OF_DOCUMENT_TOKEN_TO_BE_REPLACED

Asmaa al-Atawna's debut novel "Missing Picture" has been published in German translation (Keine Luft zum Atmen – Mein Weg in die Freiheit). In it, she describes life in Gaza from ... END_OF_DOCUMENT_TOKEN_TO_BE_REPLACED

Comments for this article: Yet to be proven

The sympathy and bias from the authoer for Tariq Ramadan becomes very clear if one realises that
1. he mentions dozen of books that "read like political pamphlets", "accuse Ramadan of being a duplicitous, dangerous Islamist." but where " Few can claim to draw a nuanced picture by exposing his networks and strategy.", but overlooks thoese books like the one from Caroline Fourest which makes a very detailled and in-depth description of botyh his publications and his networks and strategy.
2. He pretends, on a television confrontation with Sarkosy, that Ramadan "eloquently wiped the floor with Nicolas Sarkozy", but 'forgets' to mention that Ramadan defended the death penalty written in the sharia for those leaving islam. Sarkosy tried to have Ramadan condemn this barbaric religious rules that goes squarely against human rights, as many other muslims already did, but Ramadan refused to conemn this rule instead opting for a 'moratorium' on the execution.

END_OF_DOCUMENT_TOKEN_TO_BE_REPLACED
Social media
and networks
Subscribe to our
newsletter