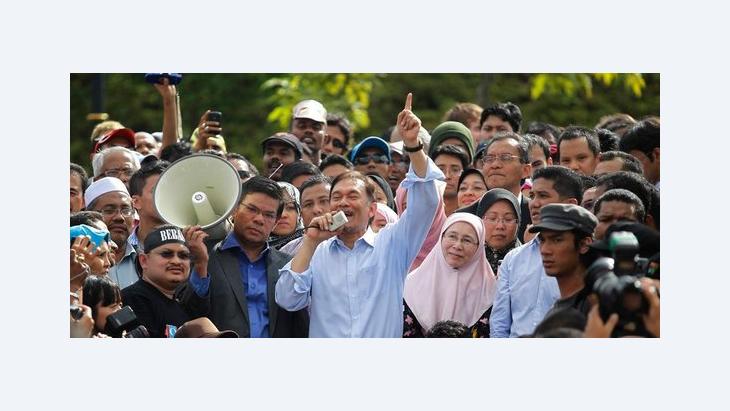 A Small Victory for Democracy in Malaysia

﻿It was a trial with many scandalous facets: Anwar Ibrahim, one of Malaysia's most prominent politicians, had been charged with homosexuality – in the eyes of many, a politically motivated manoeuvre orchestrated by the government. The acquittal came as something of a surprise, and is a small victory for Malaysia's democracy movement, says Andy Budiman

To whom do we owe this victory? Malaysia's highest court has acquitted Anwar Ibrahim. In his ruling, the judge said that the evidence was insufficient to convict the opposition leader of homosexuality.

Homosexuality is a crime in Malaysia, even if consensual. Anyone found guilty can face up to 20 years imprisonment. For Anwar Ibrahim, a major political figure, a conviction could have spelled the end of his career. For more than two years now, this case has polarised Malaysian voters and dominated the country's political life.

A case brimming with intrigue

There was something not quite right from the outset. Before the accusations first surfaced, a meeting had taken place between Prime Minister Najib Razak and Mohamad Saiful – the man who claimed he had been raped by Anwar. Although Razak initially denied meeting Saiful, he then retracted his statement and finally admitted that Saiful had told him of the case a few days before officially filing the charge. 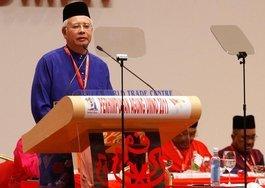 Dubious political maneuvering: Were the accusations against Anwar a political manoeuvre carried out by the Najib Razak regime to win favour ahead of general elections?

​​In the end, the judge reached its decision: Anwar Ibrahim is innocent and will be acquitted. The Malaysian government was quick to capitalise on the ruling. It spoke with pride of how the verdict provided proof of the government's non-interventionist approach and the independence of the Malaysian court, which was free of any corruption it might have previously been accused of.

But is this really true? If this really is an independent institution, why did the court take on this case at all, although it was clearly based on very weak evidence right from the start? Is it not more likely to have been a political manoeuvre that the Najib Razak regime felt compelled to carry out to win favour ahead of general elections?

The reality is that he probably had no choice: Jailing Anwar shortly before the elections would have worsened the already tarnished image of the government. Anwar would have instead garnered more support and international pressure on the government in Kuala Lumpur would have been stepped up. Acquitting the opposition leader was the only way out of the mire.

The government hopes to capitalise on the move by consolidating voter support while at the same time demonstrating that it is serious about proposed reforms.

This case gives rise to a critical question: Has Malaysia really changed? Up until the past year Freedom House, an organisation that regularly surveys levels of freedom and democracy in the nations of the world, again rated Malaysia as a "partially free" state. And this with good reason: The government continues to restrict freedom of speech as well as the right of association and freedom of assembly.

Journalists and even bloggers who criticise the regime can face jail terms. The only conclusion that can be drawn from this is that in fact, little progress has been made.

Anwar Ibrahim is a key figure for Malaysia's democracy, even if the political coalition that he founded certainly prompts questions. Anwar Ibrahim, known in the West as a secular politician, was forced to seal a half-hearted alliance with the PAS (Pan-Malaysian Islamic Party), a group that would like to see the introduction of Sharia law.

Anwar Ibrahim served as deputy prime minister in the 1990s until he quarrelled with the prime minister at the time Mahathir Mohamad. Anwar was then convicted of corruption and sodomy and spent six years in prison. The second conviction for sodomy was reversed in 2004

​​He had to agree to this unlikely alliance to create a counterbalance to the ruling "Barisan Nasional" coalition (National Front). The magazine The Economist once referred to Anwar as "Malaysia's chameleon", after he called on voters in a remote location to elect a PAS candidate, whom he sold to them as an upright, conscientious Muslim.

On other occasions he would talk animatedly with secular politicians about democracy. No wonder then that perception of him is often mixed. He is sometimes too Islamic for the secular camp. On the other hand, his concepts for the Muslim party are often too western-influenced.

But Anwar Ibrahim had to engage in this balancing act. He is operating within a majority-Muslim electorate, and must speak its language. If Anwar Ibrahim had any chance of establishing a viable alternative to the strong government that has ruled Malaysia since independence in 1953, then agreeing to compromises with conservative forces was the only route open to him.

Politics of identity and the future of Malaysian democracy 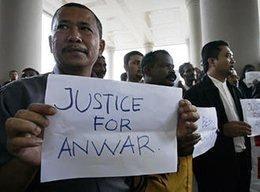 "Justice for Anwar Ibrahim!": If he had been found guilty, the opposition politician would have faced a jail term of up to 20 years. Same-sex relationships are illegal in the Muslim-dominated multi-ethnic nation

​​Catholics were suddenly forbidden from using the word 'Allah' to refer to 'god' – although the Malay word for 'god' has been 'Allah' for centuries – and its use restricted to followers of the Islamic faith. A number of violent incidents were reported immediately after the legislation came into force, including fires at three churches.

The politics of identity will present a challenge to the future of democracy. The increase in sectarian violence is a cause for concern: In which direction will the winds of change blow? Will the Islamists be victorious, just as they have been in Tunisia and Morocco?

One thing is for sure, those winds of change are certainly picking up. Shortly after his acquittal @anwaribrahim tweeted that "in the coming election, the voice of the people will be heard and this corrupt government will be toppled from its pedestal of power."

Now it depends on who can seize the moment more effectively: Will it be the Malaysian government, by taking the first steps to implement planned reforms? Or will the opposition receive increasing support? And if the opposition does ascend to power, which forces will be the stronger, the secular or the Islamic?

It is not possible to answer these questions at this moment in time. But one thing is certain: Anwar's acquittal increases the chances of advancing political change. In this respect, it can certainly be viewed as a small victory for the democracy movement.

Home
Print
Newsletter
More on this topic
Interview with Anwar Ibrahim: "We Face a Deficit of Democracy in Malaysia"Islam and Politics in Malaysia: Islamist Genie Is out of the Bottle
Related Topics
All Topics

Lacking support from Arab countries for its stance on the Kashmir dispute, Pakistan is looking for new alliances under China's leadership. How practical is it for Islamabad to ... END_OF_DOCUMENT_TOKEN_TO_BE_REPLACED

According to the latest Reuters tally, more than 2.54 million people are now reported to have been infected by the novel coronavirus globally and 177,004 have died. As Muslims ... END_OF_DOCUMENT_TOKEN_TO_BE_REPLACED

Around the Islamic world, lockdowns and curfews are being extended and religious ceremonies are being cancelled outright in the hope of slowing the spread of COVID-19. Here’s the ... END_OF_DOCUMENT_TOKEN_TO_BE_REPLACED

Why are predominantly Muslim countries lagging behind when it comes to democracy and human rights? Dutch sociologist Ruud Koopmans uses a lot of figures to underpin his theory ... END_OF_DOCUMENT_TOKEN_TO_BE_REPLACED

How to talk about spiritual matters in a highly secularised, hyper-pragmatic society? This was the question artists exhibiting at the Stamford Art Centre in Singapore grappled ... END_OF_DOCUMENT_TOKEN_TO_BE_REPLACED

Many predominantly Muslim countries have penal laws against "blasphemy", "defamation of religion" and "apostasy". In practice they serve as highly effective weapons to settle ... END_OF_DOCUMENT_TOKEN_TO_BE_REPLACED
Date:
Mail:
Send via mail

END_OF_DOCUMENT_TOKEN_TO_BE_REPLACED
Social media
and networks
Subscribe to our
newsletter