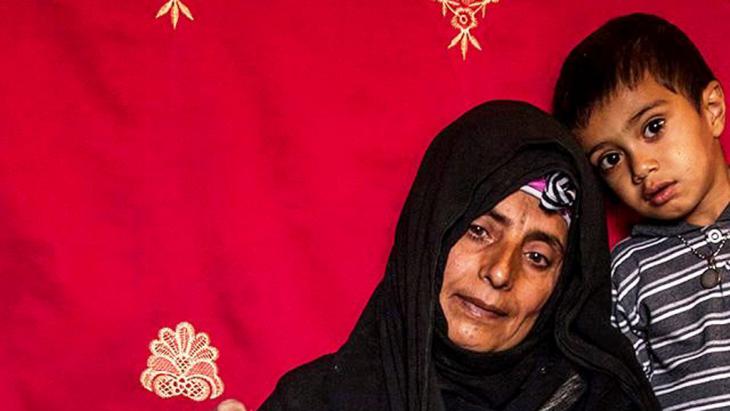 On the fringes of society

Many refugees currently knocking on Europe′s doors come from Afghanistan. Most of them, however, no longer know their homeland because they are second generation refugees who have grown up in neighbouring Iran. Ghasem Toulany on the situation of Afghan refugees in the Islamic Republic

To this day, certain political circles in Iran invoke the "threat of a shrinking population" in the country and warn of "exploitative powers" allegedly aiming to keep the Shia population at a low level. Ex-President Mahmoud Ahmadinejad used this conspiracy theory several years ago to justify financial advantages for families with new-born children, although youth unemployment in Iran at the time was already growing drastically.

The numerous Afghan refugees who have come to the Islamic Republic over the past decades are unlikely to change anything about this situation. They are already seen more as a burden than a blessing. Yet in theory at least, most Afghan refugees could become relatively well integrated into Iranian society – many Afghans speak the same language as the Iranians and belong to the same religion.

Side by side against the arch-enemy Iraq

Ever since the Soviet invasion of Afghanistan in 1979, countless Afghans have sought protection in neighbouring Iran. In the early years of its existence, the Islamic Republic at times welcomed Afghan refugees with open arms, not least for ideological reasons. There was talk of supporting the ″Afghan brothers″ in their fight against the ″Soviet aggressors″. Many Afghan refugees in turn fought side by side with the Iranian military during the eight-year war against Iraq. 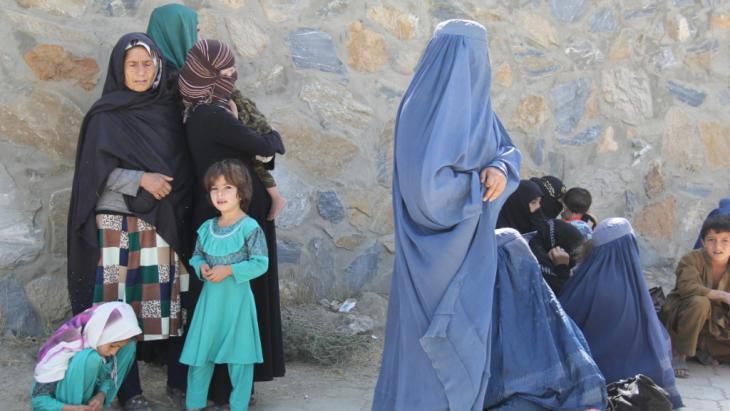 Escaping from war, displaced by the Taliban and warlords: more than 100,000 people were displaced within Afghanistan this year alone. Around a million Afghans are migrants in their own country. The five-million-strong city of Kabul has no room left for the new arrivals, who are forced to live in makeshift huts and tents

Today, estimates place the number of Afghans in Iran at between three and five million. Only few of them have temporary residence permits, while most are stigmatised as ″illegal″, although many Afghans were even born in Iran. According to the Iranian ministry of labour, there are currently more than four million ″foreign employees″ in the Islamic Republic, including just under three million ″illegal foreigners″, as the Iranian authorities refer to Afghan refugees.

No equal rights, no recognition

As long as the Iranian economy was in a fairly healthy condition and the sanctions against the Islamic Republic were not yet in effect, many Afghan refugees were granted ″Iranian hospitality″ – although most of them lived mainly in refugee camps and ghettos. From the very beginning, however, there was no systematic integration of Afghan refugees into Iranian society. One consequence is that even the second generation of Afghans in Iran are still regarded as ″refugees″ after more than 35 years, rather than as members of society with equal rights.

Elham is an Afghan woman born in Iran, who recently arrived in Germany with her husband and their two children, ages four and ten – along with many other Afghan refugees. The family has been living in a reception centre in the state of North Rhine-Westphalia for more than a month now. Elham comes from an Afghan refugee family in Mashhad in the east of Iran. Her husband, in his mid-30s, escaped Afghanistan with his family as a small child. The two met in Mashhad. After their marriage they moved to Tehran, where it was easier for Elham′s husband to find work on the many building sites.

Elham′s children were born in Tehran and have never seen Afghanistan. The family did not want to stay in Iran and so came to Europe. Many ″Iranian Afghans″ like Elham and her family have no other choice but to turn their back on their ″homeland″ and knock at Europe′s doors. ″We are just as foreign in Afghanistan as we are in Germany. And we are not wanted in our country of origin,″ says Elham, who speaks Persian with a strong Tehran accent, like her children.

Many Afghans′ residence status in Iran is only ″temporary and short-term″, as the authorities put it, just like their papers, if they even have any. Although Afghan guest workers have now become practically indispensible to the Iranian economy, they are usually socially isolated. Their lack of integration is partly related to the fact that systematic naturalisation is only possible in isolated cases in Iran. The other key factor is that there is little social acceptance of refugees from poorer nations in the country in general.

Ghasem Toulany is an Iranian journalist and lecturer in Iranian Studies at the universities of Gottingen and Bonn.

Germany’s electorate includes some 7.4 million citizens with international roots, while many more millions of residents from abroad aren’t allowed to vote. Both groups are often ... END_OF_DOCUMENT_TOKEN_TO_BE_REPLACED

A deluge of books, movies, series and cover stories: ever since the events of 9/11, the West has seemed almost manically preoccupied with Islam. Yet this has rarely led to deeper ... END_OF_DOCUMENT_TOKEN_TO_BE_REPLACED

Despite their promises of "moderate" rule, the Taliban have announced the end of mixed classes in universities and a ban on sports for Afghan women. Many are taking the streets to ... END_OF_DOCUMENT_TOKEN_TO_BE_REPLACED

Twenty years after 9/11, the world is faced with the dual challenge of Islamophobia and anti-Westernism. Ahmet Kuru argues that Muslims in the West, well versed in both Western ... END_OF_DOCUMENT_TOKEN_TO_BE_REPLACED

Two decades after the attacks of 11 September 2001, the West faces the shattered debris of its failure – not only in Afghanistan, but also in Iraq, Syria, Libya and Yemen. What ... END_OF_DOCUMENT_TOKEN_TO_BE_REPLACED

Twenty years after 9/11, the United States is recalibrating its war policy. However, its assertions that the era of endless wars is over are a myth, writes Maha Hilal END_OF_DOCUMENT_TOKEN_TO_BE_REPLACED
Author:
Ghasem Toulany
Date:
Mail:
Send via mail

END_OF_DOCUMENT_TOKEN_TO_BE_REPLACED
Social media
and networks
Subscribe to our
newsletter