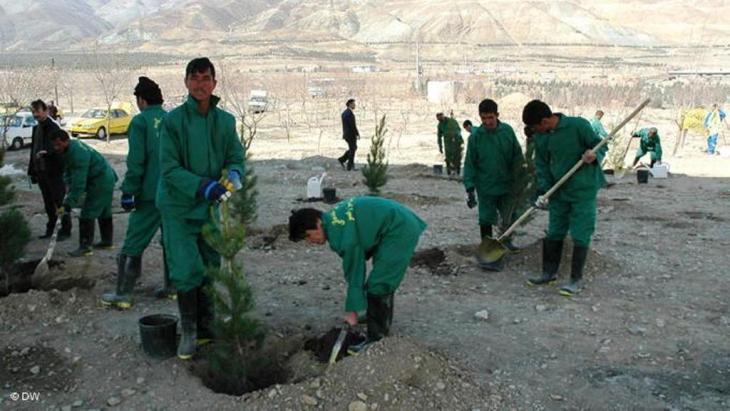 Iran constantly draws attention to the plight of other peoples and minorities – whether it is the Palestinians in Gaza or the Shia in Saudi Arabia. Yet at the same time, the government in Tehran takes a hard line against minorities living in Iran. According to Emran Feroz, the largest group to suffer as a result of this policy is the Afghan refugees

According to official figures, there are approximately two million Afghans living in Iran. However, as the vast majority of them are refugees, it is likely that the actual number is far greater. Everyday life for these individuals is anything but easy. They face systematic discrimination, harassment and social hardship due to the policies of the Iranian government.

For decades, Afghanistan has been ravaged by war and chaos, and over the years, many Afghans have sought sanctuary in neighbouring Iran. The majority of these refugees are Hazara, a Shia minority in Afghanistan. Many Hazara initially thought that they would be welcomed in Shia Iran with open arms. These hopes, however, were quickly dashed.

Someone who experienced this situation first-hand is 25-year-old Hossein, who today lives in Austria, where he was granted asylum. Here, he works part-time as a waiter in a restaurant during the day and goes to school in the evenings. Only a few years ago, the young Afghan lived in Tehran. Life was very different there.

In order to earn money to send to his family in Afghanistan, he worked between 12 and 16 hours a day on a construction site together with other Afghans. "None of us had papers. Almost every Afghan in Iran works illegally, usually in construction," relates Hossein. Most Afghan migrants in Iran have no opportunity to educate themselves because they are denied access to schools and university. Iranian citizenship is the prerequisite to finding legal work or gaining an education. This remains a pipe dream for many Afghans. "It is easier to get a Green Card," says Hossein. 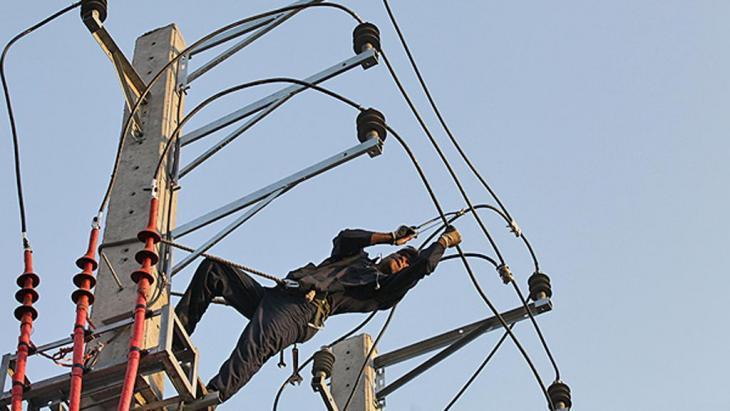 A pillar of the Iranian economy, yet paid a pittance: according to Human Rights Watch, many Afghan refugees in Iran work illegally and are targets of exploitation and abuse

For this reason, most refugees are forced to work illegally. This workforce has since become a significant factor in the Iranian economy. Large urban centres – such as Tehran, Shiraz and Mashhad – are constantly growing and are increasingly dominated by modern buildings and skyscrapers. Without these illegal Afghan workers, who earn a pittance and are housed in miserable barracks, most of these buildings would probably never have been built.

Quite a few Afghan construction workers are minors. Hossein also began as a labourer when he was only 15 years old. He was the target of constant verbal abuse, even from passers-by on the street. "Afghani" and "Afghanizag" (Persian for Afghan dog) have become standard swear words in Iran. "Regardless of our ethnicity or religion, we Afghans are barbarians in the eyes of many Iranians," says Jawed, another Afghan, who lived in Iran for many years.

A further problem is that second-generation Afghans (i.e. those born in Iran) face the same sort of discrimination. Many Afghan men have since married Iranian women. Yet, according to Iranian law, these children are not recognised as Iranian citizens on account of their Afghan fathers.

This situation is nothing new for organisations such as Human Rights Watch, which has been following the plight of Afghan refugees in Iran for quite some time now. According to a number of comprehensive reports, the most recent of which was published just last year, the Iranian government has trampled on the rights of the migrants. The latest report from Human Rights Watch confirms that Afghans in Iran are targets of exploitation and abuse.

Not an issue for the Afghan government

It is not unusual for Iranian courts to condemn Afghan migrants to death on the flimsiest of pretexts. In the past, many of those put to death were minors. 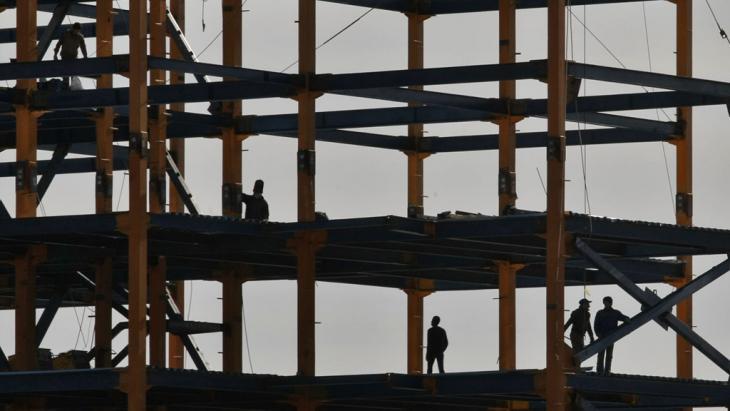 "Large urban centres – such as Tehran, Shiraz and Mashhad – are constantly growing and are increasingly dominated by modern buildings and skyscrapers. Without these illegal Afghan workers, who earn a pittance and are housed in miserable barracks, most of these buildings would probably never have been built," writes Emran Feroz

The catastrophic situation of Afghan refugees in Iran has led to frequent protests in Afghanistan. To this day, the government in Kabul tries to avoid assuming any responsibility for the predicament of its countrymen in Iran. President Hamid Karzai has been a frequent visitor to Tehran. He has often enjoyed a good rapport with his Iranian counterparts, whether Ahmadinejad or Rouhani. They have drunk tea together, chatted, and smiled for the cameras. The issue of Afghan refugees in Iran never appeared on the agenda.

Instead, another group has seized the initiative and begun addressing this sensitive subject in Tehran. For some time now, the ayatollahs have been cultivating contact with the Taliban. According to the Afghan journalist and political analyst Ahmad Waheed Mozhdah, the extremists even have their own office in Tehran. "The Taliban feel responsible for Afghans in Iran and have quite specifically taken up the refugee issue," says Mozhdah.

It recently became known that the Iranian government has been sending Afghan refugees to Syria to fight for Bashar al-Assad against the Syrian insurgents. According to reports, the government in Tehran has promised Afghans willing to go to Syria a residence permit, Iranian citizenship, or something similar in return. In addition, it has promised that the children of these refugees will be permitted to attend school and university.

The fact that most of these young men are sent to Syria without any sort of combat experience, means that for many, there is little hope of them ever returning. As such, these events mark a sorry climax in the on-going exploitation of Afghan migrants in Iran.

Education for girls and women is still possible in Afghanistan, says Reinhard Eroes of the Kinderhilfe Afghanistan initiative. In interview with Elisa Rheinheimer, he talks about ... END_OF_DOCUMENT_TOKEN_TO_BE_REPLACED

A lawmaker in Pakistan's rugged northwest was sipping tea with voters when his phone chirped to life – the Taliban were calling with a demand for 'donations'. "We hope you won't ... END_OF_DOCUMENT_TOKEN_TO_BE_REPLACED

Cries of "Benghazi!" still resonate across the USA ten years after a deadly terrorist attack in Libya killed the U.S. ambassador and three other Americans. Ethan Chorin re-tells ... END_OF_DOCUMENT_TOKEN_TO_BE_REPLACED

Sufism has fluid boundaries. Just like Islam, Sufism is inconceivable without its late antique roots. Then again, it has also exerted an influence on Hinduism. Moreover, the Sufic ... END_OF_DOCUMENT_TOKEN_TO_BE_REPLACED

Journalist Waslat Hasrat-Nazimi was forced to flee Afghanistan with her family as a child and grew up in Germany. To mark the publication of her book "The Lionesses of Afghanistan ... END_OF_DOCUMENT_TOKEN_TO_BE_REPLACED

Just as the Islamic Revolution fundamentally changed Iran 43 years ago and had an impact far beyond the country's borders, the current wave of protests sweeping the country is set ... END_OF_DOCUMENT_TOKEN_TO_BE_REPLACED
Author:
Emran Feroz
Date:
Mail:
Send via mail

END_OF_DOCUMENT_TOKEN_TO_BE_REPLACED
Social media
and networks
Subscribe to our
newsletter