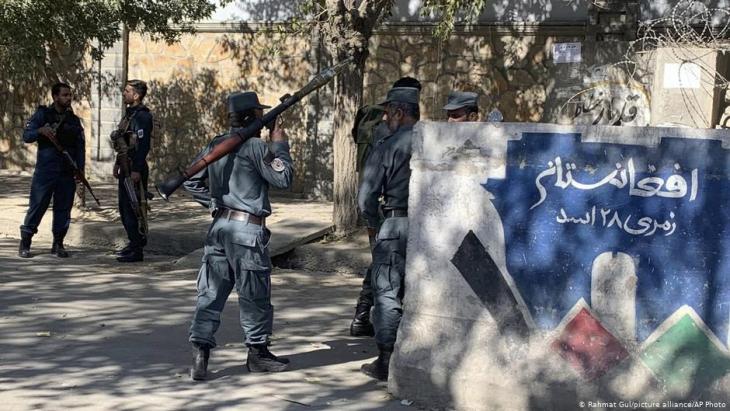 Afghanistan’s academics under fire
Must young Afghans be willing to die for an education?

The latest attack on Kabul University left staff and students feeling desperate and vulnerable. An international letter of solidarity aims to express support for the academic community, who continue to instruct and study under conditions of war, violence and insecurity. By Marian Brehmer

November began violently for Afghan’s academia. On 2 November, three attackers stormed the law faculty at the University of Kabul, firing indiscriminately on students and teaching staff. During the six-hour occupation, 35 people were murdered and dozens of others injured, while Afghan security forces tried to protect thousands of students and neutralise the attackers at the same time.

The attack was the second on an Afghan educational institution in just two weeks; in late October, an IS suicide bomber blew himself up at the entrance to an education centre. The attack, which left 43 teenaged students dead, occurred in the troubled neighbourhood of Dasht-e-Barchi, where most residents are ethnic Hazaras. The district has already endured a number of attacks — on mosques, a wrestling club and in May, even a maternity hospital.

While the attack on Kabul University was claimed by the Afghan offshoot of IS, the government in Kabul believes that a different group was responsible: the Haqqani network, known for its brutality and affiliated with the Taliban. Whoever was responsible for the bloodbath, the perfidious message behind it came through loud and clear: just like previous attacks on other universities such as the American University of Kabul and the Polytechnic University, it was aimed squarely at the nation’s young harbingers of hope, people who may have one day been able to effect a change in the fortunes of their homeland.

Fatal signal: education can be life-threatening

According to a report by Al Jazeera, the dead included 23-year-old student Mohammed Raul Arif, a young man who was determined to serve his country one day. Although his parents tried to convince him to study abroad, he remained in Afghanistan. That decision cost Arif his life. Such tragic stories send a fatal signal to young people in Afghanistan and their parents — that education is unsafe and can even be life-threatening.

The university resumed normal operations after just a few days, but in an atmosphere of hopelessness. "Attacks like these now happen so often people have become accustomed to them," says Hussain Tawfiqy, a philosophy student at Kabul University. "Nevertheless, the attack came as a serious shock to students," he adds.

Kabul University, founded in 1931 under the government of Mohammed Nadir Shah, is one of the country’s oldest and most prestigious universities. It has 25,000 students, almost half of them women. This means that it has an important role to play in the education of future generations of professionals in Afghanistan.

Conscious of the horror and the destructive symbolic power of the attack, 350 academics from the United States, Europe, South Asia and Australia signed a public letter of solidarity on the Afghanistan Center website, initiated by the researchers Mejgan Massoumi (Stanford University) and Munazza Ebitkar (University of Oxford).

The letter, signed among others by Noam Chomsky, states: "As international scholars, we are outraged by the attacks on universities and educational institutions in Afghanistan. We stand in solidarity with the families of the victims and all Afghans who risk their lives to pursue their education in conditions of war, violence and insecurity."

The letter also calls on the Afghan government, the international community and NGOs operating in Afghanistan to bring those responsible for the attacks to account, to cut off their sources of support, to do more to protect teachers and students and force all actors in the Afghan war to respect and protect civilian life in the conflict. 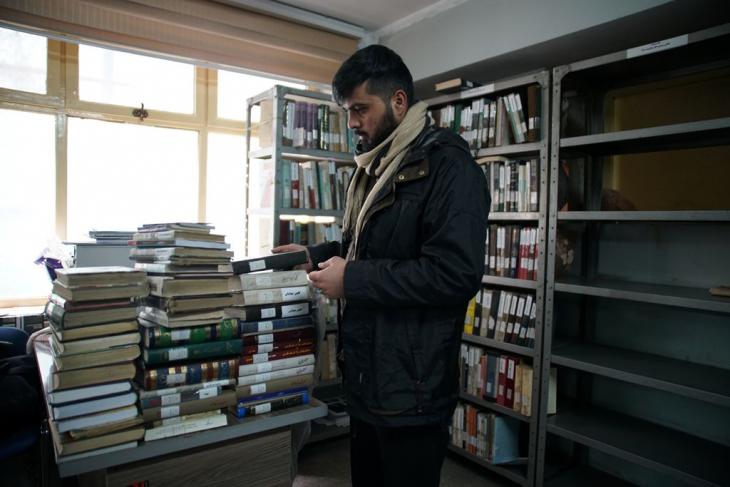 Solidarity with Afghan universities: conscious of the horror and the destructive symbolic power of the attack, 350 academics from the United States, Europe, South Asia and Australia signed a public letter of solidarity on the Afghanistan Center website. The letter states: "As international scholars, we are outraged by the attacks on universities and educational institutions in Afghanistan. We stand in solidarity with the families of the victims and all Afghans who risk their lives to pursue their education in conditions of war, violence and insecurity"

One of the German signatories is Dr. Annika Schmeding, Junior Fellow at the Harvard Society of Fellows, a woman who carried out field research in Afghanistan for many years. "To express solidarity with the victims and survivors is the least we can do," says Schmeding. "A letter like this shows that although news reports have a short shelf-life in the West, the murder of civilians in educational establishments cannot be allowed to become normality. I think many Afghan colleagues feel left alone in a seemingly hopeless situation co-initiated by the West," she adds.

In February, the U.S. government signed a peace treaty with the Taliban with the declared goal of pulling most American troops out before Trump’s exit from office. But despite the ongoing peace process between the U.S. leadership and the Taliban, there has been yet another surge in violence against civilians in the second half of the year. In the past six months alone, the Taliban carried out 53 suicide attacks and 1,250 bombings, most of them in the provinces, leaving 1,210 civilians dead and around twice as many wounded.

While U.S. Secretary of State Mike Pompeo met with Taliban representatives at the weekend, IS attacked Kabul’s heavily fortified Green Zone where ministries and foreign embassies are located. Another 10 people died.

So why are things not calming down in Afghanistan? It does appear that Taliban leaders, many of them living in Pakistani exile for many years, are struggling to sustain combat operations. As Afghan journalist Mujib Mashal of the New York Times reports, the functionaries often know little about conditions on the ground and the motivation of their fighters. These frequently young Taliban recruits have suffered considerable losses within their own ranks in recent years and are not about to lay down their arms any time soon. Their declared goal is the reunification of a Taliban Emirate; their fight is not primarily against foreign occupying forces but against what they perceive as a corrupt state system.

In view of the unabating violence, many Afghans increasingly regard the "peace negotiations" as a farce. The father of Hanife, one of the students murdered at Kabul University, described in the newspaper Hasht-e Sobh (“Eight O’Clock in the Morning”) how he attempted to identify his daughter among the corpses at the hospital.  "I wished I could take the lifeless body of my daughter to Doha, place it on the negotiating table and say: 'This is the reality in today’s Afghanistan'. The bloodied body of a young girl who had 1001 beautiful wishes, but who was killed so that you can broker a deal. How am I supposed to believe in such a peace?"

Home
Print
Newsletter
More on this topic
Afghanistan's decline and long search for peace: A slide into war and chaosAfghanistanʹs political future: Is peace with the Taliban possible?Women in Afghanistan: In prison for being raped
Related Topics
'Islamic State' | IS, Democracy and civil society, Education, Humanitarian aid, International terrorism, Jihadism | Jihadists, Rule of law, Taliban, U.S. policy in the Middle East
All Topics

After coming to power, the Islamist group imposed a ban on girls' education, prompting some Afghans to set up an underground school. Hussain Sirat and Ahmad Hakimi spoke to some ... END_OF_DOCUMENT_TOKEN_TO_BE_REPLACED

As the Western world emerges from a holiday season made less festive by COVID-19, millions of children in Afghanistan are starting 2022 facing the prospect of famine, illness, and ... END_OF_DOCUMENT_TOKEN_TO_BE_REPLACED

Each year, thousands of people travel to the Turkish city of Konya to attend a week-long series of events and ceremonies that mark the death of the 13th-century Islamic poet, ... END_OF_DOCUMENT_TOKEN_TO_BE_REPLACED

Their exhausting escape from the Taliban took them from Kabul to Qatar, though European cities and U.S. military bases. But now this Afghan family has finally arrived in a small ... END_OF_DOCUMENT_TOKEN_TO_BE_REPLACED

The Pakistani Taliban, known by the acronym TTP, are regrouping and reorganising, with their leadership headquartered in neighbouring Afghanistan, according to a U.N. report from ... END_OF_DOCUMENT_TOKEN_TO_BE_REPLACED

END_OF_DOCUMENT_TOKEN_TO_BE_REPLACED
Social media
and networks
Subscribe to our
newsletter