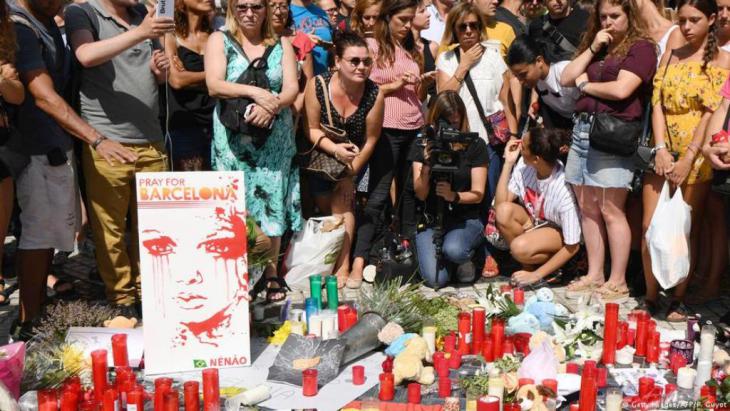 Jihadism is the hydra of terror. Once one group has been defeated, the next will follow. This is making the fight against terrorism increasingly difficult. By Rainer Hermann

This year Islamic State will physically cease to exist as a state. Its Caliphate will be history, because a Caliph cannot exist solely underground.  The losses in Syria and Iraq are immense: its territory is shrinking and IS income is dwindling.

Now, the group can only rely on a fraction of its previous revenues from taxes and the oil industry. But as a straightforward terror group, despite – or perhaps because of – these losses, IS has increased its clout.

The attacks in Spain indicate two points: on the one hand, IS has once again shown that it can attack pretty much any target at any time.

On the other, it has been evident since this double attack that the group does not have to rely on "lone wolves" acting on their own volition to conduct its campaign of terror. At least eight people were involved in the attacks in Barcelona and Cambrils; the police also uncovered an IS site for the manufacture of explosives. IS can clearly fall back on a network of cells in Spain – and probably not just there.

Exploiting Islamic history to further its own ends

The IS propaganda machine acted early to prepare supporters for the downfall of the Caliphate. The military successes of the anti-IS coalition caused a sharp reduction in the volume of IS propaganda on social media. New recruits are no longer being sought, with more attention now being focused on upholding the morale of fighters and sympathisers.

To this end, the propaganda machine is mining early Islamic history. IS says that an analysis of this shows that the persecution suffered by the Prophet before his triumph is now being repeated; it is suggested that the current phase is a "time when we are being put to the test". According to this theory, contemporary Muslims are yet again the victims of foreign powers and IS opposes this. 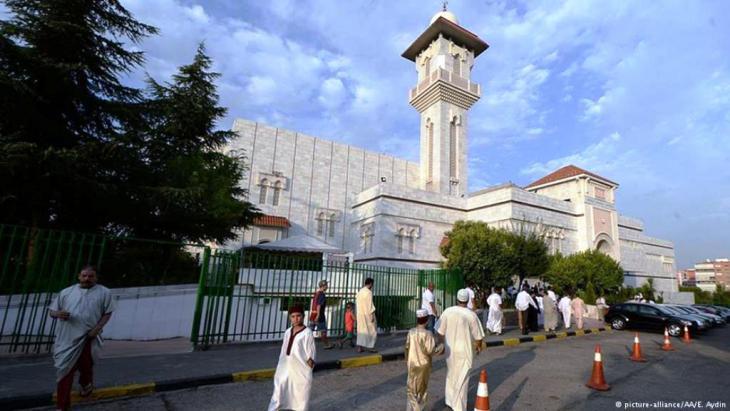 In the fight against radicalisation, the state must ″permit mosques that operate within our legal framework, that are neither controlled by the state, nor aiming to create a ′preferable′ brand of Islam. Because this is not getting through to those who pose a threat,″ argues Rainer Herrmann

This resonates with many young Muslims across Europe with an immigrant background in the second or even third generation. Because their integration has failed, this makes them more receptive to IS propaganda. The strategic depth gained by IS in this manner makes it more dangerous than al-Qaida ever was. The willingness to carry out attacks and take revenge on the West is the second stage.

Firstly, they hold the West responsible for their failed lives: for example, the grandfather was killed in the independence war against France, the father worked on the garbage trucks in France, the son, who left school with no qualifications, became a small-time criminal. For a young man with a biography such as this, IS provides an instrument with which to seek vengeance. Television footage showing the panic caused by terror attacks gives him the satisfaction he seeks.

Home
Print
Newsletter
More on this topic
Islamic State: Down but not necessarily outPreventing Islamism in Belgium: Robbing the jihadists of their advantageIS attacks in Brussels: No more shades of grey
Related Topics
'Islamic State' | IS, Integration in Germany, International terrorism, Jihad, Jihadism | Jihadists, Radicalisation
All Topics

"Je suis Prof": in the wake of the horrific murder of teacher Samuel Paty, thousands of people took to the streets in cities across France in a show of support for the values of ... END_OF_DOCUMENT_TOKEN_TO_BE_REPLACED

This 11 September marked the nineteenth anniversary of the terrorist attacks in New York and Washington. The wide-ranging repercussions of those attacks in the years since 2001 ... END_OF_DOCUMENT_TOKEN_TO_BE_REPLACED

With the arrival of thousands of Tunisian refugees in Italy, the Italian government is putting increased pressure on Tunisia and wants to extend its deportation deal with the ... END_OF_DOCUMENT_TOKEN_TO_BE_REPLACED

After the devastating fires in the Moria migrant camp on Lesbos, Muhammad spent days on a sealed-off section of road with thousands of others. His most fervent wish is to leave ... END_OF_DOCUMENT_TOKEN_TO_BE_REPLACED

After the al-Qaida terrorist network attacked the US on 11 September 2001, Germany backed the US-led military and diplomatic mission in Afghanistan – and still does. Nineteen ... END_OF_DOCUMENT_TOKEN_TO_BE_REPLACED

END_OF_DOCUMENT_TOKEN_TO_BE_REPLACED
Social media
and networks
Subscribe to our
newsletter