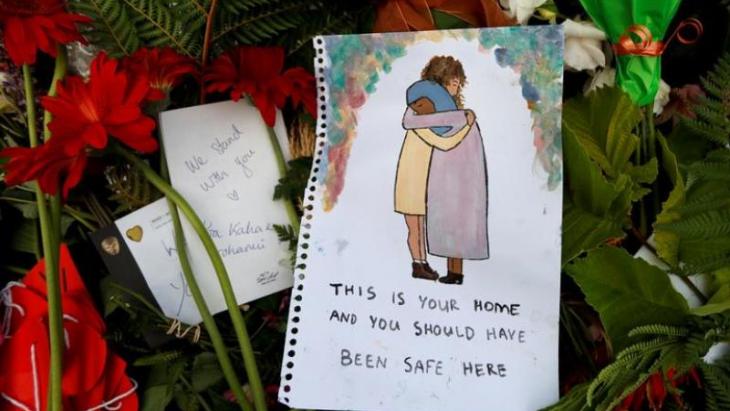 Following last Friday's attacks, German Muslims are worried that their places of worship may be targeted too. Christoph Strack writes that there is a simple way for non-Muslims to show solidarity

Exactly one week has passed since the terrible massacre perpetrated by a white supremacist at two mosques in Christchurch. In that time, there have been some striking gestures of solidarity. Members of the Jewish Tree of Life synagogue in the U.S. city of Pittsburgh, where an anti-Semite killed 11 people in October, have collected $30,000 (€26,000) for the relatives of the victims in faraway New Zealand.

In Germany, by contrast, there have been no grand gestures of sympathy such as the ones that occurred spontaneously after some of the terrorist attacks in Europe. This is disturbing. Christchurch was an attack on people at prayer; on believers in a place of worship. The difference this time was that the places of worship were Muslim.

In Pittsburgh – and elsewhere in recent years – the sites have been Jewish, the defenceless worshippers Jews. Coptic churches in Egypt have also been targeted repeatedly in bloody terrorist attacks. In other countries, too, like Pakistan or Nigeria, deadly hatred has spilled over into attacks on Christian churches.

In 2011, Copts in Germany held their Christmas church services in a state of fear and under police protection. A dreadful terrorist attack in the Egyptian city of Alexandria had left 23 dead and prompted fears of follow-up attacks in other countries, including Germany. 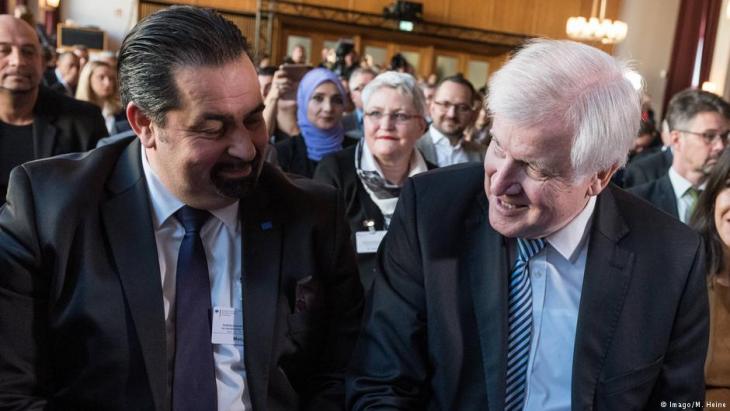 Peaceful co-existence relies on mutual support: "Everyone can take a stand. There's no reason why you shouldn't attend a mosque or a synagogue on a Friday as a way of showing solidarity with a worried or threatened community of worshippers," writes Strack. "There's also no reason why young people of different faiths shouldn't get together and be a visible presence outside mosques during the hours of prayer. All that matters is to convey the message: ʹYou are not alone!ʹ”

Both the then-president of the council of the Lutheran Church in Germany, Nikolaus Schneider and the head of Germany's Central Council of Muslims, Aiman Mazyek, attended the Coptic Christmas service in Dusseldorf. Berlin's Senator for the Interior, Ehrhart Korting and Muslims from the Islam Forum Berlin participated in the ceremony in Berlin-Lichtenberg – as did I. Politicians' bodyguards mingled with police officers who were there to safeguard the Christmas liturgy.

Where are the visible shows of support?

Last Friday, the day the terrorist attack in Christchurch shocked the world, I attended Friday prayers at the Sehitlik Mosque in the Neukolln district of Berlin. The mosque was full. Even more worshippers were standing in the courtyard.

No police were outside the door, there were no other Berliners, no candles, no flowers. A shocked elderly man spoke to me on his way out: "An attack on people praying at a religious service – anyone could be affected," he said.

The Central Council of Muslims is now lobbying for better protection – including police protection – for Islamic places of worship in Germany. In many German cities, not just Berlin, police officers are, unfortunately, a familiar sight outside countless Jewish synagogues and institutions: 24 hours a day, 365 days a year. Furthermore, there was also a civilian police presence in some well-known German churches for the 2018 Christmas Masses.

Everyone can take a stand

Everyone can take a stand. There's no reason why you shouldn't attend a mosque or a synagogue on a Friday as a way of showing solidarity with a worried or threatened community of worshippers. We don't need many people to do that.

There's also no reason why young people of different faiths shouldn't get together and be a visible presence outside mosques during the hours of prayer. All that matters is to convey the message: "You are not alone!”

The diocese of Limburg appealed for solidarity with Muslims at Friday prayers this week. "Not a lot needs to happen other than us showing empathy and conveying to our neighbours that they are not alone," a statement reads. "The safety of all worshippers in synagogues, churches, mosques and other religious sites is sacrosanct."

The point is to not abandon people in fear and to show that religious services and places of worship will not be allowed to become targets for hatred and terror – not anywhere on Earth.

Home
Print
Newsletter
More on this topic
Mosque attacks in Germany: A duty to protectBerlinʹs House of One: Offering a triune solutionGermanyʹs new Homeland minister: No to religious parityParliament of the Worldʹs Religions: Good people of the world, unite!
Related Topics
Dialogue of Cultures | Intercultural Dialogue, Dialogue of Religions, Islam in Europe, Islamophobia, Muslims in the West, Racism | discrimination
All Topics

"Je suis Prof": in the wake of the horrific murder of teacher Samuel Paty, thousands of people took to the streets in cities across France in a show of support for the values of ... END_OF_DOCUMENT_TOKEN_TO_BE_REPLACED

This 11 September marked the nineteenth anniversary of the terrorist attacks in New York and Washington. The wide-ranging repercussions of those attacks in the years since 2001 ... END_OF_DOCUMENT_TOKEN_TO_BE_REPLACED

With the arrival of thousands of Tunisian refugees in Italy, the Italian government is putting increased pressure on Tunisia and wants to extend its deportation deal with the ... END_OF_DOCUMENT_TOKEN_TO_BE_REPLACED

After the devastating fires in the Moria migrant camp on Lesbos, Muhammad spent days on a sealed-off section of road with thousands of others. His most fervent wish is to leave ... END_OF_DOCUMENT_TOKEN_TO_BE_REPLACED

After the al-Qaida terrorist network attacked the US on 11 September 2001, Germany backed the US-led military and diplomatic mission in Afghanistan – and still does. Nineteen ... END_OF_DOCUMENT_TOKEN_TO_BE_REPLACED

END_OF_DOCUMENT_TOKEN_TO_BE_REPLACED
Social media
and networks
Subscribe to our
newsletter