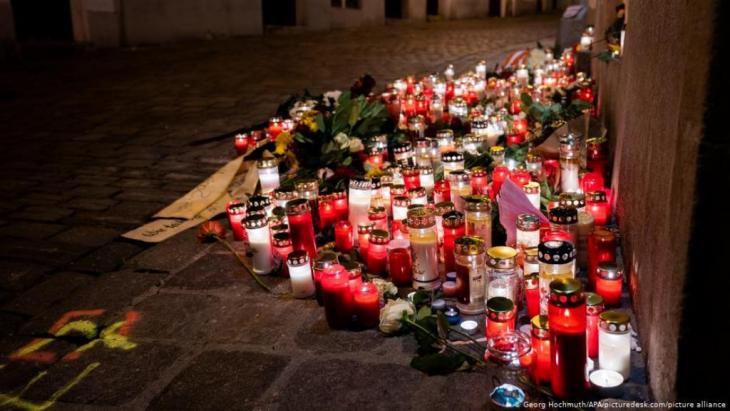 Rather than suspecting Muslims in general, we need to co-operate more with Islamic scholars, Muslim congregations and associations, writes Muhammad Sameer Murtaza in his commentary, invoking the power of selfless love – charity – that unites Christians, Jews and Muslims

Abominable allegedly Islamic terrorism has forced its way back into our consciousness in the shape of the barbaric acts of violence committed recently in Vienna, Nice and in a Paris suburb. We are all sick of hearing news like this. What can be said or written about such atrocities? How can something so indescribably appalling be described in words?

Yet after a while, we begin to realise that we know exactly what can be said or written. We have heard it and read it all too many times before. For about ten years now, we have been hearing the same sentences over and over from the most varied quarters. Politicians express their consternation and their sympathy.

At the same time, right-wing radicals gleefully pull out of their sleeves their ready-made messages of anti-Muslim hate and call on people to fight Islam. The actors have their scripts. They wait for their entrances. Nothing ever changes. Just like in the theatre: after the performance is before the performance. 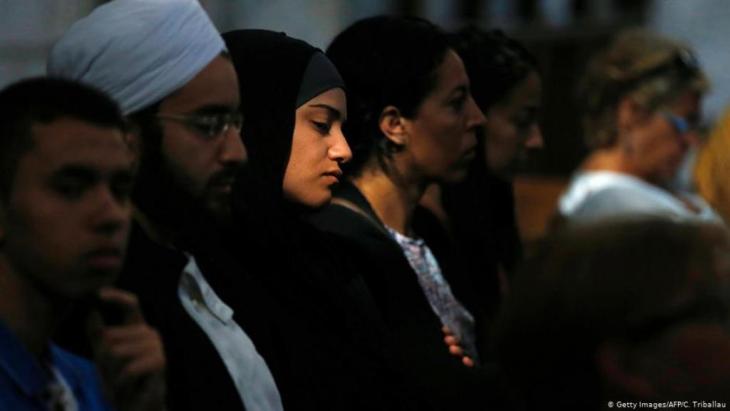 France's Muslim community has its failings: Muhammad Sameer Murtaza points to the establishment of islands of failure by replicating the social structures of their native countries, the lack of understanding for the principle of freedom of expression in the Western hemisphere that had to be fought for – in the face of both Church oppression and resistance to the Church, but also the lack of intellectual capacity to differentiate between caricatures and the Prophet Muhammad, or to respond intelligently to perceived provocations

Failings of the state and the Muslim community

The author of these lines has also written at length about the origins of this allegedly Islamic terrorism. The same applies to possible measures that can be taken to counter this form of extremism.

One could, of course, write once again about the specific problems of the French state, which make our neighbour so susceptible to this brand of terrorism: the colonial history that has never been properly addressed, the pressure to assimilate in French society and the associated anti-Muslim sentiment, France's lack of an academic tradition of Islamic theology resulting from its state principle of laicism, or the social problems and economic failings of the grande nation that have led to a ghettoisation of the suburbs.

One would, however, also have to mention in the same breath the deficits of the Muslim community in France: the establishment of islands of failure by replicating the social structures of their native countries, the lack of understanding for the principle of freedom of expression in the Western hemisphere that had to be fought for – in the face of both Church oppression and resistance to the Church, but also the lack of intellectual capacity to differentiate between caricatures and the Prophet Muhammad, or to respond intelligently to perceived provocations.

One could also point out that Germany has done many things much better than its neighbour France in terms of its policies on integration and religion and that this is why Germany doesn't have the problem of the permanent marginalisation of Muslim citizens, which fosters reactionary violence.

But numerous other writers are already doing this and, in this case too, adhering to the script. Nothing changes – except for the relatives and families of the victims. For them, nothing will ever be as it was.

Even in times of war and pandemic, refugees are still being deported to Afghanistan. Several deportation flights have taken place in recent weeks alone. Since those affected often ... END_OF_DOCUMENT_TOKEN_TO_BE_REPLACED

On 7 March, Switzerland became the latest European country to vote in favour of a so-called "burka" ban. It was yet another feather in the cap of the right-wing populist Swiss ... END_OF_DOCUMENT_TOKEN_TO_BE_REPLACED

What drives young men into the arms of Islamist extremists – and how can they be re-integrated into society? Five years after the deadly attacks in Paris, urgent questions remain ... END_OF_DOCUMENT_TOKEN_TO_BE_REPLACED

Austria's chancellor is seeking to criminalise "political Islam". The move would put non-violent, non-radical Muslims under blanket suspicion and is hardly helpful in the fight ... END_OF_DOCUMENT_TOKEN_TO_BE_REPLACED

Berlin's "House of One" project, instigated by Jews, Christians and Muslims, will finally begin to take physical shape in early 2021, following a lengthy period of preparation. ... END_OF_DOCUMENT_TOKEN_TO_BE_REPLACED

The Islamist attacks in France and Austria aim to divide European societies. The jihadists want to destroy the grey area of lived co-existence between Muslims and non-Muslims in ... END_OF_DOCUMENT_TOKEN_TO_BE_REPLACED
Author:
Muhammad Sameer Murtaza
Date:
Mail:
Send via mail

END_OF_DOCUMENT_TOKEN_TO_BE_REPLACED
Social media
and networks
Subscribe to our
newsletter