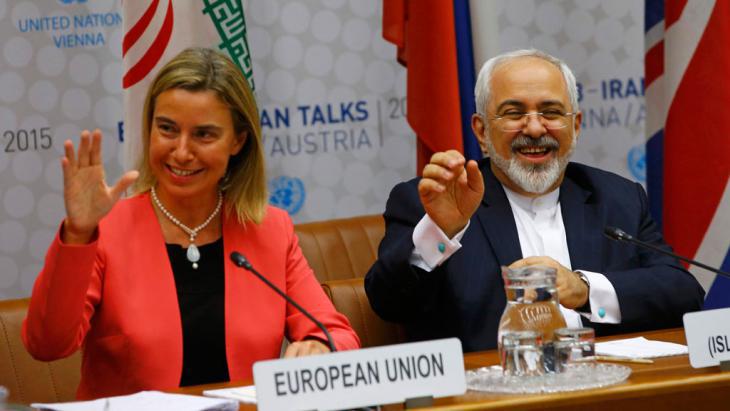 After the nuclear agreement with Iran
Where to from here?

The nuclear deal with Iran is being celebrated both in the Middle East and in the West. It has, however, many critics too. Whether the hotly anticipated agreement will have a positive or a negative effect on the region, depends on political dynamics within Iran, says Volker Perthes, who outlines two possible scenarios

After 12 years of tedious negotiations, Iran and the P5+1 countries (China, France, Russia, the United States and the United Kingdom, plus Germany) have reached a comprehensive agreement that will limit Iran's development of its nuclear capabilities to non-military objectives. In exchange for its co-operation, Iran will eventually be relieved of the punishing sanctions that the United Nations, the European Union and the US have imposed upon it for years. This is a huge diplomatic success.

Of course, the negotiations have attracted plenty of critics, including in the US Congress and Iran's parliament, as well as in Saudi Arabia, Israel and even France. But the agreement's potential benefits cannot be denied.

For starters, the deal proves that world leaders – despite being divided on a multitude of issues, such as the conflict in Ukraine and territorial disputes in the South China Sea – can still come together to resolve a shared problem. It will also make nuclear proliferation in the Middle East less likely, while strengthening the global nuclear non-proliferation regime. And it will allow for the normalisation of Iran's relations with the West.

Of course, Iran's neighbours have legitimate concerns about the impact the deal will have on the regional balance of power. As sanctions are lifted, Iran will become stronger, challenging the influence of the Gulf States. Anticipating this, these states have already sought reassurances from the US, while following a more hard-nosed policy in Yemen or Syria, where they consider themselves to be containing Iran's hegemonic ambitions.

Ultimately, however, the impact of the nuclear agreement will depend on political dynamics in Iran. Many – indeed, probably a majority – in the Iranian establishment support the resolution of the nuclear confrontation, and agree that Iran does not need to be perpetually at odds with the rest of the world. But some still view the dispute as a key component of the country's revolutionary identity. 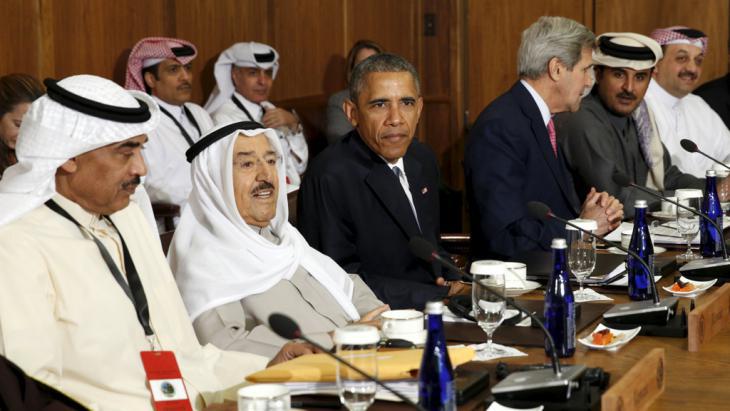 Summit in Camp David: during a summit in the US in May, representatives of the Gulf Cooperation Council voiced their concern about an impending nuclear agreement with Iran. They fear that the Islamic Republic's influence in the region will grow

Scenario 1: things go as the P5+1 and Iranian negotiators hope

This post-agreement dynamic thus could play out in two ways. In the first scenario, events unfold according to the hopes of the P5+1 and the Iranian negotiators, with the agreement amplifying the voices of those in Iran who advocate regional and international accommodation.

In this case, Iran reaches out to Saudi Arabia with a convincing indication that it does not intend to bolster its influence at the expense of the Saudis or their allies. This allows Saudi Arabia to join Iran in using its influence in Syria to bring about a ceasefire agreement between regime forces and rebels, paving the way for the formation of a credible transition government capable of pushing back the Islamic State. Likewise, Saudi Arabia and Iran bring an end to the fighting in Yemen by backing a power-sharing agreement there.

Meanwhile, relief from sanctions, together with the gradual return of international companies, kick-starts Iran's ailing economy. Increased openness towards Europe and, more cautiously, the US encourages reform-minded members of Iran's middle class to seek their future inside the country, rather than emigrating.

Finally, under this scenario, President Hassan Rouhani's strong international standing helps him to overcome conservative resistance to pursue much-needed domestic reforms. On this basis, Rouhani's coalition of reformists and pragmatists easily wins a majority when Iran's next parliament is elected in 2016, with Rouhani himself re-elected in 2017. 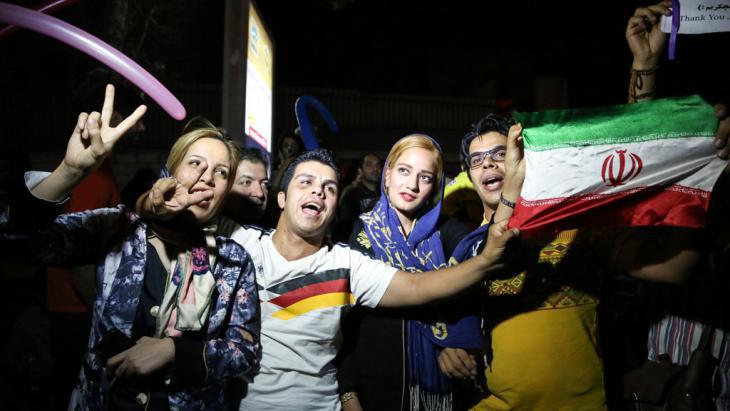 Hope that the era of crushing sanctions is coming to an end: after it was announced that an agreement had been reached in Vienna, thousands of Iranians took the streets to vent their joy. Political observers assume that the agreement will boost the Iranian economy in the long run

Scenario 2: the hardliners get the upper hand

The second scenario is far less benign. In this case, it soon becomes clear that domestic support for the nuclear agreement was broad but thin. Whereas Rouhani's reformist camp wants to improve Iran's foreign relations, the conservative and nationalist forces surrounding Supreme Leader Ayatollah Ali Khamenei view the agreement as a necessary tool to eliminate economic sanctions and strengthen Iran's conventional military capabilities.

The hard-line clerics then undermine whatever confidence Rouhani is building with Iran's neighbours by declaring repeatedly that the agreement represents an implicit acknowledgement of Iran's might by the world's major powers. This stance vindicates the sceptics, spurring Saudi Arabia to continue its efforts to build a "Sunni coalition" to contain Iranian influence and uphold the fight against what it views as Iranian proxies in countries like Syria and Yemen.

Furthermore, with regional tensions high, the economic impact of the removal of sanctions turns out to be negligible, while conservatives gain ground in resisting reform. Rouhani and his allies are unable to offer ordinary Iranians economic hope – a failure that causes them to lose both the legislative and presidential elections.

Paradoxically, in the pessimistic scenario, Iran's new government, controlled by conservatives and hardliners, actually fits into the region better than the current one. After all, Saudi Arabia, Egypt and many other Arab states are also ruled by authoritarian hardliners with little interest in de-escalating regional conflicts. This would make the resurgence of reform-oriented leadership in Iran extremely difficult.

Of course, the most likely scenario is a combination of both dynamics. But given that it is in everyone's interest to ensure that developments hew more closely to the reform-oriented path, it should be clear to all that the diplomatic work with regard to Iran is far from complete.

Since Ali Khamenei, Iran's most powerful man, has openly and unconditionally come out in support of Putin's war in Ukraine, logistical help is on its way, with an allegedly ... END_OF_DOCUMENT_TOKEN_TO_BE_REPLACED

A sci-fi film lampooning the Islamic Republic and all that its regime holds sacred premiered quietly at a nondescript venue in Los Angeles in July. The title, “Velayatnameh”, is a ... END_OF_DOCUMENT_TOKEN_TO_BE_REPLACED

The Palestinian militant organisation Hamas, with Hezbollah's help, is building up a military presence in Lebanon, the ultimate consequences of which could be devastating, writes ... END_OF_DOCUMENT_TOKEN_TO_BE_REPLACED

With his fist bump greeting for a man he previously called a pariah, US President Biden has paved the way for Saudi Crown Prince Mohammed bin Salman's return to the international ... END_OF_DOCUMENT_TOKEN_TO_BE_REPLACED

Days of protests across Iran followed the collapse of a high-rise building in the city of Abadan in May 2022. But why has the disaster become such a political issue? Rahman ... END_OF_DOCUMENT_TOKEN_TO_BE_REPLACED

Millions in Idlib depend on aid coming through a northern border crossing. On 10 July, the UN Security Council votes whether to keep it open. The decision may hinge not only on ... END_OF_DOCUMENT_TOKEN_TO_BE_REPLACED
Author:
Volker Perthes
Date:
Mail:
Send via mail

END_OF_DOCUMENT_TOKEN_TO_BE_REPLACED
Social media
and networks
Subscribe to our
newsletter