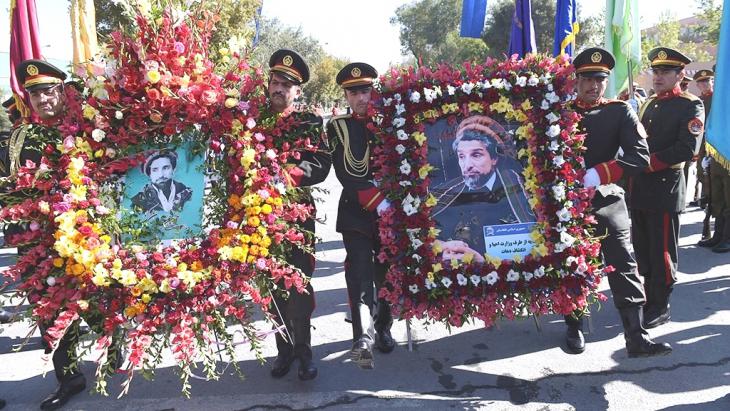 9 September marked the 15th anniversary of the death of Ahmad Shah Massoud, revered as a war hero not only in his homeland, but also in the West. This is astonishing in view of the fact that he – just like all other Afghan warlords – can justifiably be described as a war criminal. By Emran Feroz

On 9 September 2001 Massoud – celebrated leader of the Northern Alliance at the time, was murdered in the northern Afghan province of Takhar by two Arab suicide bombers disguised as journalists. To this day, Massoud – also known as the "Lion of Panjshir" – is the subject of many legends that describe him among other things as a charismatic leader and god-fearing Muslim.

The West is also responsible for declaring Massoud to be a hero of the resistance against the Soviets during the Cold War. After all he was the one able to defend his home province of Panjshir successfully for many years against the Soviets, that is, the "godless Communists". In his homeland, he was regarded as a true "mujahid", a courageous and noble warrior – just as a true Afghan should be.

Massoud's life was characterised by his rivalry with Gulbuddin Hekmatyar, one of the leading mujahideen warlords during the war against the Soviet Union as well as in the civil war that subsequently ensued. Both men knew each other from way back. During the lifetime of the first President of the Afghan Republic Mohammad Daoud Khan, Massoud, Hekmatyar and other young Afghans of their ilk were trained by the Pakistani secret service – the ISI – to conduct a coup against the president, who was striking an increasingly nationalistic tone in his interaction with Pakistan. 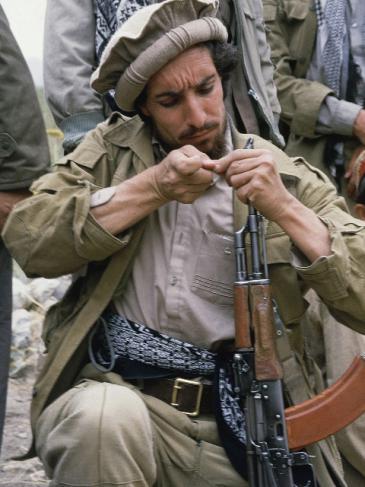 People′s hero versus the "godless Communists″: to this day Ahmad Shah Massoud is hailed by numerous Western historians as a "brilliant guerrilla tactician" comparable with the likes of Che Guevara or Ho Chi Minh. The Wall Street Journal even dedicated a front-page story to Massoud, calling him "the Afghan who won the Cold War"

But the plan failed. The President's response was harsh; he threw Massoud, Hekmatyar and other individuals involved, such as the later-to-be president and Massoud's ideological mentor, Burhanuddin Rabbani, in prison.

Massoud's rivalry with Hekmatyar would soon evolve into open hostility. This was also in the interests of the Soviets, as Hekmatyar was receiving huge support from the US and Pakistan. Massoud put himself on show for foreign camera teams from Europe and claimed he was fighting against the Red Army.

The Afghanistan veteran Yuri Korbert, who was stationed in Panjshir at the time, confirmed this during a later interview and maintained that in all those years, not one battle had taken place against Massoud. He also said that in the event of a confrontation with Massoud, it would have been no problem to vanquish him and his fighters. This would not have been surprising, said Korbert, as Massoud and his troops lacked both weapons and the logistical means to successfully and sustainably hold their own against the Red Army.

Nonetheless, the commander from Panjshir is hailed by numerous Western historians as a "brilliant guerrilla tactician" comparable with the likes of Che Guevara or Ho Chi Minh. The Wall Street Journal even dedicated a front-page story to Massoud, calling him "the Afghan who won the Cold War". The American journalist Eric Margolis on the other hand claims in his book "American Raj, liberation or domination, resolving the conflict between the West and the Muslim world", that Massoud wanted to convince the government in Moscow to topple Mohammad Najibullah, Afghanistan′s president at the time, just so that he could fill his shoes.

In 1993, four years after the Soviet withdrawal from Afghanistan, a massacre was carried out in the Kabul district of Afshar mainly targeting members of the Hazara, a Shia minority group.  The main drivers of this massacre were the then prime minister, Burhanuddin Rabbani, the warlord Abdul Rasul Sayyaf and Ahmad Shah Massoud, who was defence minister at the time. Some 750 people were killed or kidnapped. Massoud's soldiers were also involved in murders, looting and rape.

But in the recollections of Massoud's supporters, the atrocities of his militia play only a subordinate role. He is also credited with setting up an alliance against the Taliban in the mid-1990s, when the movement brought most of Afghanistan under its control – and when most governments, including those in the West, tolerated Taliban rule. 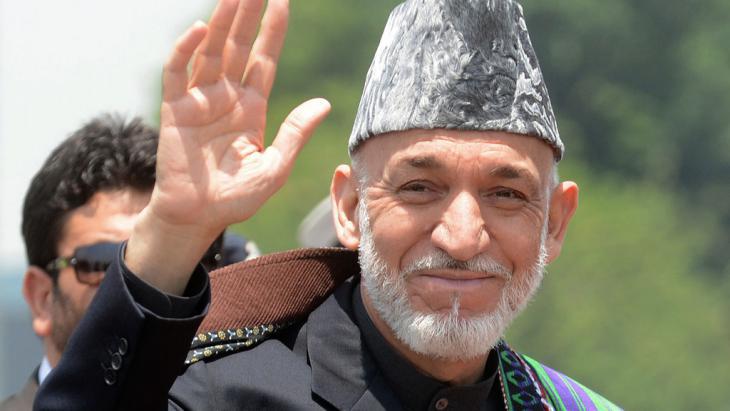 Of dubious merit: in 2001, Hamid Karzai officially declared Massoud to be a "hero of the Afghan nation". In 2002, France nominated him for the Nobel Peace Prize. This is astonishing, in view of the fact that he – just like all the other Afghan warlords – can justifiably be described as a war criminal

But in the course of the fight against the Taliban, Massoud's links to the Russians became apparent yet again. His biggest sponsors included not only Iran, but also the government in Moscow.

Some people still maintain that Massoud's death, shortly before the 9/11 attacks, cannot have been a coincidence. Massoud had long been warning the West about al-Qaida and its syndicates. The nationalistically-minded warlord would not have tolerated a US invasion of Afghanistan. Yet it was not only the US that profited from the death of Massoud, but also the warlords from his closest circle. These had all sealed an alliance with NATO in the fight against the Taliban and consolidated their positions of power.

To this day, most of them occupy positions in the country′s government, military and intelligence service. The best-known is probably Abdullah Abdullah, Afghanistan's current head of government (CEO). In his speech this year marking the Massoud memorial day, Abdullah again talked about the moral legacy of his former commander. As per usual, no mention was made either of the bloody massacre of Afshar or of other dark episodes in the life of the Afghan national hero.

In 2001, Hamid Karzai officially declared Massoud to be a "hero of the Afghan nation". In 2002, France nominated him for the Nobel Peace Prize. This is astonishing, in view of the fact that he – just like all the other Afghan warlords – can justifiably be described as a war criminal.

Home
Print
Newsletter
More on this topic
Fighting the Taliban in Afghanistan: Where the warlords still hold swayNATO in Afghanistan: Hopes of withdrawal fadeAfghanistan after Hamid Karzai: Facing an uncertain future
Related Topics
Hamid Karsai, History of the Near and Middle East, Shia Islam | Shiite Muslims, Taliban
All Topics

One year ago the Taliban returned to power, seizing Kabul; the U.S. and its allies made a panicked exit from the country. Of all the books written on the subject, four stand out ... END_OF_DOCUMENT_TOKEN_TO_BE_REPLACED

Jonas Poher Rasmussen's Oscar-nominated animated documentary “Flee” focuses on the life of a refugee from Afghanistan. Based on a true story, it centres around the question: when ... END_OF_DOCUMENT_TOKEN_TO_BE_REPLACED

The Biden administration could have used Pakistan’s economic crisis to compel the country to sever its longstanding ties to terrorist groups. Instead, the U.S. protects and ... END_OF_DOCUMENT_TOKEN_TO_BE_REPLACED

No country in the Islamic world is influenced as strongly by the traditions of Sufi culture as Pakistan. Yet the Sufis there have been under attack from Islamic hardliners for ... END_OF_DOCUMENT_TOKEN_TO_BE_REPLACED

On 15 August 2021 the Taliban overthrew the government in Afghanistan and seized power. One year later, the country is facing multiple challenges that demand immediate global ... END_OF_DOCUMENT_TOKEN_TO_BE_REPLACED

Salman Rushdie's "Shalimar the Clown" is a furious tale about a lost paradise. In this interview with Lewis Gropp, Salman Rushdie talks about how the Indian army and militant ... END_OF_DOCUMENT_TOKEN_TO_BE_REPLACED
Author:
Emran Feroz
Date:
Mail:
Send via mail

END_OF_DOCUMENT_TOKEN_TO_BE_REPLACED
Social media
and networks
Subscribe to our
newsletter