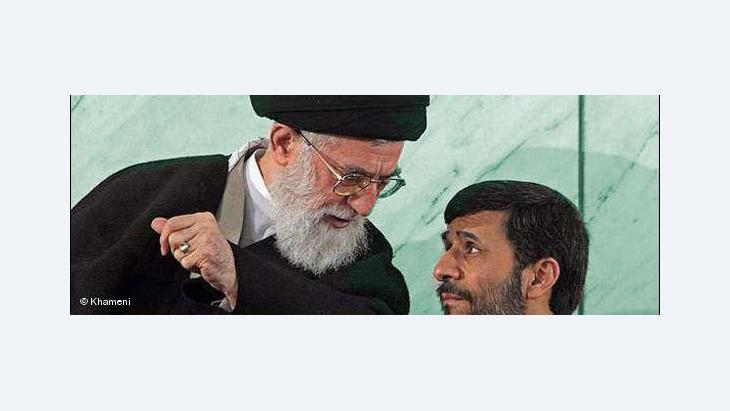 The Ayatollah and the Witches

Mahmoud Ahmadinejad has now made the mistake that all Iranian presidents make: he has challenged the authority of the country's supreme leader, Ayatollah Ali Khamenei. According to Mehdi Khalaji, he cannot but fail

The challenge posed by Ahmadinejad is such a predictable part of Iranian politics that it has come to be known as "the president's symptom". It emerges from a president's confidence that, as a popularly elected leader, he should not be constrained by the supreme leader's oversight. But the Islamic Republic's history is littered with its presidents' failed attempts to consolidate an independent power centre. Ultimately, divine authority trumps political authority.

This dual authority is embedded in the Islamic Republic's constitution and inevitably tilts toward the divine, particularly in a president's second term. Ahmadinejad is not an exception to this rule. In fact, because he has pushed harder than his predecessors, his star is falling faster. Moreover, the controversial presidential election of June 2009 and the political crisis that ensued irreparably damaged Ahmadinejad's democratic legitimacy. 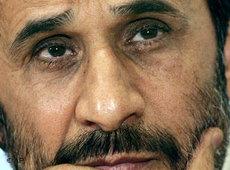 History repeating: like every one of his predecessors, President Ahmadinejad's confidence has grown to such an extent in his second term that he is openly challenging the authority of the country's supreme leader. Mehdi Khalaji is convinced that in this enterprise, Ahmadinejad is doomed to failure

​​Khamenei was forced to use his authority to support the president and has since repeatedly condemned the Green Movement that opposed Ahmadinejad's re-election. As a result, Ahmadinejad has been the most costly president for Khamenei to date, because he forced the supreme leader to deplete his power in the face of a common enemy – a move that called into question his own judgment and tarnished his reputation.

Ahmadinejad himself, however, has generally ignored the post-election crisis in his public statements and evidently believed that Khamenei's post-election support meant that the supreme leader would remain passive in the face of encroachments on his traditional powers and prerogatives. Indeed, for the last two years, Ahmadinejad has repeatedly undermined parliament and abruptly dismissed ministers tied to Khamenei, like Foreign Minister Manouchehr Mottaki and Intelligence Minister Heydar Moslehi.

Since becoming supreme leader 22 years ago, Khamenei has been relatively weak, but has adapted by seeking to encourage weakness in the Islamic Republic's other high offices. He has supported factionalisation in the government and, when necessary, has weakened factions that he previously supported. Most importantly, he has ensured that Iran's presidents remain weak, regardless of their agenda or popularity. 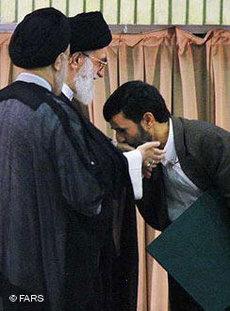 The gloves are off: according to Mehdi Khalaji, Ayatollah Ali Khamenei is not taking this challenge lying down and in the run-up to the elections in 2012 and 2013 has given official propagandists the green light to attack Ahmadinejad and his cronies

​​So now that the threat posed by the Green Movement has diminished – at least in Khamenei's eyes – the time has come to call Ahmadinejad to account. Both men are hard at work preparing for the March 2012 parliamentary election and the 2013 presidential election, and Khamenei has taken off the gloves.

He has given official propagandists the green light to attack Ahmadinejad and his cronies explicitly, portraying them as people who do not believe in the principle of the guardianship of the Shia jurist, the key concept bequeathed by the Islamic Republic's founder, Grand Ayatollah Ruhollah Khomeini.

In the grip of superstition

According to the official view of things, Ahmadinejad and his circle lack rationality and wisdom; indeed, they are said to be in the grip of superstition. There are even rumours that some of them have resorted to witchcraft to summon spirits from beyond the grave, and that Ahmadinejad has had direct contact with the hidden Imam (the Shia messiah).

Likewise, the judiciary, under Khamenei's control, has accused the vice president, Mohammad Reza Rahimi, of leading an economic mafia, and many of Ahmadinejad's allies have been arrested or are under investigation.

It is likely that the Guardian Council, which can veto legislation and bar candidates from standing in elections, will use its power to shift the balance in favour of Ahmadinejad's conservative critics. The anti-Ahmadinejad camp's leaders, the brothers Ali and Sadeq Larijani, who head the parliament and judiciary respectively, will help Khamenei to push the president from the centre of power. 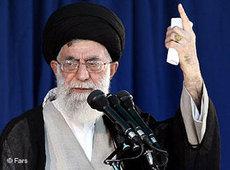 Divide and conquer: Khalaji feels that after Ahmadinejad's decline, the Ayatollah is likely to create a new faction to compete with traditional conservatives and select a new face for the next presidential election

​​But since Khamenei cannot accept a single, united political faction, it is extremely unlikely that he will let the Larijani camp (which includes Tehran Mayor Mohammad Baqer Qalibaf and former Foreign Minister Ali Akbar Velayati) become powerful enough to win the next presidential election.

It is likely that Khamenei will create a new faction to compete with traditional conservatives after Ahmadinejad's decline. This might force him to pick a new face for the next presidential election, someone with little domestic policy experience and little influence on ordinary people's lives. One possible candidate is Said Jalili, Iran's current nuclear negotiator, or someone like him. Only those with a strong background in intelligence or the Revolutionary Guards and a low profile in domestic politics need apply.

Having full control over the judiciary, the intelligence apparatus and the military makes Khamenei seem invincible against all political factions or elected officials. This will lead the regime down an increasingly autocratic path, applying more aggression at home and defying the West with greater self-confidence.

But the concentration of power in the supreme leader's hands poses risks for the Islamic Republic. When Khamenei dies, there is no strong and obvious successor. And, since he has systematically weakened Iran's political institutions so that the Islamic Republic itself has come to be identified with his person, his absence will create a vacuum. His strength today foreshadows greater uncertainty in Iran's future.

Beyond the latest crisis with Iran, current U.S. Middle East policy is nothing if not chaotic. Many fear that the Trumpian approach could irreparably damage future U.S. ... END_OF_DOCUMENT_TOKEN_TO_BE_REPLACED

Behind a suffocating political system and inquisitive cliches, Iranian youth dream of a break with the system while proudly defending their culture. ... END_OF_DOCUMENT_TOKEN_TO_BE_REPLACED

Looking outwards with the knowledge from within: a conversation with the Iraqi writer Sinan Antoon on the future of his homeland. Interview by Lena Bopp END_OF_DOCUMENT_TOKEN_TO_BE_REPLACED

The Iranian people are being held hostage by the confrontation between America and the regime in Tehran. Stefan Buchen considers in his essay whether the country's culture can ... END_OF_DOCUMENT_TOKEN_TO_BE_REPLACED

With "The Enlightenment of the Greengage Tree", Shokoofeh Azar has created a beautiful, sad fable set in a horrible reality. While there are moments of hope to be found in the ... END_OF_DOCUMENT_TOKEN_TO_BE_REPLACED

From the Kingdom of Elam to Alexander the Great, to the Shah dynasties and the Islamic Republic, Iran's cultural sites reflect its long history. ... END_OF_DOCUMENT_TOKEN_TO_BE_REPLACED
Author:
Mehdi Khalaji
Date:
Mail:
Send via mail