Al Mutanabbi Street is one of the oldest and best known streets in the Iraqi capital Baghdad, viewed as a seismograph of the state of Iraqi culture over the course of the centuries. The history of the street goes back to the time of the Abbasids. It was the site of the first book traders' market in the metropolis that was Baghdad. With its almost inexhaustible supply of books, Al Mutanabbi Street served as a contemporary witness to the political and cultural changes taking place in Mesopotamia. While in the 1950s, most of the books available were Marxist writings, these were later replaced by nationalistic Pan-Arabic works. For more than 30 years, traders were only allowed to sell books that glorified the Ba'ath ideology and later Saddam Hussein. All photos by Munaf al-Saidy 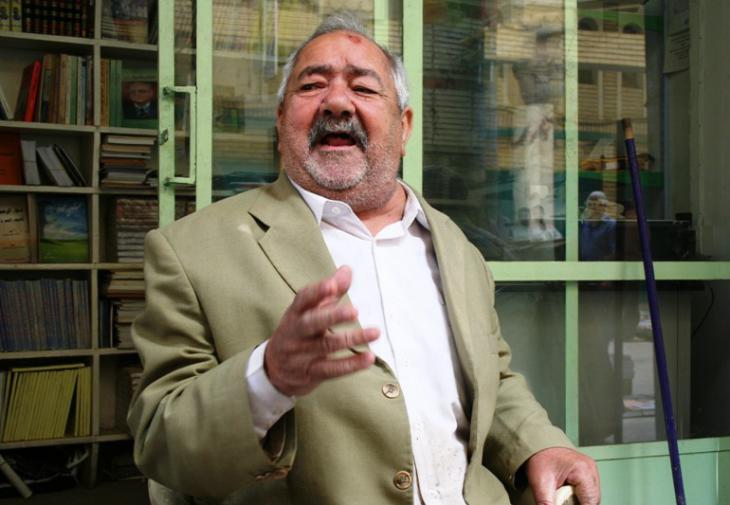 Naim Al-Shattri is an Iraqi intellectual and owner of one of the oldest bookshops on Al Mutanabbi Street. He worked in his father's shop as a boy, and can be found at the weekly book market every Friday 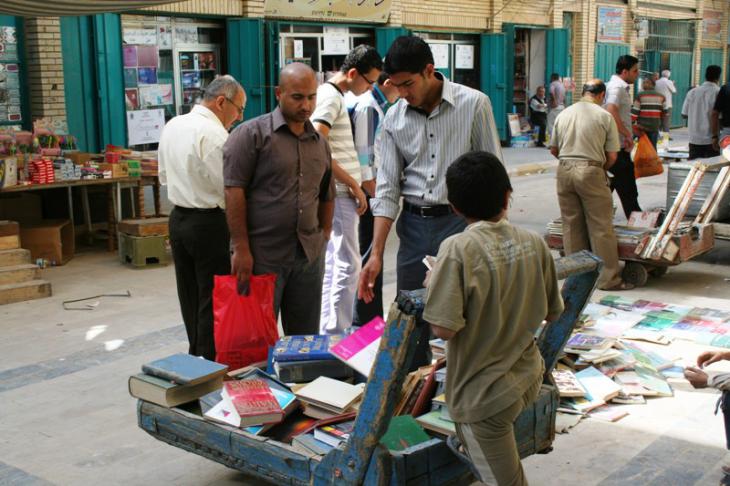 Every Friday, traders invite people to take look at the kind of books that were forbidden for 30 years by the Ba'athist regime 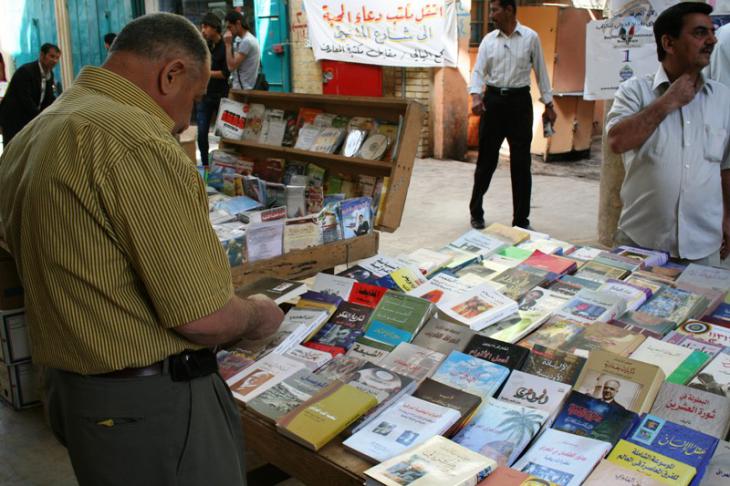 Al Mutanabbi Street flourished again after the toppling of the Ba'athist regime in 2003. New books can be found in every corner – not just critical appraisals of the Ba'ath era, but also works by Iraqi writers 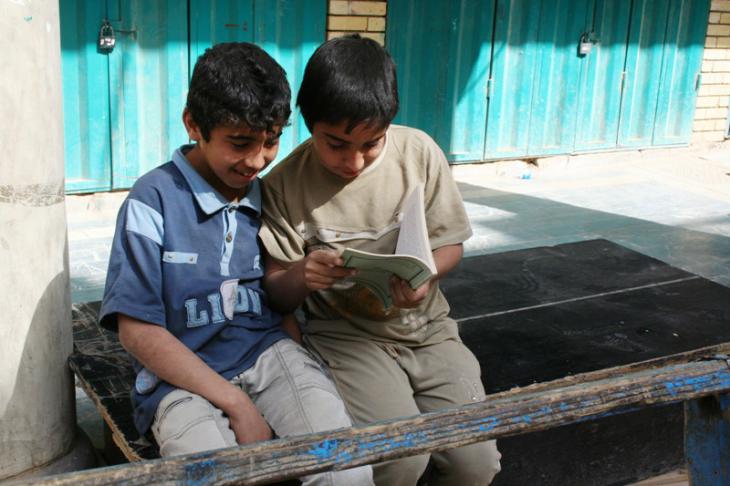 Many Baghdad residents have childhood memories of Al Mutanabbi Street. This is because it's also home to the largest market for school-related goods in Iraq 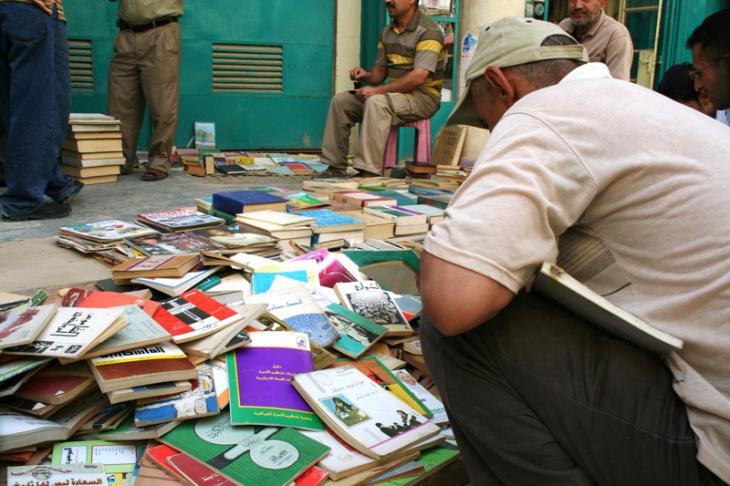 The books on offer reflect the diversity of the Iraqi population itself: books about literature in Iraq and the Middle East, history, political theory, religious treatises, technical books, children's books and comics 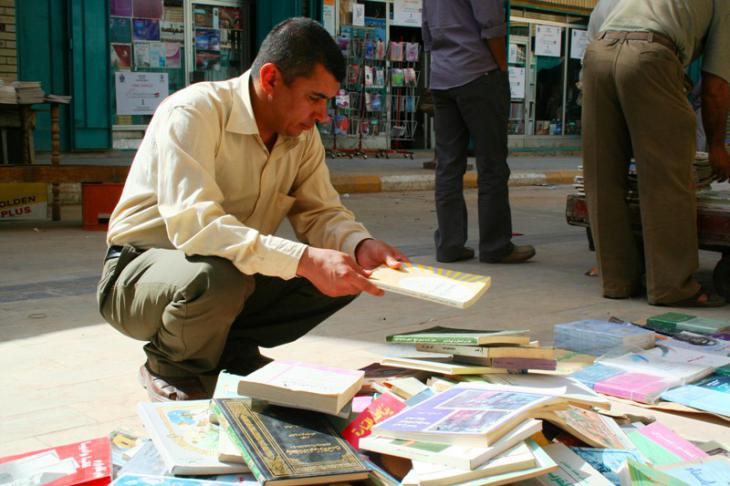 the times are a changing - and so are the books: In the 1960s and early 1970s, Al Mutanabbi Street was the stage for political conflict between various forces, primarily between Communists and Pan-Arabists 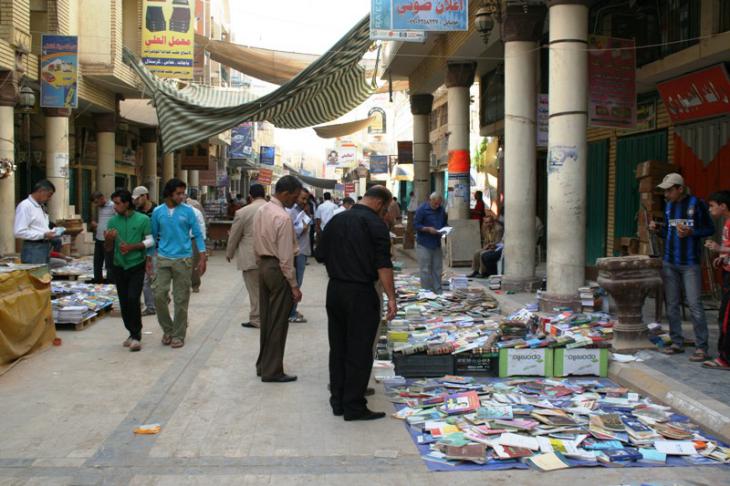 The rise of religious parties in the political life of the new Iraq has led to a new dominance of religious works. Forbidden for decades, they now replace writings that espoused the Ba'ath ideology 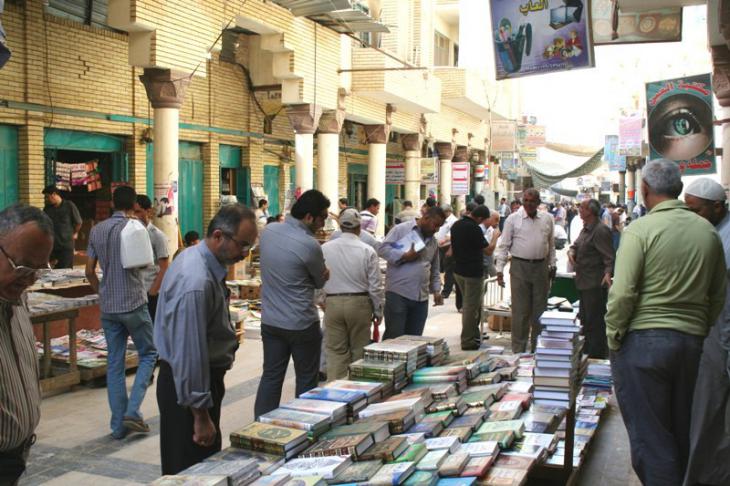 A car bomb exploded here on 5 March 2007, at a time when security was fragile in the new Iraq. Forty people died in the attack, the street was later rebuilt

END_OF_DOCUMENT_TOKEN_TO_BE_REPLACED
Social media
and networks
Subscribe to our
newsletter