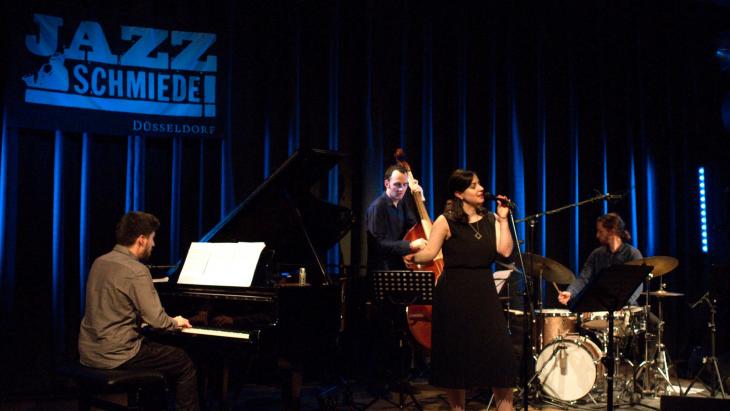 The magic of the Laz

Many of us know the story of the Golden Fleece. The setting of the ancient tale was Colchis, a region in present-day north-eastern Turkey and western Georgia. It is still populated today by the descendants of the Colchians, the Laz and their northern relatives, the Mingrelians.

Early sources testify that the Laz were a singing and dancing people, reflected to this day in their folk songs and the Horon circle dance. Now, Laz musical culture is making its way into jazz – and itʹs all down to a young singer by the name of Ayca Mirac.

"I was born and raised in Germany, and it was very important to my parents that I learned good German. I always heard Laz when my mother was with her Laz friends and relatives, though. And I always listened to a lot of Laz music through my mother and her friends. But it took a long time before I could let it flow into my own music, even though that was always what I wanted."

Laz is one of the Caucasian languages and the minorityʹs culture has always been passed on orally; it only recently developed its own alphabet. A lot has been lost over centuries of constant oppression – but the traditional, often polyphonic melodies have survived to pass on the Laz heritage, always mutually influenced by contact with the Greek, Persian and Turkish cultures. 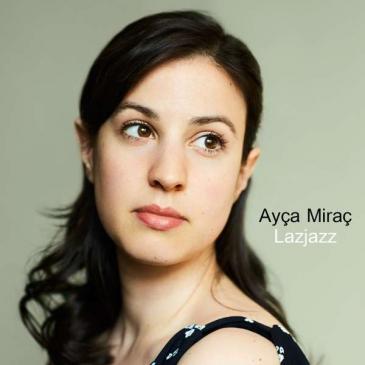 Laz at heart: Miracʹs enthusiasm for Laz music dates back to the hits of singer Kazim Koyuncu, who died in 2005. The albumʹs most upbeat track and one of the best-known Laz melodies – "Avlaskani cuneli" – is dedicated to him. And itʹs here that this apparently archaic music suddenly comes right up to date. "Itʹs remarkable," says Ayca Mirac, "that the subject of rural flight and migration, still so relevant today, shines through between the lines"

Ayca Mirac has other musical nutrients to draw on, too. While her mother worked in the European Lazebura cultural association to preserve the endangered Laz language and culture, her father was devoted to Turkish literature. He is the writer Yasar Mirac, a friend of many Turkish musicians who are fond of setting his poems to music.

Summers spent on the Bosporus left their mark on Ayca, as did her piano sessions with her father. "When I was little, he used to improvise on our piano and think up very free stories for my brother and me. So spontaneously developing rhythms and sounds has always been something very natural for me."

By the time Ayca Mirac began studying jazz in the Netherlands, she already had a wide-ranging musical background, from pop and R&B through her Caucasian and Turkish heritage to classical music.

What she wanted at that point was to develop her own voice. Winning a scholarship in the States, she attended a masterclass at New York Voices and met Wayne Shorter, who gave her a piece of advice: "Donʹt be afraid of your own potential."

Back in Germany, Mirac plumbed that potential with her fellow student, the bassist Philipp Großendorf. The two were soon joined by the Brazilian pianist Henrique Gomide and drummer Marcus Rieck. The quartet set about realising Miracʹs vision – a liaison of Laz, Turkish and jazz sounds.

"It wasnʹt that easy, because the Laz speech melody canʹt be changed much," she explains. "English is more flexible, for example. Another difficulty was that we wanted to somehow adopt the original polyphony with the band but not simply copy it." Violinist Daphne Oltheten, trained in early music, now creates that multi-voiced structure while pianist Bernhard Schuler, the quartetʹs second guest musician, provides a lyrical flow.

The result is out now on Ayca Miracʹs debut album. "Lazjazz" is its title, and it transports its listeners into a world between ancient melodies, spellbinding dance rhythms and intimate jazz, also including classical elements. The opening track "E Asiye" is almost magical, a song about an unhappy love affair. "I think that effect has to do with the song being so old," Mirac says. "In modern folk songs, the root of the song often takes first or second place, but thatʹs very different in ʹE Asiyeʹ. You feel like the melody is floating above the chords and only unites with the root at the very end."

For the ancient Greeks, the Colchians were always a mysterious people. Mirac is convinced something of that magical aura of the Laz and Mingrelians has remained alive in their music and language. You get a sense of it in the tender and yet secretive lullaby "Vengaara" too.

Beyond the Caucasus, the range on "Lazjazz" also takes in Miracʹs favourite pianist Bill Evans and a ballad from Musica Popular Brasileira. Things get personal with an evergreen from an Istanbul neighbourhood. For the singer, "Uskudarʹa Giderken" conjures up memories of her summers in the city – and the quartetʹs version lends the favourite Turkish tune an international touch with the insertion of a Sephardic melody and a Maculele rhythm from Brazil.

The most upbeat track, and certainly also that with the greatest influence from Miracʹs family heritage, is "Avlaskani Cuneli", one of the best-known Laz melodies. The song is dedicated to the singer Kazim Koyuncu, who died in 2005, because a lot of Miracʹs enthusiasm for Laz music dates back to his hits. And itʹs here that this apparently archaic music suddenly comes right up to date. "Itʹs remarkable," says Ayca Mirac, "that the subject of rural flight and migration, still so relevant today, shines through between the lines.”

The balance of power on Europe's eastern borders is shifting. Georgian historian Beka Kobakhidze speaks from Tbilisi about rivalry and emerging alliances in the region, an ... END_OF_DOCUMENT_TOKEN_TO_BE_REPLACED

Berlin's "House of One" project, instigated by Jews, Christians and Muslims, will finally begin to take physical shape in early 2021, following a lengthy period of preparation. ... END_OF_DOCUMENT_TOKEN_TO_BE_REPLACED 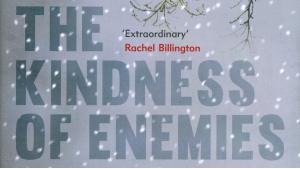 Book review: "The Kindness of Enemies" by Leila Aboulela

Crises of identity and loyalty from Scotland to the Caucasus

In her engrossing fourth novel, "The Kindness of Enemies", the Sudanese-British writer Leila Aboulela tackles themes of identity, jihad and Sufism. She does so through two ... END_OF_DOCUMENT_TOKEN_TO_BE_REPLACED
Author:
Stefan Franzen
Date:
Mail:
Send via mail

END_OF_DOCUMENT_TOKEN_TO_BE_REPLACED
Social media
and networks
Subscribe to our
newsletter