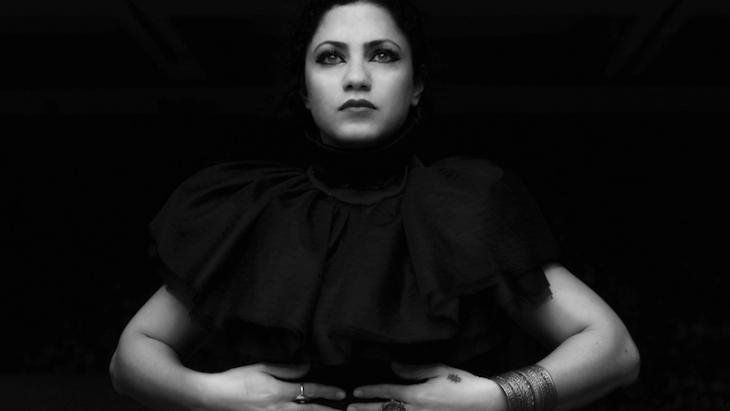 Tunisian singer-songwriter Emel Mathlouthi first shot to fame with her hit "Kelmtil Horra", which was adopted as the unofficial anthem of the Arab Spring. With her latest offering, ″Ensen″, Emel has produced the perfect album for our times. By Richard Marcus

Ensen, the new album by Tunisian singer/songwriter Emel on Partisan Records might take some people by surprise. Those familiar with the orchestrated versions of her famous "Kelmti Horra" (My Word is Free) or her acoustic performances in the film ′No Land′s Song′ might be taken aback by the work on this disc. However, once you start listening, you′ll realise the music might not be what you′re used to from this artist, but the passion, intensity and integrity are still there.

While her music and songs continue to reflect circumstances around her, she has broadened her scope and works to express universal feelings. Towards that end the album was recorded in seven countries on three different continents. Emel and her production team have created a wonderfully textured and layered background of sounds for her remarkable voice to work with.

From electronic loops and effects to hand drums, organs, acoustic guitars and piano, the music builds and crescendos in sympathy with the emotional depths of her voice. At times the combination is difficult to listen to, but only because she′s expressing emotional truths about the world that aren′t always easy to hear.

"Lost", the fifth song on the recording, stands out. It opens with Emel′s voice simply singing "I′m lost" over a slowly building musical introduction. As the song progresses the music and the voice grow more intense, with a type of tension building that begins to gnaw at our own awareness, making us feel the anxiety and perplexity of the singer. 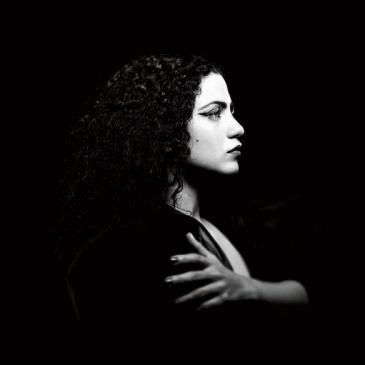 The first single off the album, "Ensen Dhaif" (Human, Helpless Human), was named as "best new track" by Pitchfork on 16 February 2017. As Mathlouthi explains, the song is dedicated to the "people that have to carry the weight and all the struggles, so that a very small percentage can enjoy the power"

Through the combination of the atmosphere created by the music and her plaintive repetitions of the opening expression of "I′m lost", Emel manages to convey the hopeless feeling anyone of us could have when looking at the world in its present state.

On the album′s seventh song, "Princess Melancholy", we hear a wonderful example of how to properly combine electronic effects and a voice of incredible power and clarity. Too often the voice is either pitched too far forward into the mix and sounds out of place, or the reverse happens and is simply drowned out by noise.

Here Emel′s voice soars in and out of the music like another instrument – we hear her lyrics and then we hear her voice working in beautiful interplay with the wash of sound accompanying her.

Something to genuinely appreciate about the overall production on the album is how Emel′s voice is pretty much left alone. There has been little or no attempt to over-manipulate or over-produce the sounds she′s able to create.

Unlike so many other recordings of this type, the music works mainly as the frame to display her voice. It augments the message rather than becoming the message itself.

The title track, "Ensen Dhaif", the disc′s second, is a wonderful example of this type of production work. Using mainly traditional instruments – a three-stringed Tunisian bass called a gumbri used primarily in Gnawa music, a Tunisian flute called a zukra, North African frame drums called bendirs and grounding it all with a heavy kick drum – they have created a background which is both pulsating and compelling.

We are driven by the music to hear Emel′s voice. This is especially important since the message the lyrics convey, sung in Arabic, calls on people to rise up in the face of deep-seated injustice. In "Laymen", the song directly following after "Ensen Dhaif" we hear much the same thing. Percussion is again at the forefront of the instrument mix as Emel′s singing, including loops of herself singing harmony, rises and falls above it.

Emel also goes beyond the literal to deal with abstract, almost existential issues of self and identity in an increasing confusing world. She describes the seventh song on the disc, "Thamlaton" (Drunkenness) as contemporary abstract prose conveying the inner anarchy which occurs as we try to deal with these issues. Not being able to understand the lyrics won′t prevent anyone from appreciating this song, working as it does as a kind of tonal poem, where everything comes together to suggest these feelings.

Upon first listening to Ensen, I was forcibly reminded of the work of the modern Canadian First Nations musicians A Tribe Called Red and Tanya Tagak. Both combine traditional music from their cultures with modern electronics to create music that is both socially and politically powerful in its delivery and message.

Emel′s music has the same potent mix of sophistication and traditionalism. Combined with her amazing voice and its ability to express an incredible range of emotion, this makes for an album of music which will leave you both breathless and amazed. It might not be an easy album to listen to, but it is the perfect album for our times.

Plans for Neom, the futuristic ecocity in Saudi Arabia's desert, are taking shape. In the form of a straight line, for nine million inhabitants. Merely a pipe-dream? Commentary by ... END_OF_DOCUMENT_TOKEN_TO_BE_REPLACED

It is possible to write about the Holocaust and the crimes of colonial powers without downplaying anything. In her latest book, Charlotte Wiedemann focuses on the numerous blind ... END_OF_DOCUMENT_TOKEN_TO_BE_REPLACED

Internet giant Google is creating a "cloud region" in Saudi Arabia. It says it will protect users there. But digital rights activists say the firm will be putting the lives of ... END_OF_DOCUMENT_TOKEN_TO_BE_REPLACED

This year Annemarie Schimmel, the great German scholar of Islamic studies, would have turned 100. Unique within the German and international academic community of her time, ... END_OF_DOCUMENT_TOKEN_TO_BE_REPLACED

In this essay, renowned Lebanese journalist and writer Hazem Saghieh asks whether the Arab Levant, which stretches from Iraq in the east to Egypt in the west, will remain an ... END_OF_DOCUMENT_TOKEN_TO_BE_REPLACED
Author:
Richard Marcus
Date:
Mail:
Send via mail

END_OF_DOCUMENT_TOKEN_TO_BE_REPLACED
Social media
and networks
Subscribe to our
newsletter