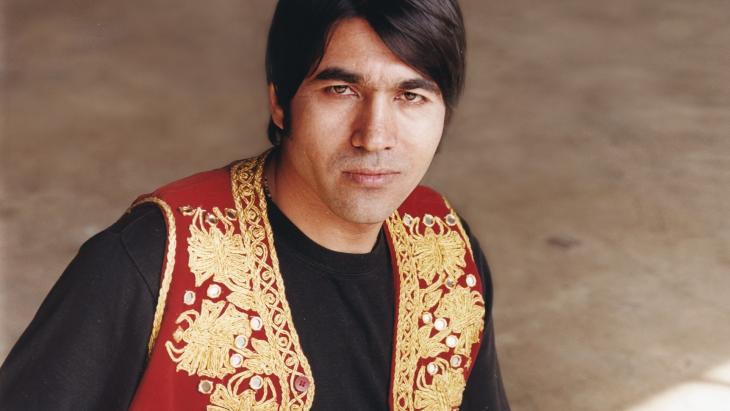 Despite the beauty of Afghan rubab music, it is not well known outside the country and, according to Richard Marcus, infrequently heard inside Afghanistan too. On his new album, "Mountain Melodies", the Afghan-born rubab player Quraishi shares the austere beauty and intricacy of this music and demonstrates his virtuosity

While I do my best not to judge other people's cultural traditions, there are some things I just can't get my head around, such as discrimination against anyone for whatever reason and the banning of specific art forms.

Recently we've seen attacks on musicians in various parts of the world by fanatics who follow a very narrow interpretation of Islam. Pakistan, the North Sahara and Afghanistan have all seen musicians having their equipment stolen or being threatened, kidnapped or even murdered. While the situation in Mali is safer now the war is over, musicians in Pakistan are still at risk.

However, while music is still being played in both places, in Afghanistan the wear and tear of nearly 30 years of war and the Taliban's oppressive rule have all but eliminated this very unique part of the country's cultural heritage.

Thankfully there are some expatriate Afghans who are working to maintain their people's musical heritage. One such man is Quraishi, and his new release, "Mountain Melodies", on the Evergreene Music label is a wonderful example of the beauty and intricacy of the music of his native country.

Born in Kabul into a family of musicians and instrument-makers, he learned the music and traditions of Afghanistan's various ethnic groups including the Pashtun, Uzbek and Tajik. His first rubab, the Afghan version of the double chambered lute type instrument played from Iran to India, was built for him by his father, which makes it only fitting that he has dedicated this CD to him.

Blend of the original and the traditional 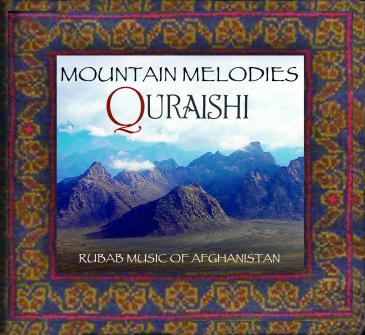 "You can imagine hearing this music played in isolated mountain villages or desert camps," writes Richard Marcus. "As played by Quraishi, it becomes more than just music, it's an expression of the country's unique and complex identity."

The nine tracks included on "Mountain Melodies" are a mixture of original and traditional songs, including one track, "Wardagi", that combines the melodies of three traditional folk songs Quraishi's father sang to him. Each of the songs shows off not only the unique sound of the rubab, but how Afghanistan's geographical location shaped its music.

Situated not only on the former Silk Road – the great overland trade route which used to link the East and West – but adjacent to India and Persia, its music absorbed influences from as far afield as China and as close to home as Northern India.

Unique to the rubab among many of the regions two chambered plucked instruments is the fact it has incorporated the sympathetic strings of Indian instruments like the sitar. While its three melodic strings have a deeper sound than others of the type, the sympathetic strings allow it to have a far greater harmonic range. Skilled players are able to augment the basic arrangements by either directly strumming the secondary set of strings or allowing them to ring out in "sympathy" with the melody strings through the instrument's vibrations. Listening to the music on this album,  you hear examples of how Quraishi utilises both techniques to make his one instrument sound like many.

Similar to the traditional music of other countries in the region, Afghan music is a mixture of improvisation and set melodic patterns, known as ragas. Each piece begins with an improvised introduction which then leads into one of the different styles of raga. However, unlike the more formal rules applying to improvisation in classical Southern Indian music, judging by Quraishi's performance, the Afghan style allows the performer a great deal more latitude. There are times when he takes off on flights of fancy that have a jazz-like feel to them.

Saying that, I have to confess the comparison might simply be a case of my attempting to put his music into a context I'm familiar with. I'm limited by my lack of ability to appreciate the nuances and intricacies of the various ragas and can only wonder at Quraishi's virtuosity and obvious talent.

Listening to the amazing range of sounds and complex rhythmic patterns he's able to produce using what, to Western eyes, is a deceptively primitive instrument, is astounding. Accompanied only by a percussionist on each track (Chatam Sahmi: tabla and dhol, Salim Khan: tabla or Heywad tabla), each song is a remarkable journey into a new world of music.

While the previously mentioned outside influences can be heard in most songs, it is obvious the music is strongly connected to the Afghan land itself. The austere but beautiful sound is a reflection of the mountains and deserts of the country. You can imagine hearing this music played in isolated mountain villages or desert camps. It's easy to imagine its echoes resounding off rocky cliff faces or being borne by the wind across miles of sand to be heard not only by the people but the land itself. As played by Quraishi, it becomes more than just music, it's an  expression of the country's unique and complex identity.

Down through the centuries, music has been used to do everything from praise the Divine to give a people and its culture a voice. Each geographical region has its own dialects and vocabulary, which someone from outside its borders might not be able to understand completely. However, the honest expression of emotion knows no barriers and even if we can't understand the specifics of what's being said, we can appreciate the sentiments and the passion that inspired them.

"Mountain Melodies" lends a voice to a land and a people who have been silenced for too long by war and oppressive regimes. It allows us to create a different view of Afghanistan than the one that is constantly in our newspapers' headlines. You might not learn anything specific about the country, but you will definitely learn that there is more to Afghanistan than you've been led to believe.

The only disquieting note is the realisation of how infrequently this music is now heard in its homeland. Taking away a people's voice is tantamount to destroying their unique identity in the world. Even though he no longer lives in the country where he was born, Quraishi is doing his best to keep the voice of Afghanistan alive.

Rumi's poems, though generally stripped of their Islamic symbolism, are hugely popular around the world. Yet Islamic mysticism is still very much at the heart of these verses. ... END_OF_DOCUMENT_TOKEN_TO_BE_REPLACED

Very different Western reactions to the suffering in Ukraine and the Arab world show that there is a profound rift among cultures. Essay by Michael Young END_OF_DOCUMENT_TOKEN_TO_BE_REPLACED

The documentary "Nadia" tells the incredible story of Nadia Nadim, who was forced to flee from the Taliban as a child and became a football star. By Annabelle Steffes-Halmer END_OF_DOCUMENT_TOKEN_TO_BE_REPLACED

Three award-winning female directors appeal to the international film industry to save Afghan cinema. Supporting women filmmakers is more important than ever. By Christine Lehnen END_OF_DOCUMENT_TOKEN_TO_BE_REPLACED

Russia's ranking on the World Press Freedom Index has fallen again over the Kremlin's wartime censorship of the Ukraine conflict. From Myanmar to Mexico, journalists continue to ... END_OF_DOCUMENT_TOKEN_TO_BE_REPLACED
Author:
Richard Marcus
Date:
Mail:
Send via mail

END_OF_DOCUMENT_TOKEN_TO_BE_REPLACED
Social media
and networks
Subscribe to our
newsletter