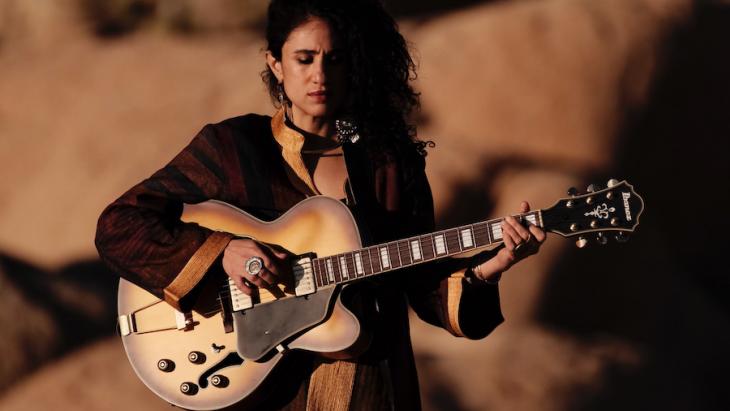 "Siphr", Naima Shalhoub's first studio album, is a reflection of both the musician's Lebanese background and her commitment to social justice. While each song is a compelling mixture of musical and lyrical influences from both her American home and her Middle Eastern heritage, the album is deeply rooted in the philosophy of numbers and their symbolic and literal meanings. By Richard Marcus

Siphr is the Arab word for zero. While many consider zero to mean an absence of substance, Naima Shalhoub has a different take on it. She sees it as a circle that holds us all, containing everything and nothing, beginnings and endings. We live in a constant cycle in which we're all interconnected.

Building on the concept of zero, Shalhoub has titled each song numerically and then used words as a subtitle to give the listener clues to the track's theme and contents. In fact, while the songs are numbered one to nine, the idea of zero being a circle is explored thematically: the album's closing song, "Nine (Return)", sounds like a continuation of its opening song, "One (Remembrance)". These tracks don't just bookend the recording, they wrap their arms around it to encircle the album between them.

This brings a harmony to the album not often found in modern recordings. A sense of unity – both structural and thematic – pervades. The songs are more like movements in an overall composition than simply a series of songs arranged in a manner to appeal to the listener. Each track pulls the listener deeper into the themes of hope, freedom and social justice – all of which are important to Shalhoub. 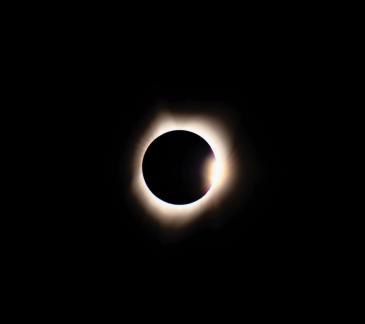 According to Richard Marcus, a sense of unity – both structural and thematic – pervades Naima Shalhoub's debut album "Siphr": "The songs are more like movements in an overall composition than simply a series of songs arranged in a manner to appeal to the listener. Each track pulls you deeper into the themes of hope, freedom and social justice, which are important to Shalhoub"

As previously mentioned, Siphr is a mixture of American and Middle Eastern music. To help her in the creation of the music, Shalhoub enlisted two other musicians with its writing and performance. Jazz musician and band leader Marcus Shelby guests on three tracks while Palestinian/American producer/rapper/multi-instrumentalist Excentrik (Tarik Kazaleh) produced the album, helped write the music, directed the video for the song "Two (Rivers in the Desert)", and even created the recording's cover art.

In an album full of music as impressive as this one, it takes a while to find individual songs that stand out. However, one that resonated right from the start was "Four (Roumieh Prison Blues)". Named after Lebanon's infamous prison, Shalhoub has taken lyrics written by the men incarcerated there and created this amazing blues song.

While the juxtaposition of hearing Arabic lyrics sung to the typical twelve bar blues sound of the Mississippi Delta might be disconcerting to some, it makes sense. After all, so many of the great blues songs were born out of jail cells and chain gangs in the American South, so this is the sound of struggle – no matter what the language. The cadences of the lyrics fit into the syncopated beat of the music perfectly. Even without understanding the exact meaning of the songs, listeners will have no problem interpreting their emotional context.

However, this is only one powerful song on an album full of music that is sure to move the listener. Sometimes this type of album can be overwhelming, and listeners would be tempted to tune out because of emotional and information overload. In this case, Shalhoub does a wonderful job of preventing the recording from becoming a one note performance. Her means of expressing themes and ideas change from song to song.

While each song contributes to the overall picture the recording creates, each has its own unique story and style. In other words, it's impossible to get bored listening or feel tempted to tune out. From the free form jazz of "Six (Distraction Suite)" to the simple eloquence of "Three (Loved)", the songs cover a vast musical territory, ensuring the listener will stay captivated from the opening through to the final notes of the last song.

Excentrik's contributions to the recording cannot be ignored: he is more of a collaborator than simply a producer sitting behind a console. The first single to be released from the album, "Two (Rivers in the Desert)", and its second last song, "Eight (Arab-Amerikkki)", are two of the best examples of his influence. In the latter, it's obvious as he contributes a vocal track and hip-hop beats.

A part spoken word, part sung piece, it sings of the difficulties involved in being a person of colour, specifically Arab, in America with the rise of White Supremacist groups. It doesn't matter if you were born in the US – if you look different, these groups will see you as "foreign". The hard edges of Excentrik's rap mixed with Shalhoub's softer voice make for not only an interesting contrast but show the different ranges of hurt and pain inflicted by racism.

"Two (Rivers in the Desert)" is a far less literal song. Sung in Arabic, it draws on the Book of Isaiah for its lyrics. Considered a prophet by Christians, Jews and Muslims alike, Isaiah predicted the comings of both Jesus and Mohammad. One could interpret the two rivers in the desert as what flowed from the teachings of both these men. Or, it could simply be a matter of seeing the existence of a river in the desert the surest sign of hope one could ask for.

There is a wonderful ethereal sound and feeling to this piece that transports the listener to another time and place. It might not be the ideal world but there's hope and the potential for new growth. In some ways, this song epitomises the whole recording. Its mixture of musical elements and cultures and the vision it presents of hope for a brighter future in an arid environment where it looks like nothing could ever grow.

With Siphr, Naima Shalhoub has created an album that recognises the harsh realities of the world, while offering hope for a better future. It is a wonderful album with music and lyrics that will resonate with everybody – no matter what language they speak or country they live in.

November 2022 sees the Arab world firmly in the spotlight with the COP27 in Egypt and the FIFA World Cup in Qatar. Public trust in MENA governments is weak, thanks to their ... END_OF_DOCUMENT_TOKEN_TO_BE_REPLACED

"You are not my guide... I am the compass. Iranian women have spoken, freed themselves, and unleashed a revolution despite smelling death. They have cut their braids in anger; ... END_OF_DOCUMENT_TOKEN_TO_BE_REPLACED

In “The Wrong End of the Telescope”, Rabih Alameddine draws us away from the headlines and into the personal story of one individual. Mina is complex, compelling and very real. By ... END_OF_DOCUMENT_TOKEN_TO_BE_REPLACED

How are comic book artists in the Arab world responding to the political situation in the region? Lena Bopp talks to illustrators Lina Ghaibeh and George Khoudry about young ... END_OF_DOCUMENT_TOKEN_TO_BE_REPLACED

The clashes in Baghdad between supporters of Muqtada al-Sadr and pro-Iranian militias show that an intra-Shia power struggle is in full swing. An analysis from Cairo by Karim El- ... END_OF_DOCUMENT_TOKEN_TO_BE_REPLACED
Author:
Richard Marcus
Date:
Mail:
Send via mail

END_OF_DOCUMENT_TOKEN_TO_BE_REPLACED
Social media
and networks
Subscribe to our
newsletter