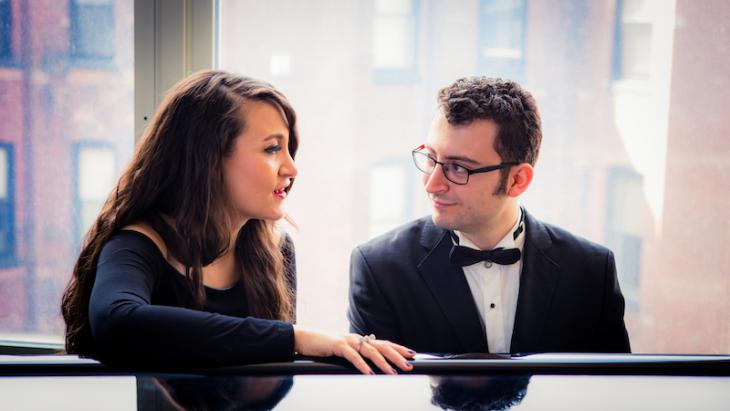 While many albums have explored the space where American jazz meets Eastern music, the latest recording from Boston-based Neotolia on Interrobang Records, ″Neotolian Song″, has achieved a fusion that expands to encompass the rest of the world. Review by Richard Marcus

Although the leads of the group, singer-songwriter Nazan Nihal and pianist-composer Utar Artun are both Turkish born, their musical backgrounds are quite different. Artun is a professor at the famed Berklee College of Music while Nihal used to sing in the coffee houses and clubs of Turkey. Now married, their mutual love of Turkish folk music led them to create their band.

Rather than simply recreating or playing songs in the same way they've always been played, they set out to rework the traditional, creating new songs that honour the old ways while making them more universally accessible. Towards that end they also began incorporating instruments from other traditions and writing lyrics to some of their songs in English.

However, Neotolian Song is more than a blend of different music genres, it is a superb example of how you can take one musical tradition and use it as the foundation to create something new, while maintaining both the integrity of the original work and that of its embellishments. Instead of grafting one branch of music onto another, this album finds the common ground between American, Turkish, Iraqi, Chinese, Finnish and Lebanese musicians and instruments.

"Bir Varmis Bir Yokmus" (Once Upon A Life) – the first track on the disc – provides an early indication that something very different is happening on this album. The song opens with the beautiful sounds of a flute mixed with delicate notes picked out on a piano. In turn they are joined by Nihal's soaring vocals and the three elements flow elegantly along. 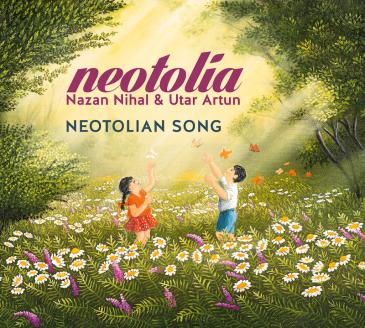 More than a blend of different music genres: "'Neotolian Song' is a superb example of how you can take one musical tradition and use it as the foundation to create something new. Instead of grafting one branch of music onto another, this album finds the common ground between American, Turkish, Iraqi, Chinese, Finnish and Lebanese musicians and instruments," writes Marcus

Gradually, however, we're made aware there is something extraordinary evolving here. First, there is the sound of gentle percussion making its presence felt, like drops of rain falling upon the rest of the music. Then a plucked instrument joins them and suddenly we have entered the world of soundscapes and minimalism.

The transition is so carefully executed that the listener will hardly notice. What it does is add an almost mystical element to the mix. Transforming what initially sounded like a simple and beautifully executed song into something otherworldly. It forces the listener to drop any preconceived ideas they might have had about the album – and prepares them to be ready for anything.

Which is good, because the very next song, "The Thrill of the Chase", goes off in a completely different and unexpected direction. While Nihal wrote the song she doesn't appear on it. Artun is joined by Turkish/Armenian avant-garde percussionist and vocalist Arto Tuncboyaciyan, Finnish guitar player Jussi Reijonen on oud, Dave Wecki on drum kit and Bruno Raberg on upright bass. (Both Reijonen and Raberg, alongside drummer Giuseppe Paradiso are the core support musicians for Nihal and Artun.) Not only does this song sound different to any folk you've ever heard before, it careers off into the regions of experimental jazz commonly associated with groups like The Art Ensemble of Chicago.

Tuncboyaciyan's vocal improvisations range between the guttural and sublime, while the polyphonic sounds produced by the rest of the group are like a multi-coloured, ever-changing canvass to which he applies his sounds/lyrics. In some ways the song is like a constantly evolving collage of sound creating a series of aural images for us to simultaneously hear and visualise.

Of course, it would be remiss to review an album by Neotolia without a mention of Nihal's voice. She is one of those vocalists whose range allows her to be equally comfortable in both the lower and upper registers of the scale. The title song, "Neotolian Song", is a perfect example, her voice rising from a mid-point to the stratospheric areas of the scale without any apparent effort. On an initial listen it is almost shocking how high her voice travels, but gradually you realise how it acts as a counterpoint for the music and makes the piece all the more exciting.

To get an idea of how truly versatile her singing is, listen to her working alongside Joey Blake (member of Bobby McFerrin's Voicestra) on the song "Rondo Afro Turca". While the song starts with Blake singing on his own, he is then joined by both Nihal and the rest of the band. The solos they then perform towards the middle of the song only serves to emphasise the contrast between their two voices. It's powerfully entertaining and as much fun to listen to as it seems to have been for all involved to record.

Listening to this album I heard everything from elements of gypsy swing jazz in the style of Django Reinhardt, bass riffs that reminded me of Charles Mingus, oud playing evoking Egypt, flutes that mixed jazz and sounds more haunting than can be imagined, not to mention some of the most spectacular singing I've heard in a long time. While this may well be a homage to Turkish music, in all its shapes and forms, it is also an example of how different styles and traditions of music can work harmoniously together.

Very different Western reactions to the suffering in Ukraine and the Arab world show that there is a profound rift among cultures. Essay by Michael Young END_OF_DOCUMENT_TOKEN_TO_BE_REPLACED

From the Euphrates to the Mekong, dams that ensure one country's water supply risk leaving others parched. But shared water resources can be a source of peace as well as conflict ... END_OF_DOCUMENT_TOKEN_TO_BE_REPLACED

Muqtada al-Sadr, the biggest winner in the recent election, aspires to implement great change in Iraq, but reform is easier said than done, writes Massaab al-Aloosy. Correcting a ... END_OF_DOCUMENT_TOKEN_TO_BE_REPLACED

With spring, migration on the Balkan route is on the rise again – and with it the misery, violence and illegal pushbacks at Croatia's external EU border. ... END_OF_DOCUMENT_TOKEN_TO_BE_REPLACED

Much effort is being put into rebuilding churches in Iraq that were destroyed by Islamic State. The message of hope is for Christians to return. Judit Neurink reports from Mosul END_OF_DOCUMENT_TOKEN_TO_BE_REPLACED

In Iraq – which has suffered four decades of conflict and years of political and economic turmoil – separating and recycling waste has yet to become a priority for most people. ... END_OF_DOCUMENT_TOKEN_TO_BE_REPLACED
Author:
Richard Marcus
Date:
Mail:
Send via mail

END_OF_DOCUMENT_TOKEN_TO_BE_REPLACED
Social media
and networks
Subscribe to our
newsletter