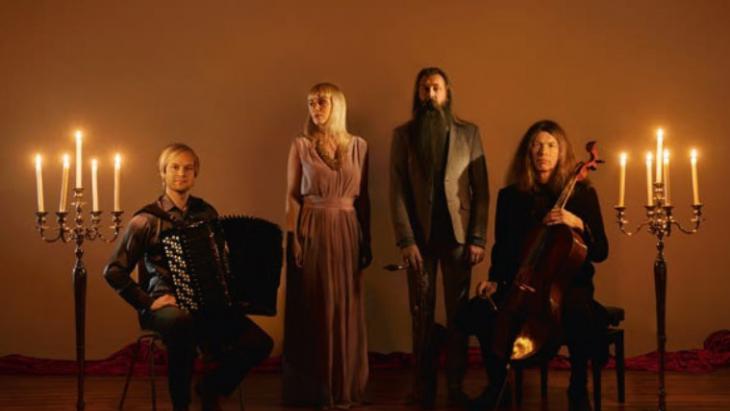 Couching the songs of Rumi in free-form jazz is doubtless a daring undertaking. Yet, listen with an open mind and heart, says Richard Marcus, and you will find this album to be both thought-provoking and emotionally fulfilling

At first glance it would appear that a 13th century Sufi mystic would have little in common with a twenty-first century Norwegian jazz combo. However, after listening to the Trygve Seim-led ensemble's newest release, ″Rumi Songs″, from ECM Records, you can't help but appreciate there must be something they share as these interpretations bring the famous poet's words to life in ways few have even considered attempting up until now.

The poems of Jalal ad-Din Muhammad Rumi, the 13th century Persian Sufi poet and mystic, have become increasingly popular in North America, to the extent he's now described as the best-selling poet in the United States. However, it appears the majority of his new readers don't look beyond the statements of love his poetry make; failing to realise the love Rumi was describing was an analogy for his love of God. These poems are deeply spiritual and are meant to lead readers into finding a deeper relationship with God.

Part of the problem is the English translations of Rumi's works most popular in North America were made by Coleman Barks, an American poet with no knowledge of Farsi. In fact his work can't even be considered translations, more interpretations and paraphrasing of other people's translations which he then presented in free verse. With one exception, "Seeing Double", taken from the translation by scholars Kabir and Camille Helminski, it's these versions of the poems which form the basis for Seim's new release.

Thankfully the medium of jazz allows an artist to go beyond mere words to explore the deeper thematic elements of a work. Therefore, while the lyrics we hear might not convey Rumi's actual meanings, their presentation manages to transcend their limitations. The sparsity of the music (aside from Tora Augestad's vocals the ensemble consists of Frode Haltli on accordion, Svante Henryson, violoncello and Seim on tenor and soprano saxophones) and the starkness of Augestad's singing style, strip the lyrics of much of their literal meaning and make the listener focus on what might have originally inspired Rumi to write the poems.

Listening to the disc it is hard not to be initially disconcerted by the almost dissonant sound of the music. The opening track, "In Your Beauty", might be especially difficult for some. Based on my previous experiences of listening to the works of Rumi set to music, I had anticipated a certain grandeur or elegance. This song begins with an extended single note played on the accordion. It sounds so high pitched as to almost be annoying.

However, just as it is on the verge of becoming too much to bear, the song moves on. Seim knows exactly how far he can push us musically without going too far. The music is outlandish and strange because Rumi's poems take us to places we're not familiar with – a spiritual landscape beyond our normal understanding – and we need the music to break through any barriers we have erected against the new and different.

The free-form jazz Seim has composed and his selection of seemingly disparate instruments work perfectly at this level. It would seem he has made a very deliberate choice of working at the upper end of the tonal scale to prevent us from ever becoming overly comfortable with either the music or the content. It's like he's forcing us to think about why Rumi wrote what he did and, by extension, about the man who penned these incredible odes to his creator.

Even more interesting is how the quartet moves all over the musical map. In any one song one can hear influences from different parts of the world, such as the elements of tango which appear in the track "Seeing Double", or the echoes of Indian classical music in "Leaving My Self". Again, while this musical wanderlust might take listeners aback, once you acclimatise yourself to this rather rarified atmosphere, you'll realise how remarkably appropriate it is.

Rumi's poems have travelled all over the world and have inspired countless millions of people. To hear them set to music from a variety of cultures and backgrounds only stresses how much his work has become part of the human canon, far beyond its original audience. By accepting the advice Rumi offers in "Like Every Other Day" – "Don't open the door to the study and begin reading/Take down a musical instrument/Let the beauty we love be what we do" – to heart, Seim has found new and exciting ways to bring these poems to life. 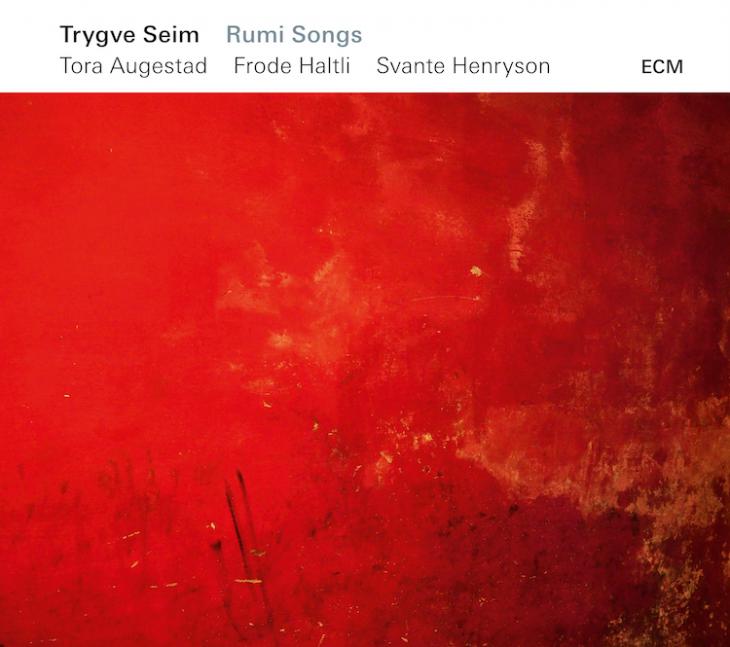 ″Let the beauty we love be what we do″

Augestad's voice is one of the key elements in the presentation of the poems. As a vocalist in such a minimalistic group she has to find a way to present the lyrics that works with both the music and the themes they present. With her background in everything from the works of Brecht and Weil to the contemporary compositions of Cage and Schoenberg, she has the skill set and experience to accomplish this beautifully.

Her mezzo voice soars ethereally over top of the accompanying instruments and helps to elevate the music into the nearly sublime state suitable for Rumi. At the same time she also keeps our feet firmly on the ground as her voice takes unexpected twists and turns as she moves through the songs. It's as if she climbs the scale when we expect her to descend and vice versa. As with everything else on this recording, this approach, while initially jarring, makes more sense the more you listen.

″Rumi Songs″ by Trygve Seim differs from the standard reverential treatment usually afforded the works of the famed Sufi poet. In fact, some might not be able to get their heads and hearts around how he has chosen to represent them musically. However, if you are willing to listen with an open mind and heart, you will find the works on this disc to be both thought-provoking and emotionally fulfilling. He has captured both the spirit and the nature of the works in such a way as to change your own take on them. This is a brilliant piece of work worth the effort required to appreciate it properly.

In "Iran. Die Freiheit ist weiblich", journalist Golineh Atai describes the dogged resistance of courageous Iranian women against the Islamic Republic and the mullahs who have ... END_OF_DOCUMENT_TOKEN_TO_BE_REPLACED

Iranian artist Parastou Forouhar has lived in Germany since 1991. Full of rage, just like the protesters, she hasn't yet given up on the idea of justice. By Julia Hitz END_OF_DOCUMENT_TOKEN_TO_BE_REPLACED

Fariduddin Attar’s "The Conference of the Birds", one of the seminal works of Islamic mysticism, has recently been published in sumptuously illustrated German translation. It ... END_OF_DOCUMENT_TOKEN_TO_BE_REPLACED

The violent death of 22-year-old Mahsa Amini has achieved something the entire opposition has failed to do during the 43-year rule of the ayatollahs in Iran: almost the entire ... END_OF_DOCUMENT_TOKEN_TO_BE_REPLACED

Like Christianity, Europe's history is one of migration. Both have strong roots in the Orient and in cultures thousands of years old. Cultural historian Bernhard Braun invites us ... END_OF_DOCUMENT_TOKEN_TO_BE_REPLACED

A lot is happening in Syria’s Sweida Governorate – foreign intervention there is unprecedented both in terms of scale and number of actors – yet Damascus remains the dominant ... END_OF_DOCUMENT_TOKEN_TO_BE_REPLACED
Author:
Richard Marcus
Date:
Mail:
Send via mail

END_OF_DOCUMENT_TOKEN_TO_BE_REPLACED
Social media
and networks
Subscribe to our
newsletter