Alcohol and Islam are generally considered to be mutually exclusive, but people do drink in the Muslim world. Alfred Hackensberger says that, even though most Muslims consider alcohol to be something negative, there's another tradition dating from a more tolerant period 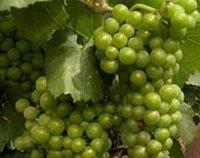 In spite of criticism from religious Muslims, the wine industry is booming in some Muslim countries.

​​It is standing room only in the bars of Tangier on the days leading up to religious holidays such as the Prophet's birthday or Ramadan, the holy month of fasting. The waiters allow the empty bottles to stack up on the tables until such time as the customers settle their bills before leaving. Shops that sell alcohol post record turnover on these days.

People want to really enjoy themselves ahead of the abstinence prescribed by these religious holidays. This is something that strict Muslims don't like to talk about, especially as these people are getting drunk on locally produced alcohol. Morocco, for example, produces 400,000 hectolitres or 33 million bottles of wine every year, and some 12,000 hectares of land are taken up by vineyards.

"Muslims are forbidden to drink alcohol"

Only about 20 per cent of this wine is destined for export. The Kingdom of Morocco is not the only wine-producing country in the Arab world: Algeria, Egypt, Jordan, Lebanon, and Tunisia all produce wine on a large scale, and Syria is set to join the club in the near future. A total of 1.3 million hectolitres or 146 million bottles of wine are produced every year.

Of all people, the shop assistant in a Tangier shop selling every kind of alcohol from beer to vodka and gin tells me that Muslims are forbidden to drink alcohol. "Muslims don't drink alcohol because the Koran forbids it," he explains, a broad grin spreading over his face as he parcels up a few cans of beer for a customer.

According to statistics published by the independent Moroccan weekly TelQuel, about 50 million litres of alcohol are consumed every year in the kingdom of Mohammed VI.

There is no one verse in the Koran that specifically forbids the faithful to drink alcohol. Sura 16:10-11 tells us that God causes cereals, olive trees, date palm trees, and vines to grow; Sura 16:67 that to make an intoxicating drink from the fruits of date palms and berries is a sign of good sense; Sura 47:15 that rivers of water, milk, honey, and wine await the faithful in Paradise.

Sura 4:43, on the other hand, says that alcohol can be a hindrance to prayer if you drink too much of it; Sura 5:90-91 describes wine as the work of the devil and warns that it only leads to animosity and hate. As negative as the image of alcohol sometimes is in the Koran, the Holy Book does not expressly forbid (haram) its consumption anywhere as it does carrion, blood, and pork (Sura 5:3).

Nevertheless, down through the centuries, the majority of Islamic scholars have adopted a stance of total rejection towards alcohol. This is why Islamic law (Sharia) considers the consumption of alcohol to be a sin, although other interpretations are possible. 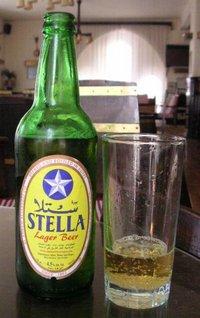 Local production just for foreigners? - Stella-Bier "made in Egypt".

​​A number of my Muslim friends make this point in order to justify their consumption of alcohol. And they are not alone: around the world, millions of Muslims like to relax with a beer (or several beers) at the end of the working day. Some point to the tradition of Arab wine poetry, which tells of a time when Islam was more tolerant.

One representative of this tradition is Abu Nuwas (780-819), who was born in the Persian city of Avhaz. The world famous poet was equally enamoured of wine and boys: "For young boys, I've left behind the girls / And old wine has driven the thought of clear water out of my mind."

"Smash the bottles on a stone"

The hadiths - the sayings of the prophet Muhammad handed down orally by his contemporaries - are used to provide the religious justification of the ban on alcohol. These sayings were collected and written down about 150 years after Muhammad's (570-632) death. The best known collection of hadiths is that of Al-Bukhari (810-870).

One of these hadiths tells how Umar Ibn al-Khattab, one of the Prophet's companions and subsequently the second caliph (634-644 AD), was given a present of a bottle of wine and had no idea what he should do with it. "But if it is forbidden to drink it, sell it, or give it away as a present, what should I do with it?" The Prophet replies, "Go outside and smash the bottles on a stone."

There is no uniform, legal regulation governing the sale and consumption of alcohol in the Arab world. In some Islamic countries, alcohol is officially reserved for tourists only; in others, it is available to everyone. Alcohol is banned by law in Saudi Arabia, Kuwait, Iran, Sudan, and Libya.

But people drink anyway; even in Saudi Arabia, which has strict punishments for the sale and consumption of alcohol. The Saudi police are forever uncovering illegal alcohol distilleries.

The six million immigrant workers from Asia who work in the country for very low wages distil their own moonshine and sell it to others. Even in the theocracy that is Iran, no-one has to go without a dram of whiskey or a shot of vodka. Young people earn a bit of cash by working as illegal alcohol couriers on wheels.

Of course, it is important to state quite clearly at this point that not every Muslim drinks alcohol. World Health Organisation (WHO) statistics say that 1.0 litre of pure alcohol is consumed per person and per annum in Morocco, 0.6 litres in Saudi Arabia, and 0.3 litres in Pakistan.

For most Muslims, alcohol remains something negative. I clearly recall the reaction of young students who came to the Goethe Institute in Tangier to watch programmes on German television. They could not believe that alcohol was actually being advertised on television - advertisements in which beer was hailed as being not only healthy, but also a source of vitamins.

They shook their heads in sheer disbelief as if I was using a specially prepared video tape to make fun of them. It was only when one of them changed channels a few times that they realised that the images were real. This did not, however, mean that they were convinced of the positive effect that beer could have on the human body.

Lebanese Vineyards
Wine-Making Is an Art
Despite being one of the world's smallest wine producers, Lebanon has acquired a good reputation among international experts. In creating fine wines for the 21st century Lebanese vintners are building on a 4,000-year-old history. By Birgit Kaspar

Internet Fatwas
Strong Impact on the Lives of Believers
Religious fatwas have "invaded" the lives of Muslim men and women through various media outlets with the internet in the lead. Fidel Sbeiti reports

END_OF_DOCUMENT_TOKEN_TO_BE_REPLACED
Social media
and networks
Subscribe to our
newsletter