Young, rebellious and full of beans

Algeria's young filmmakers are turning their attention to making films that engage with the country's violent past. Christopher Resch met up with three of them

The actors in Narimane Mari's film "Bloody Beans" are revolting! Sick and tired of their drab, monotonous diet of red beans, the everyday staple of the poor in Algiers, they decide to stage a major, if small-scale, revolt. Since the diet of the country's French occupation forces includes meat – why not steal it from them?

What is special about these actors is that all of them are children. "There are fewer rules in Algeria; the children are much freer and wilder. So my film is also about what we have lost and how we used to have the power to change things," says director Mari. Though such a description may sound a shade depressing, the film, like its stars, is anything but. It is dynamic, full of energy and packed full with humour and allusion. Qualities that allow it to confront the experiences of Algeria's history: colonialism, the casualties of the war of independence, the black decade of the 1990s.

Algerian cinema on the rise

Recent years have witnessed signs of revitalisation in Algerian cinema. A young generation of filmmakers is turning its attention to the country's past and the consequences of that past for Algeria's present. "Numerous social taboos have meant that artistic engagement with Algeria’s history is hardly a matter of course", is how these films are appropriately summed up in "The Past in the Present – New Films from Algeria". At the beginning of May, the Arsenal cinema in Berlin along with the Leibniz-Zentrum Moderner Orient (Centre for Modern Oriental Studies) and the Goethe Institute Algeria screened seven films from the North African country. It was a commendable initiative aimed at making Algerian film better known in Germany, with a selection of films all of which were made within the last five years. 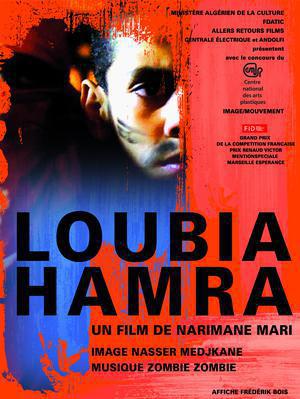 The actors in Narimane Mari's film "Bloody Beans" are revolting! Sick and tired of their drab, monotonous diet of red beans, the everyday staple of the poor in Algiers, they decide to stage a major, if small-scale, revolt. Since the diet of the country's French occupation forces includes meat – why not steal it from them?

"Bloody Beans", in particular, which is arguably the most unusual film in the Arsenal selection, sustains an intriguing dialogue between form and content. In one scene for instance, where the children have to cross an old Christian-Jewish-Muslim cemetery in Algiers on their way to the French soldiers' barracks, one of the girls cries out in amazement: "Look at that grave, it is bigger than my house."

Domination and injustice, it seems, carry on beyond the grave. One of the youngsters declares that he is not afraid of the dark graveyard, ghosts being preferable to real soldiers. "Reality was worse than any imaginary terror", explains Narimane Mari.

What happened in the "black decade"?

Initially the film struggled in Algeria due to some of its funnier and more absurd scenes. It was mainly the intellectuals who didn't know what to make of it – the ordinary people immediately understood the allusions to the war of independence, she says. They may have had more vivid memories of the Algerian cinema in its heyday: "In the 60s and 70s going to the cinema was very popular. Maybe the current resurgence is about exploring the past", says director Karim Moussaoui, whose film "Until the Birds Return" also screened in Berlin.

One part of Moussaoui's film deals with the civil war of the 1990s, which claimed the lives of more than 200,000 people. Precise figures, however, are hard to come by and vary widely; any prospect of coming to terms with the atrocities of the Islamists and the military still a long way off. "We have to tell the stories of what happened in the 90s", says Moussaoui, who was born in 1976. "And to do that, we must create our own images, because we have no visual records of that time."

The cine-clubs are important in this process. Recent years have seen a number of old cinemas brought back to life by young film enthusiasts, giving Algerian films a platform and creating a space for freer, more open debates. During the long years of civil war there was neither leisure nor time – and certainly no state money – available for culture. "The cine-clubs were our meeting places," says Moussaoui, spaces to network and exchange ideas. "It was really important to us, it gave us an education and we learned a lot about how to make films."

Suffering of the younger generation

Like Karim Moussaoui, Djamel Kerkar was also directly involved in setting up the clubs. His film "Atlal" is a quietly contemplative, beautifully photographed and intimate portrait of the people of Ouled Atlal, south of Algiers. Although they come from different generations, each of them experienced suffering and war as a 20-year-old. The film's closing scene shows a slowly dying camp fire before a grey concrete wall.

"An entire generation was destroyed by the war in the 90s. The ending is a tribute to that generation and to the sacrifices they were forced to make," says Kerkar. And Moussaoui adds, "Of course, that past is very present to us. That is something that may be very difficult for a young European to understand, after all there has been no war in Western Europe since 1945. But we Algerians don't live in the past any more than other people."

"Reality was worse than any imaginary terror ", said Narimane Mari of a scene in her film. Is it still so today? All of the films avoid being judgemental or openly critical. It's not her job as a filmmaker to change things, Mari explains. Moussaoui and Kerkar also emphasise that they see themselves as creators of images and tellers of stories; though, of course, everything is political in the end.

Beans can be political. So can farting. The children in "Bloody Beans" are afflicted by the inevitable, windy consequences of their repetitive diet and moved to revolt. For the audience, the connection with the present is immediately apparent: bread and justice were two key demands of the Arab revolutions. Narimane Mari was keen not to force such things onto her young actors, however – pointing out that she was not their history teacher after all. In any case, the children had been more concerned with practical matters.

In a scene at the cemetery, for instance, their shadows are cast against a wall. A balloon turns into a weapon, a skinny boy into a strong man. If children learn that they have such transformational power within themselves and their bodies, then a film has achieved something worthwhile.

Algerian scholar Said Djabelkhir rejects the charge of "offending Islam". In interview with Ismail Assam, he maintains that he has been wilfully misconstrued. At the same time, he ... END_OF_DOCUMENT_TOKEN_TO_BE_REPLACED

Saturday's historically low election turnout was a reflection of Algerians' ongoing frustration with the political status quo. Faced with mounting state repression, however, the ... END_OF_DOCUMENT_TOKEN_TO_BE_REPLACED

Morocco and the European Union are at cross purposes when it comes to the Western Sahara. And, as Germany does not support Moroccan claims to the territory, a major conflict has ... END_OF_DOCUMENT_TOKEN_TO_BE_REPLACED

Recep Tayyip Erdogan, disappointed by the European Union’s reluctance to integrate Turkey into its ranks, has re-directed his country’s diplomacy toward the Maghreb and Africa to ... END_OF_DOCUMENT_TOKEN_TO_BE_REPLACED

Using a graphic novel to address a contentious issue like the Algerian war of independence may seem an odd choice, but new release "Algeriennes", translated into English by Ivanka ... END_OF_DOCUMENT_TOKEN_TO_BE_REPLACED
Author:
Christopher Resch
Date:
Mail:
Send via mail

END_OF_DOCUMENT_TOKEN_TO_BE_REPLACED
Social media
and networks
Subscribe to our
newsletter