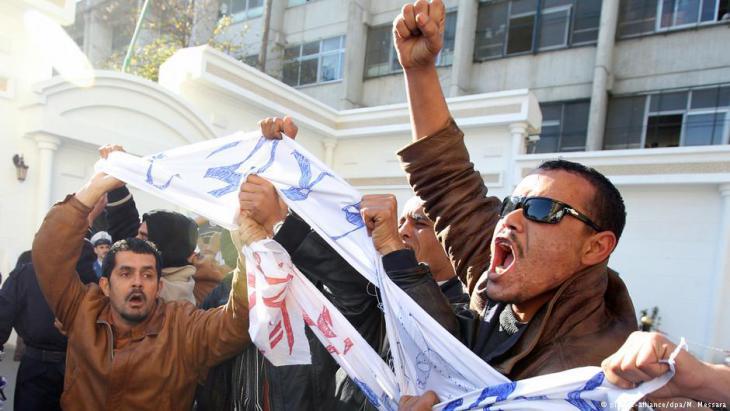 Algeria's upcoming parliamentary poll is failing to spark the interest of the populace. Few have any hope that the discredited political class will provide solutions to the country′s pervasive social malaise. At the same time, a handful of dedicated civil society campaigns are focusing on initiating change at grassroots level. Sofian Philip Naceur reports from Algiers and Oran

These days, it's difficult to find people in Algeria who want to vote. Government concerns over a low voter turnout in upcoming parliamentary elections are evidently well-founded. Motor mechanics, teachers, engineers, taxi and bus drivers, human rights activists, lawyers, housewives or the unemployed; regardless of whom you ask, no one intends to vote. At times the reaction is even one of irritation – "Is that a serious question?" was the response given by a snackbar employee in downtown Algiers.

The discrepancy between responses like this one and the coverage given to the election in Algeria's relatively free media could not be greater. Newspapers are providing detailed and critical reports on the electoral campaign. The major cities of Algiers and Oran are plastered with posters aimed at motivating the populace to take part in the poll. But there is no indication that people will turn out in the numbers required to end the regime's legitimacy problem.

Berbers continue to fight for their rights

Algeria's civil society currently has other concerns and is attempting to use the attention directed at the campaign to different ends. On 20 April, thousands of people took to the streets of Tizi Ouzou, the largest city in the Berber region of Kabylia to the east of Algiers, to remember the 1980 Berber Spring uprising and to demand for the region. The Berber Kabyle people are among the country's most active interest groups; recently they have achieved a number of notable successes. 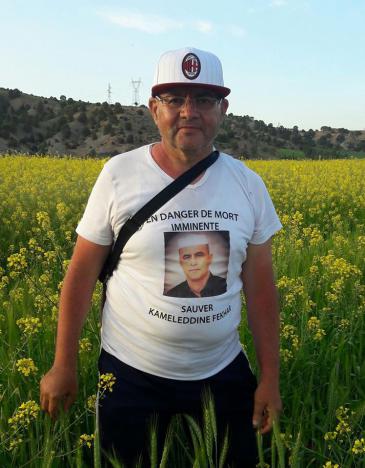 Fighting for minority rights: Salah Dabouz, human rights activist, began a 400-kilometre protest march from Algiers to Laghouat in mid-April to draw attention to the situation in the Sahara region of M'zab, inhabited primarily by Berber Mozabite people. One of his chief aims is to underline demands for the immediate release of the detained activist Kamaleddine Fekhar

Nevertheless, activists are continuing to push for improved rights for the minority ethnic group, which still faces a significant degree of marginalisation. For example, Salah Dabouz, the human rights activist and head of a group belonging to the independent Ligue Algerienne pour la Defense des Droit de l'Homme (LADDH), an organisation which is currently threatening to split, began a 400-kilometre protest march from Algiers to Laghouat in mid-April, to draw attention to the situation in the Sahara region of M'zab, inhabited primarily by Berber Mozabite people.

One of the chief aims of Dabouz's march is to underline demands for the immediate release of the detained activist Kamaleddine Fekhar. Fekhar was arrested in July 2015 in Ghardaia along with 36 others and began an open-ended hunger strike in January.

Critics say criminal proceedings against him are politically motivated. Dabouz wants to draw attention to Fekhar's plight and hopes that a number of candidates in the upcoming parliamentary election will mention his case in their campaigns.

Sectarian unrest between Arabs and the Mozabites, a group discriminated against by the state, have rocked the region since 2013, but in the wake of the extreme violence of 2015, the government has only been able to bring superficial calm to the situation. "While Berbers are fully represented in the Kabylia region, posts within the state, security, judicial and education authorities in M'zab are mainly filled by Arabs," says Dabouz.

The work of other civil society actors such as the Collectif des Famillies de Disparu(e)s en Algerie, an association for the families of those who disappeared during the 1990s civil war, or the local branch of Amnesty International is not disrupted by Algerian authorities, but these organisations operate in a legal grey area.

The situation appears to be more precarious for independent trade unions, viewed by the regime as a threat. Strikes and union rallies are regularly dispersed using force. In April, the staff of the daily newspaper Liberte began an open-ended strike after senior managers sacked five members of the company's internal union and when these individuals protested, ordered the police to storm the newspaper's offices.

The situation for the country's feminist movement looks more hopeful, but not without the potential for conflict. Sexual harassment is part of everyday life for women in Algeria just as in other nations of the region, but an increasing number of young women are lending their voices to campaigns focused on this issue, says Brahim Mahdid from Amnesty Algerie. Sexual harassment was included in the penal code for the first time in 2016, he adds, although the new paragraphs have been ineffectively applied to date.

Meanwhile, the social situation remains tense. Rates of joblessness and housing shortages are high and few people are under any illusions over government promises to find a remedy. "I just want to leave Algeria, I don't have any prospects here," says the young accountant Abdelmalek from Oran. He may have work, but he can only marry when he can afford to buy an apartment. Yet most of the newly-built flats in the city are beyond the budget of many. 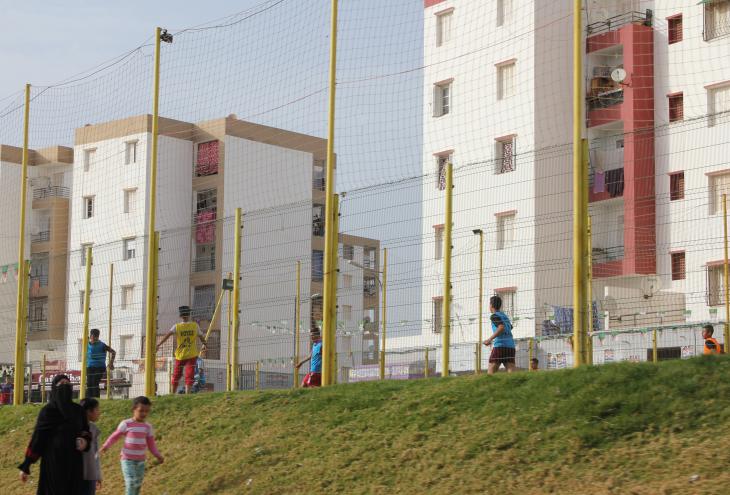 The frustrated middle class: ″I just want to leave Algeria, I don't have any prospects here," says the young accountant Abdelmalek from Oran. He may have work, but he can only marry when he can afford to buy an apartment. "Poor people get flats from the government for free, but the middle classes can't afford overpriced apartments on the new smart estates, they're much too expensive for people like me"

Along Oran's easterly arterial road is a string of hotels, some of them finished, some of them still under construction, as well as a large number of new residential neighbourhoods, also under construction. Although the government has put many infrastructure projects on ice because of the austerity budget, the building here continues unabated, as Oran is scheduled to host the 2021 Mediterranean Games.

Construction projects do include social housing for people living in slums, but these are not an option for Abdelmalek. "Poor people get flats from the government for free, but the middle classes can't afford overpriced apartments on the new smart estates, they're much too expensive for people like me," he says, frustrated.

If the regime has been able to buy social peace with oil and gas sector revenues over the past 15 years, the present situation looks rather bleak in view of the low price of oil. The potential for social conflict is likely to rise accordingly in the near future, as Abdelmalek is by no means alone in his frustration at the economic and social policies of the regime.

Shot, beaten to death or drowned: a demonstration by tens of thousands of Algerians ended in the "Paris Massacre" on 17 October 1961. Sixty years on, historians and victims' ... END_OF_DOCUMENT_TOKEN_TO_BE_REPLACED

The memory of experienced injustice plays a central role in the transformation of societies towards democracy. In the Arab world, the critical study of memory is only just ... END_OF_DOCUMENT_TOKEN_TO_BE_REPLACED

"The people aren’t ready for democracy" has been the constitutional basis for Arab tyranny, its favourite slogan and its sacred narrative for more than a century. Yet, asks Khaled ... END_OF_DOCUMENT_TOKEN_TO_BE_REPLACED

As current events continue to remind us, people all over the world are constantly being forced into exile. "Songs of Exile", created by Algerian Berber exile Abderrahmane Abdelli ... END_OF_DOCUMENT_TOKEN_TO_BE_REPLACED

A new survey by Arab Barometer adds numbers to the narrative that COVID has led to a harsher reality for women in the Middle East and North Africa. By Jennifer Holleis and Razan ... END_OF_DOCUMENT_TOKEN_TO_BE_REPLACED
Author:
Sofian Philip Naceur
Date:
Mail:
Send via mail

END_OF_DOCUMENT_TOKEN_TO_BE_REPLACED
Social media
and networks
Subscribe to our
newsletter