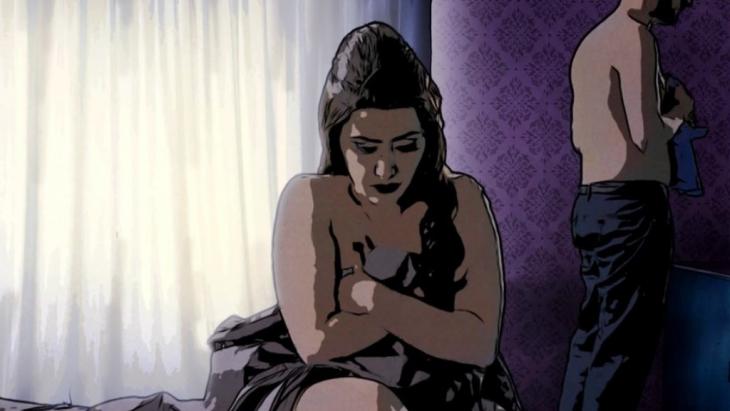 German-Iranian director Ali Soozandeh says that he made the film "Tehran Taboo" in order to "break the silence". In doing so, however, he has sketched a portrait of Iran that is almost unbearable, especially for the critical viewer with a knowledge of Iran, says Massoud Schirazi

After only a quarter of an hour of "Tehran Taboo", viewers will be terrified of the country where it is set, a place where everything seems to go criminally wrong. In the opening scene, a taxi driver haggles with a young woman over the price of a blowjob. Then her son watches impassively from the back seat as his mother performs oral sex. Next, the woman is seen in the office of a morose mullah, from whom she needs a signature to get a divorce from her drug-addict husband who has been behind bars for months. "I could use a woman," the mullah murmurs, hinting at how she might get his signature.

As if that were not yet enough, the next scene is set at an underground party, where a failing musician has hurried sex with a scantily clad woman in a shabby toilet cubicle. Then a sudden cut from this clumsy sex scene to a blue mosque, the call to prayer ringing out. The film's sequencing seems to harbour the subtle and incredibly naive message that the cubicle coitus is an expression of longed-for freedom, while the song from the mosque is the oppressive propaganda tune of a religion that steals that liberty.

Tehran is grey and desolate in the animated film "Tehran Taboo" by German-Iranian director Ali Soozandeh. Because it could not be filmed in Tehran, Soozandeh made use of the laborious rotoscope process. The first step was to shoot scenes with real actors in the studio. The background was then produced digitally and added to the scenes. Although altered, the characters remain realistic, and the street scenes are similar to real-life Tehran. A forty-strong team spent 13 months working on the project, which in itself is an impressive, labour-intensive feat. 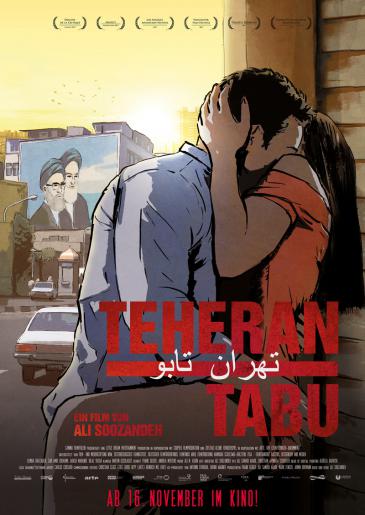 Sex sells: "In 'Tehran Taboo'," writes Massoud Schirazi, "sex is held up as the epitome of freedom itself. As though freedom can above all be measured by whether a man can seduce a woman in a toilet at a party."


The quickie in the loo has devastating consequences: the girl from the party is due to marry in a few days' time and now has to restore her virginity fast so as not to anger her future husband. In a race against time, her seducer rushes to a gynaecologist to find out about hymen-restoration operations.

The unmistakable bitterness of the exiled Iranian makers of "Tehran Taboo", who left the country for various reasons, is reflected in the storyline. Almost everything that Iran and its society can be accused of is squeezed into the brief animated scenes: religious hypocrisy and double standards, the oppression of women, shady criminality and a climate of fear and mendacity.

One subject, however, dominates all others: sex. It's no secret that in every society, suppressed sexuality seeks an outlet and is then lived out all the more excessively. Correspondingly, the subject can sometimes be dominant across all aspects of young Iranians' daily lives. In "Tehran Taboo", however, sex is held up as the epitome of freedom itself. As though freedom can above all be measured by whether a man can seduce a woman in a toilet at a party.

As so often in similar protest films with less-than-subtle approaches to Iran, all this is subject to a widespread paradigm of thought: the (sexually) oppressed Iranians versus the (sexually) liberated, enlightened Europeans. The film confirms all the prejudices of Western viewers, who can leave the cinema feeling smugly on the side of freedom and democracy merely by dint of living in the West.

In an interview, Ali Soozandeh said he made the film "to break the silence". Yet there is nothing really new in the film's narrative of suppressed subjects with revolutionary aspirations whose lifestyles rub up against the rules of the Islamic Republic. In terms of the formula used, "Tehran Taboo" resembles other films like "Desert Dancer", "Raving Iran" or "Circumstance". The activist agenda makes the film almost unbearable at certain points for critical viewers, particularly those who have come to know and value Iran and its complex society in a little more detail.

Films like "Tehran Taboo" stand in contrast to Iranian films like those of the Oscar-winning director Asghar Farhadi, which tackle the very much existing ills subtly and with an eye for the country's beauty – not with a demonstratively obscene succession of negativisms.

One thing is certain: there is so much more to Tehran and Iran than taboos. Young Iranians find fulfilment these days not merely in the breaking of taboos, as "Tehran Taboo" suggests, but in the skilful navigation between social norms and individual creative self-expression, coupled with a search for essential meaning in the tension between their own rich culture and the influence of the West, and sometimes – yes, really – in Islam.

Giessen, Eichsfeld, Kusel, Berlin – cars bearing old German number plates are the latest trend on the streets of Cairo. Many Egyptians regard the discarded plates as chic. What ... END_OF_DOCUMENT_TOKEN_TO_BE_REPLACED

Tunisia has been going through a severe economic and political crisis in recent years. More than one in three young people there are unemployed. For many skilled, qualified and ... END_OF_DOCUMENT_TOKEN_TO_BE_REPLACED

German imams have publicly expressed their solidarity with the women of Afghanistan. In a letter of protest, the clerics say that the Taliban regime's decree barring women from ... END_OF_DOCUMENT_TOKEN_TO_BE_REPLACED

At the end of every year, the team at Qantara.de gives you a run-down of the ten most-read articles on the site over the past 12 months. Here is a quick overview of the stories ... END_OF_DOCUMENT_TOKEN_TO_BE_REPLACED

Social engagement is often motivated by religious factors. A new book explores the background to these community efforts and appraises how effective they are in helping to ... END_OF_DOCUMENT_TOKEN_TO_BE_REPLACED

The government in the Netherlands, one of the last European nations to abolish slavery, has made an historic apology. But some feel that there is still a long way to go. By Ella ... END_OF_DOCUMENT_TOKEN_TO_BE_REPLACED
Author:
Massoud Schirazi
Date:
Mail:
Send via mail

END_OF_DOCUMENT_TOKEN_TO_BE_REPLACED
Social media
and networks
Subscribe to our
newsletter