Skip to main content
Alliance of Christian and Muslim Creationists

Evangelical Christians and Muslim creationists – such as the Turkish anti-Darwinist Harun Yahia – have one thing in common: their fight against materialism and the secular state. Harald Brandt has the details

​​ "Darwin has been disproved. His theory of the origin of the species is wrong. Millions of fossils prove that neither the animals nor the plants have changed since their creation by Allah." This is the quintessence of the message spread by the Turkish anti-Darwinist Adnan Oktar in over 200 books and videos and on dozens of websites.

Under the pseudonym Harun Yahya, he published the first volume of the Atlas of Creation in 2006, a large-format, luxuriously designed and illustrated book weighing in at almost 15 pounds, tens of thousands of which were distributed free of charge to universities, schools and research institutes in Europe.

In January 2007 a copy of the pseudo-scientific work landed on the desk of the mathematician and then socialist European parliament member Guy Lengagne, who has been following the phenomenon of creationism since 1997.

The Islamic world as a creationist powerhouse

All creationist groups, most of them based in North America, share a common conviction that the biblical genesis story is an accurate portrayal of the origin of all species. But the fact that a movement had been founded in the Islamic world with sufficient funds to launch a major assault on several European states was a surprise to Guy Lengagne.

Secular France reacted promptly. At the instigation of the education ministry, the evolutionary biologist Hervé LeGuyader wrote a report proving the scientific irrelevance of the theses advanced in the Atlas of Creation. Yet the creationists' aim is not actually promoting scientific debate, according to Guy Lengagne. 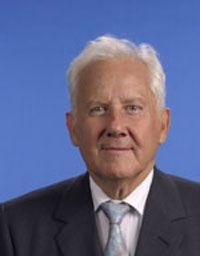 ​​ Their actual objective, he says, is to found a theocracy. Lengagne regards the creationists as the current spearhead of reactionary political forces. He has produced a detailed report for the European Council's cultural commission on the threat posed by creationist ideas to the educational system in the European Community, pointing out the close collaboration between Christian and Islamic creationists.

Guy Lengagne's report sources the studies of the academic historian Jacques Arnould, whose 2008 book Dieu versus Darwin (God versus Darwin) draws attention to the close relations between the American Institute for Creation Research (ICR) and the Turkish education ministry over more than twenty years.

When Adnan Oktar launched his private academic foundation Bilim Arastirma Vakfi (BAV) in Istanbul in 1991, the list of conference participants included leading figures from the ICR such as Duane Gish and John Morris.

"Capitalism has an interest in uneducated citizens – efficient at their work but nothing more!" Guy Lengagne said in an interview on creationism in 2008. It is always easier to rule over ignorant people than people who think, who ask the right questions and perhaps even protest, he explained.

​​ "There's a sentence in my report that was controversially discussed, but I insisted on it despite all the objections. That sentence is: Preventing the teaching of evolution theory is an assault on human rights," says Lengagne.

"I don't know how many branches of science come together in evolution theory – palaeontology, genetics, probability, continental drift – they all play a role in the evolutionary model. Preventing young people from gaining this knowledge, which humanity has accumulated over hundreds if not thousands of years, means preventing them from understanding the world."

Western media often describe developments in the Islamic world as a "return to traditional values". "That's absolutely incorrect," says the Islam scholar Olivier Roy, who makes out clear parallels between all forms of religious fundamentalism threatening the secular foundations not only of Turkey, in his 2008 book La Sainte Ignorance (Sacred Ignorance).

Traditionalists cite passed-down knowledge, classical exegesis by religious authorities, whereas fundamentalists claim to have direct access to the sacred text. They also stake a claim to universal validity, something previously non-existent in this form. The same Islam everywhere. Cultural, historically evolved differences no longer play a role and are deliberately ignored.

The modern forms of fundamentalism are products of globalisation, says Olivier Roy, taking elements from different cultures and putting them together as one sees fit. Adnan Oktar alias Harun Yahia is a typical example of this strategy:

"It is very important for Harun Yahia to position himself in the centre of an inter-faith dialogue," says so Roy. "He wants to appear less a defender of the Qur'anic truth and more a defender of the creation myth shared by all religions." 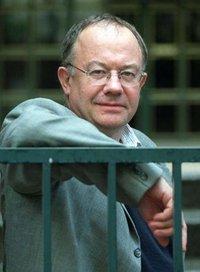 According to Olivier Roy, the creationists have changed their strategy: Whereas they previously announced the "absolute truth of the bible", they are now trying to conquer a field that is not Christian

​​ This strategy is clearly aimed at a European audience, according to Olivier Roy. The Islam scholar can well imagine there are American circles for which it is more important to spread creationist ideas than Christianity itself:

"That's more or less how 'Intelligent Design' works. The creationists have changed their strategy in recent years. While they were previously only interested in announcing the absolute truth of the bible, they're now trying to conquer a field that isn't Christian. They're not saying, 'Creationism is true because it corresponds with the letter of the bible,' any more; what they're saying now is, 'Creationism is true because evolution isn't scientific.'"

So it's a question of finding a non-religious concept that allows criticism of the theory of evolution. And that concept is "Intelligent Design".

What evangelical Christians have in common with Muslim creationists is their fight against materialism and the secular state. More and more examples of this type of multi-faith alliance are emerging, says Olivier Roy:

"I've been observing a phenomenon in Turkey with particular interest for many years: the fact that the movement I refer to as Islamic neo-fundamentalism is orienting itself more and more towards the categories of Protestant evangelicalism."

Olivier Roy believes this also applies to norms – the defence of the family, the attitude towards homosexual marriage and abortion: "This form of neo-fundamentalism is a relatively apolitical movement from the middle class, often going hand in hand with good social integration – and very strict in terms of norms and morals. A movement that is co-opting the subjects of the religious right in America."

Although Adnan Oktar's theses have no scientific basis, they do have a disastrous effect on Turkish society. The editor-in-chief of the Istanbul-based scientific magazine Bilim ve Gelecek cites a study his team carried out at various universities a few years ago:

"Turkey's poor education system means that even many biology students don't believe in evolutionary theory. A sample at five key universities in Istanbul, Ankara and Kocelida showed that 80 percent of respondents – including advanced students – consider Adam and Eve the ancestors of humanity. Of course that's not what they're taught officially in the curriculum, but because the system consists solely of learning by rote the students have no chance to learn the inner logic of scientific thought. They learn evolutionary theory, but they still believe in Adam and Eve."

Opponents of Evolution in Turkey
Mr Oktar and the Internet
The notorious Turkish creationist Harun Yahya is sending free copies of his book, The Atlas of Creation, an anti-evolution manifesto, to people all over the world and no longer shrinks from having Turkish courts block websites nationwide. Kai Strittmatter in Istanbul has the details

Turkish Debate on Darwinism
A Creation Provokes
The editor-in-chief of a science journal in Turkey is losing her job for planning to publish a story on Charles Darwin and his theory of evolution. Kai Strittmatter provides details from Istanbul

Debate over Creationism in Turkey
Evolution under Pressure
In Turkey, scientists and academics are voicing concerns that the country's Islamic-rooted government is increasingly siding with the country's powerful creationist lobby. Dorian Jones reports

END_OF_DOCUMENT_TOKEN_TO_BE_REPLACED
Social media
and networks
Subscribe to our
newsletter