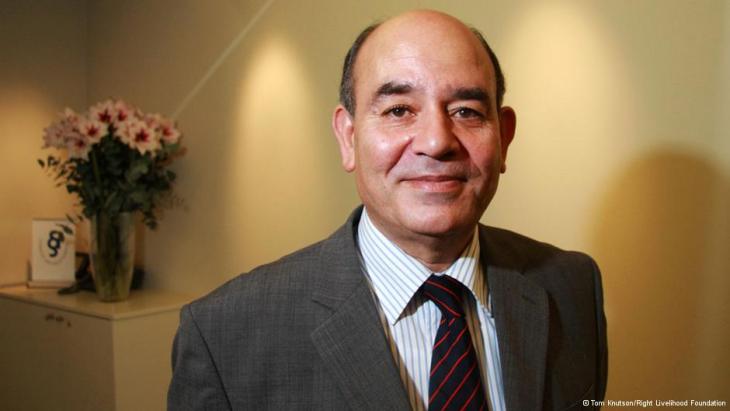 The Palestinian lawyer Raji Sourani has been named laureate of the 2013 'Alternative Nobel Prize' "for his unwavering dedication to upholding the rule of law under exceptionally difficult circumstances". Sourani sees the award as an "incentive not to lose hope". By Ulrike Schleicher

The Alternative Nobel Prize, which is presented by the Right Livelihood Award Foundation, is a major award, and Raji Sourani is the first Palestinian to receive it. Nevertheless, his reaction to the unexpected news that reached him from Stockholm at 10 o'clock in the morning on Thursday, 26 September is anything but effusive.

Naturally, he says when asked how he feels, he is delighted because an award such as this is motivational. He then goes on to say that "above all, the award is important for the people here in the Gaza Strip and the occupied territories because it puts us in the spotlight."

After all, he says, the worst thing for Palestinians is that people are less and less interested in their fate, and that the occupation has become the norm for the international community. 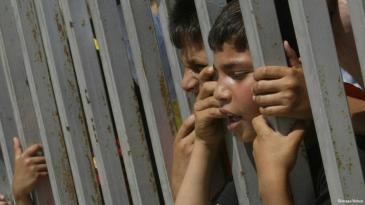 This, at least, is how Sourani sees it. The 59-year-old lawyer and father of two has been defending human rights in the Gaza Strip and the West Bank for decades.

With the support of the Palestinian Center for Human Rights (PCHR), which he himself founded, he represents the victims of human rights abuses and their families in court.

"Our situation is worse than ever before," he says. "We are living a nightmare."

Fighting on all fronts

Perhaps it is only possible for those who experience what Sourani experiences on a daily basis to understand his muted reaction. After all, he is fighting on three fronts simultaneously. To start with, he faces the omnipotence of the Israeli occupiers, which makes some people's lives a misery and often violates fundamental rights. "It's all about freedom of movement, about the right to education, the right to health and the right to work," he says, adding that it is also quite simply about ending occupation after 47 years.

At the same time, the PCHR has to deal with a very rigid Hamas at local level. Here too, there are plenty of examples of decrees and orders that make people's daily lives even more difficult than they already are, for example because travel permits are not being issued.

In the West Bank, the burning issues are freedom of speech, the way people's lives are made difficult by the police, and corruption and bribery within the Palestinian Authority.

Sourani, who studied law in Beirut and Alexandria and lives in Gaza City, has represented countless prisoners and defendants in court. He says that he is not afraid to express his opinions and his convictions "to anyone's face"; when it comes to human rights, he is not willing to compromise. However, Sourani has paid a high price for such strength of character: "I myself have been imprisoned on numerous occasions and have even been tortured." 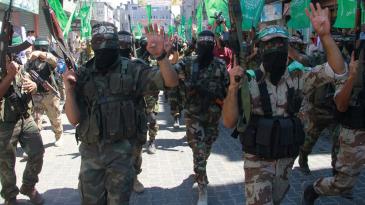 The first time was 1979, when he spent three years in prison in Israel. In the years that followed, he was convicted on a number of occasions and spent several periods in prison. For 13 years, he was not allowed to travel and had to accept unannounced searches of both his offices and home. He was also subjected to what amounts to a virtual ban on exercising his profession: "I was not allowed to visit my clients."

He wasn't popular with the Palestinian Authority (PA) either. Because of his ongoing criticism of the legal system that was established after the Oslo Peace Accords, he was imprisoned by the PA. To his surprise, Sourani discovered that the Palestinian courts shared the Israelis' suppressive understanding of the law. In 1995, Sourani became the PA's first political prisoner.

At the time he said: "I thought that the fight against occupation was the hardest battle, but fighting one's own government for democracy, law and order, and human rights is even more complicated." Looking back, he now says that he was naïve.

Once he was released, he set up the PCHR. For many years now, it has been a highly regarded organisation, employing a total of 64 people in a number of cities including Gaza and Ramallah. Its work is not restricted to representing people in court and writing petitions, the PCHR also monitors and documents human rights violations and organises workshops for lawyers from across the Arab world.

Raji Sourani is an important player on the international stage too. He works with the UN and the EU, with the International Red Cross and the International Criminal Court (ICC). "We want the PA to sign the Rome Statute so that we can take human rights violations in Palestine to the ICC," he says.

Sourani is not welcome in the USA either: his name is on a black list, and he is not permitted to enter the country. This is all the more strange when one considers that he has won the Robert F. Kennedy Human Rights Award, one of the most respected American awards for justice and human rights.

Sourani says that he doesn't worry about things like that or about how all the setbacks he has suffered down through the years could have made him deviate from his course. "It is actually very simple," he says. "We just don't have the right to give up hope."

Palestine is disappearing. From the international agenda, from the map, as a concept. The filmmaker Elia Suleiman from Nazareth reacts in the only possible way: using the language ... END_OF_DOCUMENT_TOKEN_TO_BE_REPLACED

As we digest the details of Donald Trump's Vision for Peace, we need to ask ourselves just one question: does this draft guarantee an Israeli and a Palestinian baby born today ... END_OF_DOCUMENT_TOKEN_TO_BE_REPLACED

As expected the Trump administration released its Israeli-Palestinian peace blueprint on Tuesday, a plan that ignores the Palestinians at the expense of lasting peace. Middle East ... END_OF_DOCUMENT_TOKEN_TO_BE_REPLACED

Beyond the latest crisis with Iran, current U.S. Middle East policy is nothing if not chaotic. Many fear that the Trumpian approach could irreparably damage future U.S. ... END_OF_DOCUMENT_TOKEN_TO_BE_REPLACED

At the suggestion of his Arab students, Israeli psychologist Ofer Grosbard created the project "Quranet", which uses texts from the Koran to solve educational problems in schools ... END_OF_DOCUMENT_TOKEN_TO_BE_REPLACED

Contemporary artist Mona Hatoum is one of those figures whose presence in western capitals stimulates much attention and critical writing, while her exhibitions in Arab cities ... END_OF_DOCUMENT_TOKEN_TO_BE_REPLACED
Author:
Ulrike Schleicher
Date:
Mail:
Send via mail

END_OF_DOCUMENT_TOKEN_TO_BE_REPLACED
Social media
and networks
Subscribe to our
newsletter