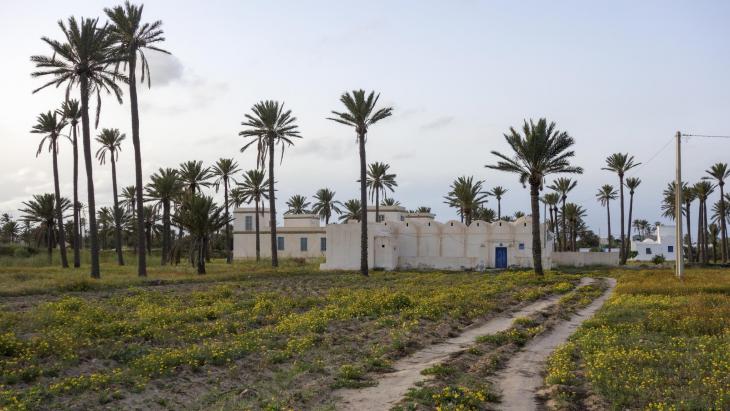 Alternative tourism in Tunisia
Off the beaten tourist track

Demand for the classic Tunisian beach package holiday has slumped as a result of unrest in the wake of the Arab Spring and direct attacks on foreign tourists in recent years. Nevertheless, a small but growing number of local entrepreneurs are pursuing alternatives to the all-inclusive cheap deal, offering experiences that bring visitors closer to the country and its people – and that are kinder to the environment. By Madeleine Löning

Tunisia. Most holidaymakers associate the small north African country with sun, sand, sea and massive, characterless hotels. But the Tunisian package holiday business has been badly hit by unrest associated with the 2011 Arab Spring and the terror attacks of 2015. The dramatic decline in the number of tourists coming to these resorts is driving hotel staff, guides and shop owners into unemployment and afflicting what was already a fragile economic situation in this country.

The crisis in the tourism sector has already resulted in the Tunisian government going back to the drawing board to rethink its tourism strategies and consider potential long-term changes. This is why Selma Elloumi Rekik, the Tunisian Minister for Tourism, who has been in office since 2015, is a particular supporter of developing cultural tourism.

Nevertheless, the state does little to promote interesting historic buildings and charming landscapes off Tunisia's beaten tourist tracks. Alternative and sustainable tourism projects do exist in many places, but to date they have largely been private initiatives.

One person taking a stand against mass tourism on Djerba is Zouheir Ben Tamarout. The idea for an alternative tourism project came to the former financier on Zanzibar. "The place inspired me," says Zouheir. "It's a place where you can have both – an experience of the natural world and cultural diversity." The name of his project, "Tingitingi", means "connection" in Swahili and expresses a vision of "a respectful contact on an equal footing between North and South," he says.

Launched in early 2000 in the form of "Oxala House", the project was in the early days the result of his "disillusionment with the international market economy". Back then, just as now, the entrepreneur aimed to prove that even in a "place consumed by mass tourism, it is possible to establish something different." 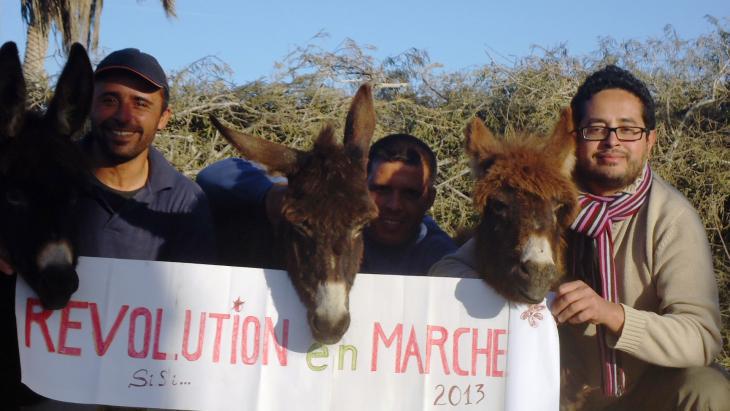 From left: Khaled Kadri, Nagi Kadri and Zouheir Ben Tamarout (and friends!) at Oxala House. "The idea is to show visitors from abroad that there is an alternative kind of holiday and one that is good value too, thereby offering local people a job under fair conditions and in this way, ultimately creating the basis for a tourism that benefits all," says Zouheir

In Oxala House, which is inspired by traditional architectural styles and is just a stone's throw from one of the most beautiful beaches on the island, Zouheir aims to create a lasting connection between tourists and locals. This is why Oxala House offers self-catering accommodation. Guests actively get to know their environment and make contact with local restaurateurs, market traders and fishermen.

"The idea is to show visitors from abroad that there is an alternative kind of holiday and one that is good value too, thereby offering local people a job under fair conditions and in this way, ultimately creating the basis for a tourism that benefits all," says Zouheir with enthusiasm.

Almost all of Zouheir's staff have been involved in the project from the outset. For example the bricklayer Khaled, who originally comes from Sidi Bouzid where the revolution began in 2010, and who erected the first walls of Oxala House. "I wanted to work on a real project," says Zouheir "with people from here who will work with me in the long-term."

Even during the revolution, when package tourism ground to a complete halt in some places, his regular guests remained loyal to him. He happily concludes: "All my staff are always paid, they're never out of work, even when we don't have many guests."

Around 600 kilometres from Djerba, about three quarters of an hour by car to the south of the capital Tunis, Amine Draoui founded the first "eco farm" in Tunisia shortly after the revolution. This is a place where tourists, NGO staff and school classes can learn about the basic principles of organic, eco-friendly farming.

On a plot of land not far from the little town of Mornag, the water science graduate and his supporters created a small Mediterranean paradise: a variety of fruit and vegetables are cultivated on the once-derelict site, and there are two guesthouses built using ecologically sustainable materials.

Unlike Zouheir, Amine isn't aiming his "eco farm" exclusively at foreign tourists. It is his goal to share his extensive knowledge on alternative water treatment procedures and farm management with, above all, the young, local population and pique their interest in their natural environment.

This means that on the "eco farm", sustainability is much more about fostering exchange between urban and rural areas and encouraging a shift from the global to the local tourism market. Visitors to the farm don't just learn about the self-regulating capacity of natural ecosystems, but also how cheese, bread, jam and olive oil are made. 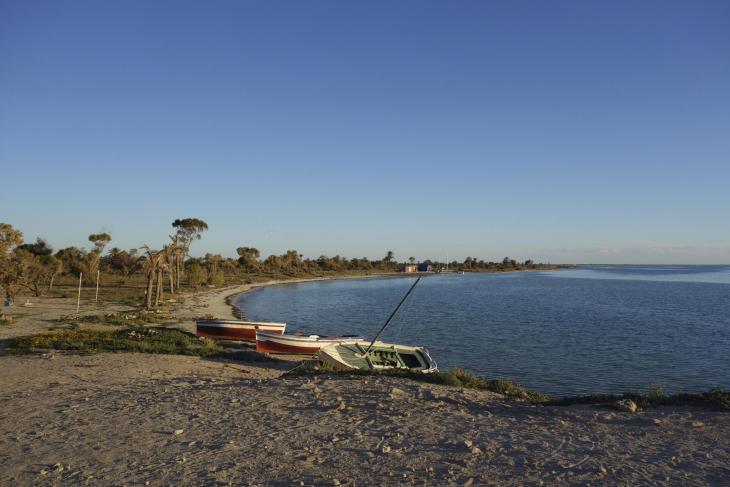 "The problem facing alternative tourism projects in Tunisia is first and foremost their poor visibility and the low profitability and competitiveness. State subsidies generally don't go far enough to even partly cover the costs of realisation and establishment," writes Madeleine Löning. Pictured here: a beach on Djerba that has remained untouched by mass tourism

The problem facing alternative tourism projects in Tunisia is first and foremost their poor visibility and low profitability and competitiveness. State subsidies are generally not enough to even partly cover the costs of realisation and establishment.

"In the end, it's a question of money and resources," declares Zouheir. "I'm fortunate," he explains, "that I don't rely on Oxala House for my livelihood. After all, in today's Tunisia, if you want to set up something alternative, you can't be financially reliant on it." There has been much talk of cultural tourism since the revolution, he continues. But efforts are put on ice every time established package tourism recovers.

Moreover, most foreign tourists – even if they do consider a trip to Tunisia in these turbulent times – are still looking for a cheap beach holiday. If you want to change something, says the entrepreneur, "you have to take matters into your own hands. You can't rely on getting any help from the state or elsewhere. And each and every time, you need to keep asking yourself whether you're staying true to your ideals."

All that remains is to hope that the Tunisian government will realise its plans to change tourism in the long-term and in doing so, oblige the big foreign travel companies to take appropriate action as well. It seems that this is the only way that the current tourism industry crisis could effect a productive change for Tunisia – turning it from a cheap all-inclusive holiday option into a culturally and agriculturally significant travel destination.

The history of Jews and Muslims is far more entangled than you might imagine – but you have to listen out for it. In "Recording History", Christopher Silver takes us on a sonic ... END_OF_DOCUMENT_TOKEN_TO_BE_REPLACED

Welcome to the world of Al Qasar, where Arabic music collides head-on with punk and psychedelic to create something powerful and beautiful. "Who Are We" is a raucous, subversive ... END_OF_DOCUMENT_TOKEN_TO_BE_REPLACED

A conflict rooted in identity is currently gaining traction in Morocco. It began with demands to relieve the "burden" of Fusha (classical Arabic) by implementing a linguistic ' ... END_OF_DOCUMENT_TOKEN_TO_BE_REPLACED

The Women's Africa Cup this year in Morocco was a resounding success. The Moroccan team was the first Arab women's football team to qualify for a World Cup. By John Duerden END_OF_DOCUMENT_TOKEN_TO_BE_REPLACED

The southern shores of the Mediterranean Sea are losing sand faster than almost anywhere else. The ecological and economic damage is immense. The good news is, there are ways to ... END_OF_DOCUMENT_TOKEN_TO_BE_REPLACED

END_OF_DOCUMENT_TOKEN_TO_BE_REPLACED
Social media
and networks
Subscribe to our
newsletter