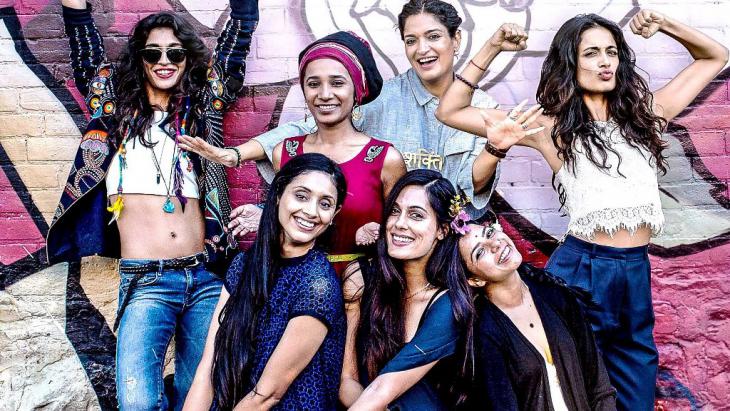 You don′t expect a film about seven young women getting together for a hen-party the night before a wedding to turn out to be a moving political statement concerning equal rights and sexual freedom. But the Indian film ″Angry Indian Goddesses″ is exactly that: a hilarious and entertaining story about seven girls and, at the same time, a bold and loud outcry against sexual harassment and rape – still all too common in India. By Sheila Mysorekar

It starts as a typical Hindi-language ″chic flick″: six young urban women plus a house maid meet in Goa, on India’s west coast, to stay at the holiday home that belongs to one of them. The childhood friends plan to celebrate a weekend of fun and female togetherness, because Frieda, the hostess, is soon to be married.

One interesting twist is that she does not tell her friends who the lucky man is and viewers are also kept in the dark until later in the film. It would spoil it to give away who Frieda is getting married to, so let’s just say it comes as a real surprise.

The seven women live very different lives – one of them is an influential businesswoman, one a struggling musician, one a bored housewife, one a tough environmental activist, one the house maid of the hostess and so on. They talk freely about all aspects of life: love, jobs, men, sex – or the lack of it. They speak about sadness and success.

The frankness of the language and easy-going openness about sexual matters is surprising. Viewers feel they are getting to know the women well, as they become witnesses of personal secrets, hopes and ambitions.

The little daughter of the stressed-out businesswoman is present too. The silent girl′s role becomes decisive in a totally unforeseeable way later in the film. Twists and turns in the plot are frequent and keep the viewer on edge. Nothing is as it appears.

Although there is a lot of laughter throughout the film, the story also has its dark and dramatic moments. One involves a gang of rapists brutally attacking one of the women. Her friends’ response shows a wrath of a magnitude equalling Kali, the Indian goddess of death and life – hence the title. The movie does not show women as mere victims, but as empowered individuals who take matters into their own hands. 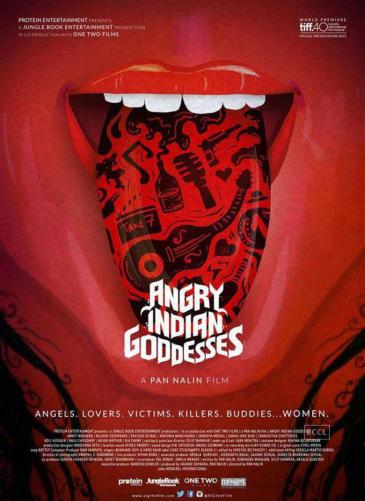 Popular abroad, a scandal at home: At the Toronto International Film Festival in Canada, “Angry Indian Goddesses” took second place in the People’s Choice Awards. ″What we started in a little village of Goa has gone global beyond all our goals,″ said film director Pan Nalin. Indian audiences, however, only got to see a censored version of the film

Excellent acting, camera and editing give the story credibility at every level. The lush tropical landscape of Goa provides an alluring backdrop. In the best Hindi film tradition, music is very important.

The feature film ″Angry Indian Goddesses″ was released in India in December 2015 and has since received a lot of media attention. Reviews have been excellent and the feedback from audiences positive. The screenplay is an important contribution to the on-going debate on sexual harassment in India. It takes a clear and unequivocal stance against the widespread impunity for rape offenders.

At the Toronto International Film Festival in Canada, “Angry Indian Goddesses” took second place in the People’s Choice Awards and at the Rome Film Festival in Italy it received the Audience Choice Award. ″What we started in a little village of Goa has gone global beyond all our goals,″ film director Pan Nalin stated, adding that ″it is a celebration of Indian womanhood.″

The Indian public, however, only gets to see a censored version of the movie. The Central Board of Film Certification ordered many cuts to be made and swear words to be blanked out.

The film is now being released in 50 countries. At the premiere in Germany, several actresses were present. They spoke highly of the director Pan Nalin, a man who gave his team ″maximum freedom to develop the story line together.″

The actresses were also very clear on the film’s premise of speaking out against sexual harassment and rape. At the same time, they took a stance in favour of sexual freedom and legalising homosexuality. ″This does not only concern India,″ said Rajshri Deshpande, one actress. ″Rape and sexual harassment are worldwide problems. This needs to be addressed everywhere.″ 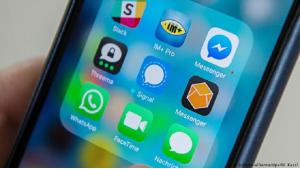 The collapse of the healthcare system during the latest COVID-19 surge has driven desperate Indians to seek help on social media. As adults struggle to cope with medical shortages ... END_OF_DOCUMENT_TOKEN_TO_BE_REPLACED

It’s hard to convey the full depth and range of the trauma, the chaos and the indignity that people are being subjected to. Meanwhile, Modi and his allies are telling us not to ... END_OF_DOCUMENT_TOKEN_TO_BE_REPLACED

India hits record numbers of COVID-19 infections worldwide for the sixth day running, as health systems buckle under the pressure, and shortages of medical oxygen and hospital ... END_OF_DOCUMENT_TOKEN_TO_BE_REPLACED

The USA and NATO plan to withdraw from Afghanistan by September. The operation is risky, the outcome uncertain. Many Afghans fear civil war. The quake on the Hindu Kush will also ... END_OF_DOCUMENT_TOKEN_TO_BE_REPLACED

Freedom of the press is the mortar that binds together a free society. If Indian Prime Minister Narendra Modi’s efforts to de-institutionalise what used to be a dynamic and ... END_OF_DOCUMENT_TOKEN_TO_BE_REPLACED
Author:
Sheila Mysorekar
Date:
Mail:
Send via mail

END_OF_DOCUMENT_TOKEN_TO_BE_REPLACED
Social media
and networks
Subscribe to our
newsletter